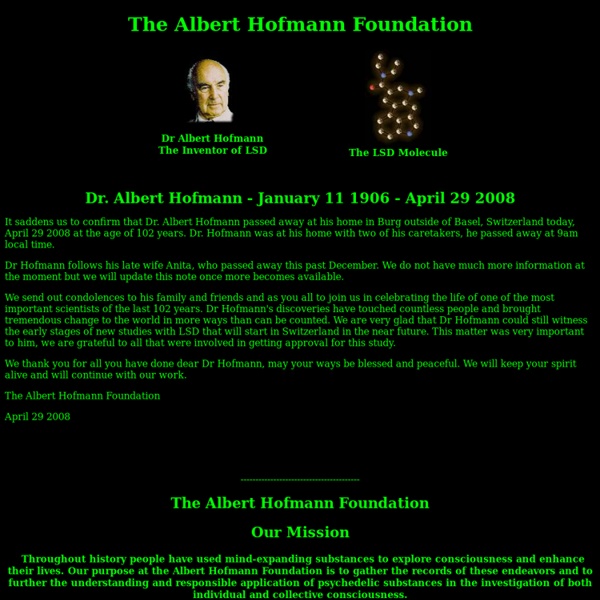 LEGENDARY SURFERS: "Lords of Acid" [Excerpt of "LORDS OF ACID, How the Brotherhood of Eternal Love Became OC’s Hippie Mafia," By NICK SCHOU, Orange County Weekly, July 7, 2005 ] Thumper knew it was time to run away from home when he saw his dad’s car in the driveway. He was walking home from Laguna Beach’s Thurston Middle School, heading up the hill to his house, reflecting on the fact that, months after the Summer of Love, his mom and dad weren’t quite finished beating the hell out of each other. His dad was vice president of a major perfume manufacturer, rich, and angry. Later that day, Thumper’s older sister, home on break from UCLA, called. His sister never came home. A month later, Thumper came home from school and heard yelling and screaming again. “So I went in search of my sister and stopped by Mystic Arts right across from Taco Bell” on Pacific Coast Highway. Thumper thumbed a ride. He tapped his buck-naked sister on the shoulder. “She’s like, ‘Not on me.’ The Brotherhood viewed marijuana and acid as sacraments.

Carl A. P. Ruck Carl A. P. Ruck (born December 8, 1935, Bridgeport, Connecticut), is a professor in the Classical Studies department at Boston University. He received his B.A. at Yale University, his M.A. at the University of Michigan, and a Ph.D. at Harvard University. Entheogen theory[edit] Carl Ruck is best known for his work along with other scholars in mythology and religion on the sacred role of entheogens, or psychoactive plants that induce an altered state of consciousness, as used in religious or shamanistic rituals. The book The Road to Eleusis: Unveiling the Secret of the Mysteries, co-authored by Ruck with Albert Hofmann and R. The Apples of Apollo: Pagan and Christian Mysteries of the Eucharist (2001) explores the role that entheogens in general, and Amanita muscaria in particular, played in Greek and biblical mythology and later on in Renaissance painting, most notably in the Isenheim Altarpiece by Matthias Grünewald. Bibliography[edit] References[edit] External links[edit]

Book Menu THE DOORS OF PERCEPTION by Aldous Huxley Huxley's classic from 1954, which sparked the rediscovery of psychedelics by a wide and varied audience. "There is nothing the pen of Huxley touches which it does not illuminate, and as the record of a highly civilised, brilliantly articulate man under the influence of an astonishing drug, The Doors of Perception is a tour de force." — The Daily Telegraph, London. ©Mrs. Laura Huxley THE JOYOUS COSMOLOGY by Alan W. One of the world's leading investigators of the psychology of religion evaluates the psychedelic experience both objectively and from the vantage of the author's own personal experiments. LSD, MY PROBLEM CHILD by Albert Hofmann Albert Hofmann, inventor of LSD and discoverer of psilocybin, the active principle of the "magic mushroom," recounts the history of his discoveries. Acting on an insight into the true nature of the Mysteries of Eleusis, R. THE ECSTATIC ADVENTURE edited and introduced by Ralph Metzner THE NATURAL MIND by Andrew Weil

Fitz Hugh Ludlow hypertext library Welcome to the Fitz Hugh Ludlow Hypertext Library, concentrating primarily on the life and works of Fitz Hugh Ludlow and on pre-prohibition (pre-1937) cannabis use in the United States, with a few other related topics thrown in for good measure. Among the hypertext documents you can browse through at this library are: A Biography of Fitz Hugh Ludlow by Dave Gross.The Apocalypse of Hasheesh -- An essay published anonymously by Fitz Hugh Ludlow that formed the basis for his later book.The Hasheesh Eater -- the book by Ludlow, first published in 1857.What Shall They Do to Be Saved? Excerpts from "An Essay on Hasheesh" by Victor Robinson, from the Medical Review of Reviews (1912)."On the Haschisch or Cannabis Indica" by John Bell, M.D. From The Boston Medical and Surgical Journal April 1857." For additional information on cannabis, check out the Sputnik Cannabis Page or the Sputnik THC Page. The Sputnik Drug Information Zone

The Atlantean Conspiracy - 45 Jesus, Santa, Mithra and the Magic Mushroom "Have you ever wondered why on Christmas we cut down/carry evergreen trees inside our houses, decorate them with fancy ornaments, and place presents underneath them? So, why do people bring Pine trees into their houses at the Winter Solstice, placing brightly colored (Red and White) packages under their boughs, as gifts to show their love for each other and as representations of the love of God and the gift of his Sons life? It is because, underneath the Pine bough is the exact location where one would find this ‘Most Sacred’ Substance, the Amanita muscaria, in the wild.” –James Arthur, “Mushrooms and Mankind” (8) The Amanita muscaria is the red and white magic mushroom that grows almost exclusively beneath Pine trees. 1 - Comment received by Email from Dave Spacey: 'There is no DMT in Amanita Muscaria.' The pinecone shaped pineal gland is an organ that produces the same DMT found in the pine tree fungus, Amanita muscaria.

| Alternet Photo Credit: By Gabor Gastonyi (Clare Day) [CC-BY-SA-3.0 ( or GFDL ( via Wikimedia Commons Editor's Note: Gabor Mate says the "unconscious mind" can cause medical afflictions like cancer, addiction and trauma. In his speech at the Psychedelic Science 2013 conference, Mate rejects the assumption that the human mind and body are separate entities, and points to an inherant connection between psychological/environmental experiences and medical afflictions. He contends that the war on drugs is actually a war on drug addicts, and speaks to the addiction cessation potential of psychedelic substances. My subject is the use of ayahuasca in the healing of all manner of medical conditions, from cancer to addiction. And you might say what can possibly a plant do to heal such dire and life-threatening medical problems? Underlying that set of assumptions are two other assumptions. Cancer Addiction Now addiction.

The World's First Hippies and Their Marijuana Sauna One of my favorite ancient historians is the entertaining and garrulous old Greek Herodotus (b. 484 BC), called the "father of history" by some and the "father of lies" by others. Herodotus was famous for reporting what he heard, which was often fantastic. His book centered on the conflict of Greece and Persia, and in so doing, he took the time to explain the customs and geography of the non-Greek world, from the oldest (Egypt) to the youngest (the Scythian nomads). Throughout, his attitude is exemplified by a comment he makes on Persian customs. After describing the Magi's Zoroastrian custom of killing evil animals (those created by the devil Ahriman such as ants, snakes, cats, and so on, unlike cows, dogs, and other good animals created by the good god Ahura Mazda), he says, "Well, it is an ancient custom, so let them keep it" (p. 58). He also gave the first ethnographic description of a pastoral nomadic people, the Scythians. Like totally far out!

10 Scientific and Technological Visionaries Who Experimented With Drugs - StumbleUpon Same here. We evolved along with, and because of, our diet. There weren't any classifications of "illegal drugs" back then, and these things flourish in all sorts of conditions in the wild - it's hard not to imagine at least occasional consumption. Considering mankind's predilection to experimenting with consciousness, along with the unique effects of these substances (including euphoria), it was probably more than occasional. If these fungi were part of a diet over time, they'd likely have some effect on our development. At the very least, to assume that these type of natural and prolific plants/substances had no part in our evolution would seem foolish. I just love the idea of psychoactive botanicals spurring hominid consciousness to a higher quantum state — the booster shot needed to make that leap forward in intelligence. SExpand Exactly!

Globalization of Addiction DAATH2 > KÖSZÖNTŐ SHOP - Psychedelic Press Nemu's Science Revealed out now! Science Revealed shows the process of apocalypse at work in scientific discovery, in the psychology of non-normal states, and in transformative catastrophes in evolutionary and social history. Despite the inelegance of street preachers and the disinterest of the sensible majority, the apocalypse is relevant to our lives, and becoming more so every day. Part 2 is due out in the Autumn. "Erin, is a tour de force - a riot shot through with shafts of light and garbled mists of doom. - Leaf Fielding, author of To Live Outside the Law

The Second Coming of Psychedelics Ric Godfrey had the shakes. At night, his body temperature would drop and he’d start to tremble. During the day, he was jumpy. He started drinking and drugging, anything to numb out. Years passed before a Department of Veterans Affairs counselor told him he had severe posttraumatic stress disorder, or PTSD. Counseling helped a little, but the symptoms continued. Then one of his Seattle neighbors—a woman who also suffered from PTSD—told him about a group of veterans who were going down to Peru to try a psychedelic drug called ayahuasca, a jungle vine that is brewed into a tea. The next thing Ric knew, he was crawling into a tent on a platform out in the middle of the Amazon jungle. “Your body will not keep it in you,” Ric recalled. Three years later, Ric Godfrey says he hasn’t had a single symptom of the shakes or night terror since he came back from the jungle. “I’ve always been afraid that someone was out to get me, but I don’t have that fear anymore,” he says.