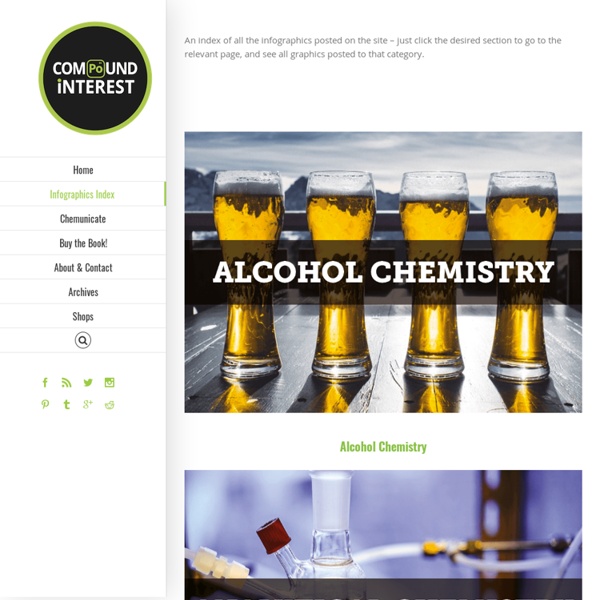 Networks of Genome Data Will Transform Medicine Breakthrough Technical standards that let DNA databases communicate. Why It Matters 7.6 Molecular Structure and Polarity Learning Objectives By the end of this section, you will be able to: Predict the structures of small molecules using valence shell electron pair repulsion (VSEPR) theoryExplain the concepts of polar covalent bonds and molecular polarityAssess the polarity of a molecule based on its bonding and structure Thus far, we have used two-dimensional Lewis structures to represent molecules.

Thermometer measures temperature to 30 billionths of a degree The thermometer is three times more accurate than current systemsIt works by circulating green and red light around a disc-shaped crystalAs the crystal heats up, the red light slows down compared to green lightBy forcing the light to circulate thousands of times, scientists can measure the difference in speed - and as a result temperature - with great precision By Ellie Zolfagharifard Published: 13:15 GMT, 2 June 2014 | Updated: 14:46 GMT, 2 June 2014 Scientists have developed the world’s most sensitive thermometer capable of measuring temperature to 30 billionths of a degree. The device, named the nano-Kelvin thermometer, is three times more precise than the best thermometers in existence. It is so precise that scientists claim they are able to measure the temperature changes of objects as their atoms move around.

We're More than Stardust — We're Made of the Big Bang Itself Transcript Anna Frebel: The work of stellar archaeology really goes to the heart of the "we are stardust" and "we are children of the stars" statement. You’ve probably heard it all but what does it actually mean? We are mostly made all humans and all life forms that we know of are made mostly of carbon and a bunch of other elements but in much lesser quantities. Where does this carbon come from? Well, you could say it comes from the Earth and yes that is true. Getting your practical programme together - OSC IB Blogs Hopefully, by now you will have had time to reflect on the new course and start thinking about your practical programme (PSOW). It is my intention of this blog post ot give you some ideas of things you can add to your PSOW. Are you aware of the ten mandatory labs / skills that you are expected to teach your students?

Oxford University scientists create a 'SUPERNOVA' in the lab A team from Oxford University have recreated a supernova explosionThe experiment was performed with the UK's Vulcan laser facilityThey heated a rod to millions of degrees by focusing 3 laser beams on itThe rod then exploded into a surrounding gas, mimicking the interaction between a star going supernova and the interstellar mediumResults prove that supernovas do not expand uniformly as once thoughtCould also solve the mystery of how magnetic fields formed in the universe By Jonathan O'Callaghan Published: 11:24 GMT, 2 June 2014 | Updated: 14:34 GMT, 2 June 2014 A team of scientists have recreated a supernova in a laboratory. Using laser beams 60,000 billion times more powerful than a laser pointer, the Oxford University team made scaled supernova explosions on a table-top. They say this could be used to study supernova explosions in the laboratory, instead of observing them in space.

Monkey teeth hint at a miraculous marine migration to North America Scientists have long thought that monkeys first ventured from South America into North America no earlier than about 4 million years ago, when the two continents merged. But seven teeth unearthed in Panama may change that story. These monkey teeth were discovered encased in 21-million-year-old rocks. This suggests that the primates accomplished the impossible: they crossed the more than 100 miles of ocean that separated South America from North America at the time. These prehistoric monkeys, which probably looked like today's capuchin monkeys, are the only mammals known to cross this watery boundary so early, says Jonathan Bloch.

3-D Biological Molecules Listed below are links to pages containing 3-dimensional displays of models of molecules of Biological interest. These may be moved in an intuitive way using the computer mouse or touchscreen. In the explanatory text are links which highlight features of the molecule or give extra information. List of unsolved problems in physics Some of the major unsolved problems in physics are theoretical, meaning that existing theories seem incapable of explaining a certain observed phenomenon or experimental result. The others are experimental, meaning that there is a difficulty in creating an experiment to test a proposed theory or investigate a phenomenon in greater detail. Unsolved problems by subfield[edit] The following is a list of unsolved problems grouped into broad area of physics.[1] Cosmology, and general relativity[edit] Cosmic inflation

Global Warming’s Terrifying New Chemistry - BillMoyers.com A Cabot Oil and Gas drill at a hydraulic fracturing site in 2012 in Springville, Pennsylvania. (Photo by Spencer Platt/Getty Images) This post originally appeared at The Nation. Global warming is, in the end, not about the noisy political battles here on the planet’s surface. It actually happens in constant, silent interactions in the atmosphere, where the molecular structure of certain gases traps heat that would otherwise radiate back out to space.

The physics of water drops and lift-off The flow of fluids is one of the most complex, beautiful, and amazing things in physics. Slow motion pictures of drops landing on water or of two fluids mixing can be simply gorgeous. Even more amazing, the basic physics of fluid flow was worked out way back in the 19th century. Those equations, though, hold riches that are still being uncovered today.