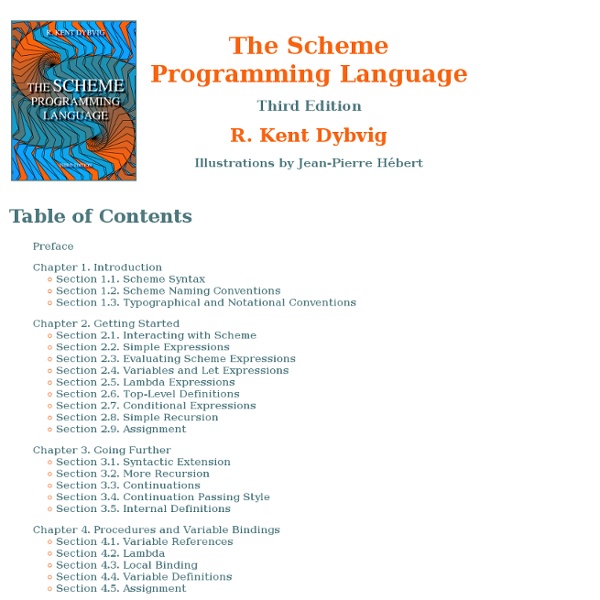 Squeak by Example Structure and Interpretation of Computer Programs A powerful programming language is more than just a means for instructing a computer to perform tasks. The language also serves as a framework within which we organize our ideas about processes. Thus, when we describe a language, we should pay particular attention to the means that the language provides for combining simple ideas to form more complex ideas. Every powerful language has three mechanisms for accomplishing this: primitive expressions, which represent the simplest entities the language is concerned with,means of combination, by which compound elements are built from simpler ones, andmeans of abstraction, by which compound elements can be named and manipulated as units. In programming, we deal with two kinds of elements: procedures and data. In this chapter we will deal only with simple numerical data so that we can focus on the rules for building procedures.4 In later chapters we will see that these same rules allow us to build procedures to manipulate compound data as well.

Simple Scheme, for Android I was on the train, wanted to write some code, and I though, "I wonder if there are any good Scheme implementations for my phone?". I didn't find any that were simple, easy to use, and efficient (the first one I installed crashed my phone). I also wanted to be able to write graphical and interactive programs easily (see image examples and/or big-bang/interaction examples). So... I started an implementation of all the major features I could think of (see traditional Scheme forms and examples). The execution needed to be tail-recursive, and even non-tail-recursive functions shouldn't run out of stack space, so I implemented a continuation-passing style interpreter with efficient binding and lookup. While I tried to remain faithful to the term "Scheme-like", I made a few changes to the language (and the implementation) to make the it a little easier. Like traditional Scheme, Simple Scheme supports define, define-struct, begin, let, and many other forms/expressions. Simple stuff... Symbols...

Higher-Order Perl by Mark Jason Dominus Order Higher-Order Perl online from Powell's Books Download full text here There are three versions available. License reminder Higher-Order Perl is copyright ©2005 by Elsevier Inc. You may download the book for your personal use, but you may not distribute it to other people, either individually or by uploading it to a file-sharing service. Although the text is available for free, Higher-Order Perl is not in the public domain and is not available under a free license of any sort. This is the publisher's own PDF proof of the second version, which was sent to the printers in August 2005. This is better than the bootleg copies available from download sites in at least three ways: It is the complete text of the second printing, which incorporates many minor corrections; the bootleg copies are all bootlegs of the first printing. Download the whole book. Reformatted with less marginal whitespace for mobile devices. Download individual chapters How was this created? MOD package

Frink What's New * FAQ * Download * Frink Applet * Web Interface * Sample Programs * Frink Server Pages * Frink on Android * Donate About Frink Frink is a practical calculating tool and programming language designed to make physical calculations simple, to help ensure that answers come out right, and to make a tool that's really useful in the real world. It tracks units of measure (feet, meters, kilograms, watts, etc.) through all calculations, allowing you to mix units of measure transparently, and helps you easily verify that your answers make sense. It also contains a large data file of physical quantities, freeing you from having to look them up, and freeing you to make effortless calculations without getting bogged down in the mechanics. Perhaps you'll get the best idea of what Frink can do if you skip down to the Sample Calculations further on this document. Frink was named after one of my personal heroes, and great scientists of our time, the brilliant Professor John Frink. Features

Programming Pearls by Jon Bentley. Addison-Wesley, Inc., 2000. ISBN 0-201-65788-0. 239 + xi pp. $24.95 This book is a collection of essays about a glamorous aspect of software: programming pearls whose origins lie beyond solid engineering, in the realm of insight and creativity. The book is full of small case studies, real examples, and interesting exercises for learning about how to program. Steve McConnell describes the book as ``a celebration of design in the small''. What's new on this web site? From The BookTable of ContentsPrefacePart I: Preliminaries Column 1: Cracking the Oyster Column 2: Aha! About The BookWhy a Second Edition? Supporting MaterialSource CodeWeb Sites Relevant to the BookAnimation of Sorting AlgorithmsTricks of the TradeTeaching Material Other Links