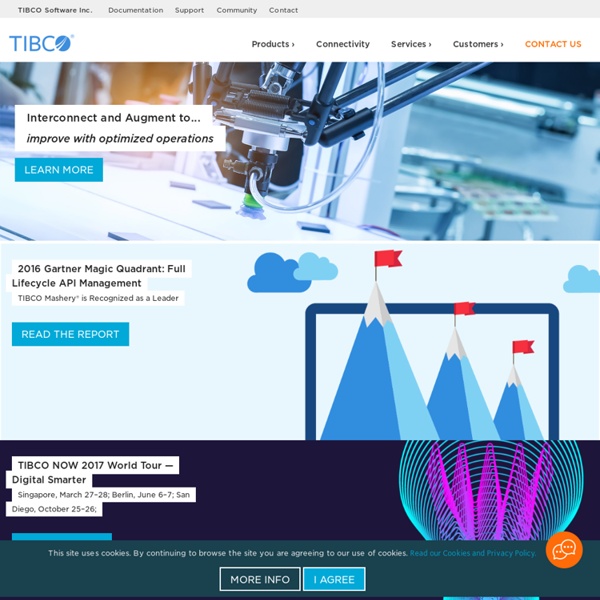 Tableau Software - Wikipedia Tableau Software (/tæbˈloʊ/ tab-LOH) is a software company[2] headquartered in Seattle, Washington, United States which produces interactive data visualization products[3] focused on business intelligence.[4] It initially began in order to commercialize research which had been conducted at Stanford University's Department of Computer Science between 1999 and 2002.[5] It was founded in Mountain View, California in January, 2003 by Chris Stolte, who specialized in visualization techniques for exploring and analyzing relational databases and data cubes.[6] The product queries relational databases, OLAP cubes, cloud databases, and spreadsheets and then generates a number of graph types. Public company[edit] On May 17, 2013, Tableau launched an initial public offering (IPO) on the New York Stock Exchange,[14] raising more than $250 million USD.[15] Prior to its IPO, Tableau raised over $45 million in venture capital investment from investors such as NEA and Meritech.[15] Awards[edit]

Business Process Improvement - Cordys Overview Successful businesses need to be built-to-change. However, many organizations are hindered by IT landscapes that are built-to-last. Opentext Cordys closes this gap through a powerful, next generation Business Process Management Suite that enables organizations to adopt and embrace change and at the same time stay in control. Knowledge Base Lavastorm Analytics offers a full range of face to face training services for the Lavastorm Analytic Engine, Lavastorm Spend Analyzer and the Lavastorm Fraud Manager. Our training is designed to enhance learning through hands-on experience and real world examples to allow you to become a data hero. Training is delivered at your location by one of our experienced and knowledgeable team We have several standard training offerings, or bespoke training events can be created to suit your business’s needs.

Root Solutions and the Story of Stuff It’s very exciting to see one of our projects, Root Solutions, featured for the cool work that they are doing, and what better place to be featured than on the Story of Stuff Project blog? Root Solutions is dedicated to providing conservationists and policy makers with tools and resources informed by the proven methods of behavioral science, allowing them to create more effective campaigns, polices and strategies that reflect how people process information and make decisions. With techniques like, “green nudges,” people can be motivated to use behavior that is both good for them and good for the environment. The project is the brainchild of Nya Van Leuvan and Rod Fujita, who met at the Environmental Defense Fund where they led the introduction of decision science to their colleagues.

RefineExtension - lmf - Google Refine Extension - Linked Media Framework Google Refine/OpenRefine is a power tool for working with messy data, cleaning it up, transforming it from one format into another, extending it with web services, and linking it to other datasets. Built on top of the RDF extension developed by DERI, LMF offers another extension to easily work with the Linked Media Framework. Depending of what's your profile, one of the following two links might be interesting for you: Microsoft Data is everywhere You may be sitting on a goldmine of data, but unable to access and combine it into a single, reliable source of information. Tools to do this have been out of reach for most small and midsize businesses. Now, with Power Query in Excel and Office 365, quick access to data you need to discover profitable opportunities is not only a reality—it’s easy.

A Cognitive Trick for Solving Problems Creatively Many experts argue that creative thinking requires people to challenge their preconceptions and assumptions about the way the world works. One common claim, for example, is that the mental shortcuts we all rely on to solve problems get in the way of creative thinking. How can you innovate if your thinking is anchored in past experience? But I’m not sure that questioning biases from your past experience and assumptions is the best path to creative problem solving — it simply does not seem to fit well with how the mind actually works. The role of thinking processes in decision making was made prominent by Daniel Kahneman and the late Amos Tversky, whose Nobel Prize–winning research argues that economic decision makers are subject to deeply held cognitive biases. Anchoring, in which people address new problems by applying decisions they have made on similar problems in the past, explains the irrationality of much economic decision making.

MicroStrategy The most comprehensive business intelligence platform in the industry. MicroStrategy is the world’s most comprehensive and trusted BI platform, designed from the ground up and proven to support the most demanding analytics applications. Our unified, organically developed, architecture is built on the core of a single foundational metadata—ensuring trust across any style of analytics and easy scalability as your business grows. Industrial-strength.

Blue Ocean Strategy Blue Ocean Strategy is a book published in 2005 and written by W. Chan Kim and Renée Mauborgne, professors at INSEAD and co-directors of the INSEAD Blue Ocean Strategy Institute. Based on a study of 150 strategic moves spanning more than a hundred years and thirty industries, Kim & Mauborgne argue that companies can succeed not by battling competitors, but rather by creating ″blue oceans″ of uncontested market space. They assert that these strategic moves create a leap in value for the company, its buyers, and its employees while unlocking new demand and making the competition irrelevant. The book presents analytical frameworks and tools to foster an organization's ability to systematically create and capture blue oceans.[1] The expanded edition of Blue Ocean Strategy was published in February, 2015.

Utility and Consumer Data: A New Source of Power in the Energy Internet of Things We are living through what you could call the era of the electricity dilemma. On one hand, electricity remains a driving force of economic development. On the other hand, electrical infrastructure is not only extremely expensive, but its continued reliance on fossil fuel sources is one of the major contributors to carbon pollution. More than 1.3 billion people still aren’t connected to the grid, largely because of the cost and complexity of the process. Nevertheless, electric power generation is expected to grow by 93 percent by 2040, and the vast majority of that growth will occur in non-OECD nations.