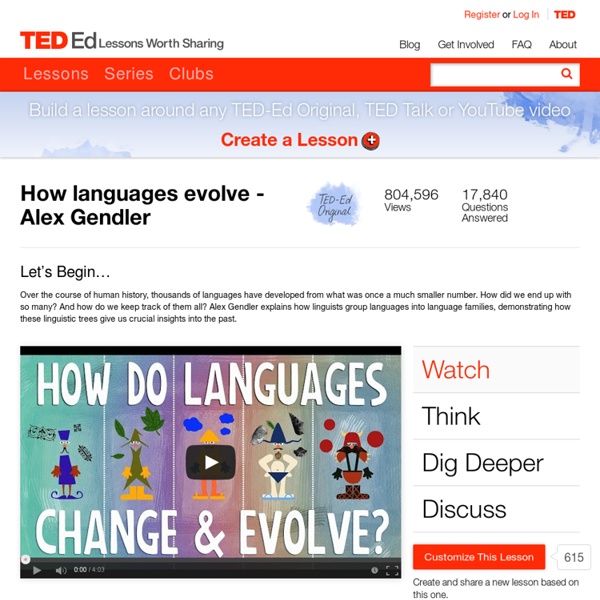 What is the difference between "a hearty welcome" and "a cordial reception"? In a brief, action-packed history of the English language, Kate Gardoqui explains why these semantically equal phrases evoke such different images. What do Game of Thrones’ Dothraki, Avatar’s Na’vi, Star Trek’s Klingon and LOTR’s Elvish have in common? This incredibly thorough map shows the branching diversity of languages throughout the history of the world. "The object of inquiry in linguistics is human language, in particular the extent and limits of diversity in the world’s languages. From the BBC, here's "a guide to which languages are most widely spoken, hardest to learn and other revealing facts." Music is a powerful communication tool--it causes us to laugh, cry, think and question.