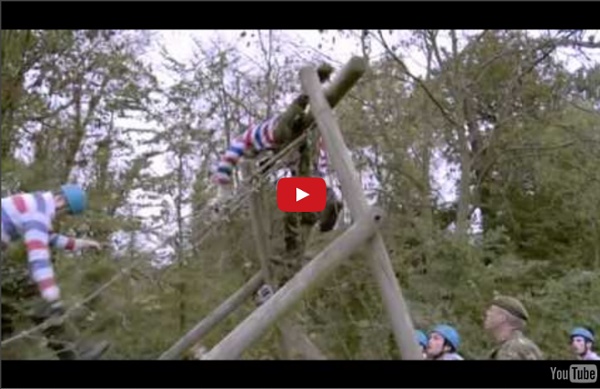 Vidipedia - The Video Encyclopedia British Schools Explained Anglophenia Ep 25 YouTub Teaching Your Students How to Have a Conversation I was recently in a third grade classroom and was struck by the presence of rules that were posted for how to have a conversation. The poster said, "Each person must contribute to the discussion but take turns talking. Ask each other, 'Would you like to add to my idea?' or 'Can you tell us what you are thinking?' Having visited many middle and high schools, I think these same rules could -- and probably should -- be posted there as well. Maybe you have also observed how common it is nowadays for students to not know how to have a conversation. 8 Tips for Speaking and Listening While it is impossible to know all of the reasons, there is no doubt that learning to listen and talk is an extremely important way to broaden knowledge, enhance understanding and build community. 1. Make a point of having one-to-two minute interactions, one-on-one, at least a few times each week with students who struggle conversationally. "Really?"" 2. 3. "What happened to make you feel that way?"" 4. 5. 6. 7. 8.

Educational Videos: 197 Educational YouTube Channels You Should Know About - InformED : Spring Nature Photo Scavenger Hunt It’s official: Spring has begun! Which means it’s time to kick off the spring nature photo scavenger hunt. Here’s how it works: I’ve come up with 30 things you and your kiddos can “hunt for” outside this spring. Find an item, snap a picture and check the item off your list. Will you be able to find everything before summer gets here? Don’t worry if your little explorer isn’t an aspiring photographer or sometimes needs your help to snap a shot. To help keep you inspired all season long, I’ll be sharing photos we take here every week as part of a new feature I’m calling “Saturday Snapshot.” Join the fun! Once you and/or your kiddos have taken a photo, there are lots of ways to share: Share your photo on the Go Explore Nature Facebook page. Ready to play along but need some ideas for getting outside?

ProjectBritain.com - A resource of British Life and Culture in the UK by Woodlands Junior TeacherTube - Teach the World Oral presentation Melissa: Hi, everyone! Today I would like to talk about how to become the most popular teen in school. Firstly, I think getting good academic results is the first factor to make you become popular since, having a good academic result, your teacher will award you in front of your schoolmates. Then, your schoolmates will know who you are and maybe they would like to get to know you because they want to learn something good from you. Secondly, I think participating in school clubs and student unions can help to make you become popular, since after participating in these school clubs or student union, people will know who you are and it can help you to make friends all around the school, no matter senior forms or junior forms. In conclusion, I think to become the most popular teen in school we need to have good academic results and also participate in school clubs and student union. Kelvin: Good evening, everyone! But, should the government make it illegal?

British Life and Culture in the UK - Woodlands Junior School Must Watch Documentaries About The U.S. Real Scientific Evidence of Controlled Implosion "The preconceived notion of NIST is that there's no evidence for explosives, as in there is no point in looking. That is the most unscientific thing which you can possibly think of. Not to look because you don't expect to find evidence and in fact the evidence is overwhelming. War is All About Money and Control "There is a machine here that wants to go to war. A Brief Look at the New TSA The newly rolled out full body scanning machines at airports do not only pose a huge privacy concern, but they also present a major health concern because of the significant amounts of radiation they emit. The Truth About Globalization "I've met a lot of terrorists, I've interviewed them for books, I've never met one who wanted to be a terrorist. Dogs Are More Reliable Than These Machines Hitler Had the Help of Corporations The information age was not born in Silicon Valley; it was born in Berlin in 1933. Chris Hedges' Remarkable Speech Can't Walk The Talk

Book Talk: Divergent by Veronica Roth Since I began teaching I have dreamed of sharing one of my favorite novels with my students and experiencing that excitement and anticipation that is associated with diving into a new world of characters and places. Unfortunately, I was never able to make that happen because of a lack of time, not having the resources, and plenty of other excuses that I made. All that changed, however, when I stumbled across this amazing organization, First Book. First Book is an organization dedicated to providing books to children in need. If you teach in a Title I or low income school, you can sign up on their website to apply for book grants or shop in their marketplace for heavily discounted books for your students. I have been extremely lucky to have be awarded three separate book grants from First Book. If that was not enough, I was beyond excited to learn that my favorite novel Divergent by Veronica Roth was for sale in the First Book Marketplace. My students were hooked from day one!