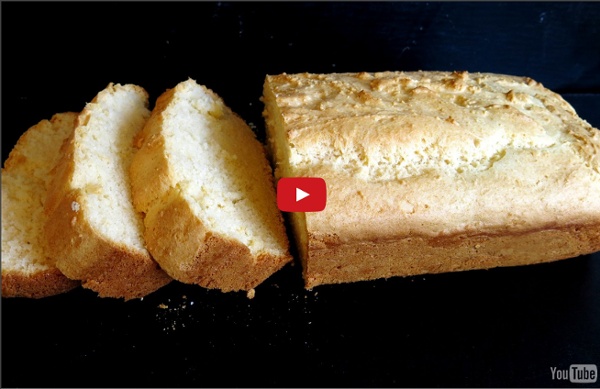 even i didn’t jump first Caramel Apple Cheesecake Parfait our first holiday recipe was these cranberry orange mini cheesecakes. today we are showing you how to make caramel apple cheesecake parfaits, and they are my personal favorite of the three. these make great little gifts or the perfect dessert for your dinner party. caramel apple cheesecake parfaitingredients • 1 pkg. (8 oz.) how to make the cheesecake… MIX cream cheese and 2 Tbsp. sugar until blended; stir in yogurt. MELT butter in large skillet on medium heat. MICROWAVE caramel sauce in microwaveable bowl on HIGH 30 sec. or until warmed; stir in salt. LAYER half each of the graham crumbs, cream cheese mixture, apples and caramel topping in 4 parfait glasses. *you can always substitute peach slices for the apple slices. a collaboration with: philadelphia cream cheeserecipe + photos by: leslie grow for designlovefestwant more food posts?

We Need More Mary Sues On the subway last night, I saw a woman giving her son a new Avengers cup. It was pretty awesome. All the important Avengers were on it. In fact, the only characters missing were Hawkeye and Black Widow. The problem is that Hawkeye is one of five male Avengers, but Black Widow is the only female Avenger. She is, in short, not enough of a Mary Sue. “Mary Sue” has been an insult for “unrealistic” female characters for quite a while, but “Mary Sue” is the absolute definition of a superhero. And this is a serious problem, because we need insanely unrealistic wish-fulfilment female characters, just as we need male ones. Yet there’s almost nothing to offer. And although I’ve been talking about the Avengers, this isn’t exclusively a superhero problem. I’ve spent a lot of time writing about the need for a wide variety of realistic female characters, but staring at that cup yesterday, I also realized how much we need unrealistic female characters. We need more Mary Sues.

Caramelized White Chocolate Cookies I’m enamored with caramelized white chocolate. Sure, it adds a whole extra step to the baking process, but it’s worth it! The rich, creamy, caramel flavour is just out of this world on its own, but add it to a cookie or cake and you have stepped up to a whole new level of delicious. Crunchy exterior, chewy interior, absolutely loaded with caramelized white chocolate flavour! Makes about 3 dozen Ingredients 250g (8 3/4 oz) good quality white chocolate 190g (1 1/2 cups) all-purpose (plain) flour 1 tsp baking powder 1/2 tsp salt 2 large eggs, room temperature 1 tsp vanilla extract 115g (1/2 cup) caster sugar Directions Preheat oven to 120°C (250°F). Break up the chocolate and spread it evenly in a small baking dish. Cook the chocolate in the oven for an hour or so, stirring with a spatula every ten minutes, until it’s a deep, caramel colour. Preheat oven to 175°C (350°F). In a medium bowl, whisk together flour, baking powder and salt. Fold in flour mixture until fully combined. Like this: Related

Hot Fudge Sundae Oreo Brownies – Food Recipes Are you sick of all my Oreo recipes yet? No? Good, me either!! ;) I’m telling you, there isn’t a dessert out there that couldn’t be improved with Oreos! But I had an unopened package of Oreos staring at me and a serious craving for brownies, so I decided to just throw some in! These were a big hit last weekend on our annual weekend ski trip to Sugar Bowl, so I thought I’d share! 1 box Brownie Mixeggs & oil (as called for by the brownie mix)1 heaping half cup (6 oz) Cookies & Cream ice cream1/4 Cup hot fudge topping (chilled or room temp)*(optional) 1/4 cup of water – (I used this to thin out the mix, as it was super thick, & it still made for great results.)Preheat oven & grease baking dish (size, as called for on brownie mix box) Combine brownie mix, eggs, and oil as directed on the back of the box.Add ice cream and hot fudge to the brownie batter and stir to combine. NOTES: I used a Family Size Brownie Mix, which called for a 13″x19″ baking dish.

An Open Door: Love At First Sight in Disney’s Frozen Last Wednesday, I wrote about Disney’s Frozen and how problematic it is to hold it up as a “feminist” Disney princess movie in contrast to all that has come before, and I stand by that post 100%. But Frozen is Disney’s 53rd animated movie since 1937, and it’s natural that, over those almost 80 years, these movies would change in sentiment and (hopefully) become more in line with modern ideals. So while the older movies from the 30s, 50s and even 80s and early 90s have played many fairy tale tropes straight, it’s definitely time to explore those (often sexist) tropes in a more critical manner. Most recent Disney movies have abandoned the “love at first sight” trope altogether by building the romantic relationship throughout the movie, and even having it develop from something more antagonistic or perfunctory (as in Tangled). And it’s not just a case of “he’s handsome and nice to me.” Hans goes out of his way to manipulate her.

Key Lime Pie I’ve always been intrigued by the American Key Lime Pie and thought it was high time I tried it. Of course, here in New Zealand we don’t have access to key limes, so I had to substitute good old New Zealand limes. I’ve kept the original recipe name though, as calling it New Zealand Lime Pie just wouldn’t have quite the same ring to it! I searched through a bunch of online recipes and came across this one from Food and Wine.com, which was based on a recipe from the 1940s. What I quite liked about this particular recipe was that it whipped up the unused egg whites and folded them back into the mixture, giving it a lighter, more mousse-like quality. KEY LIME PIE (Serves 8-10) Ingredients: 200g Gingernut biscuits (or any ginger style biscuits) 70-85g unsalted butter, melted 2 tablespoons brown sugar Method: Preheat the oven to 175°C (350°F). In a large bowl, beat the 3 egg yolks with the whole egg until thickened (about 3 minutes). Like this: Like Loading...

The Unforgivable Pinkness of Disney Princesses It happens every time a new Disney princess movie emerges. An avalanche of articles, reviews and critiques, saying that finally we have a princess worth going to see. Finally we have a Disney character that can be a good role model for girls, because this princess isn’t entirely focussed on romance, this princess has a story and ambitions outside of her prince, this princess actually has character and strength of her own. Unlike all the princesses who came before her, she’s a Strong Female Character and worthy of our time. What utter nonsense. Far from being a matter of opinion, these critiques don’t even make factual sense. Yet whenever a new Disney princess movie emerges and turns out to be an entertaining, enjoyable story with a dynamic and engaging female protagonist, critics are quick to praise her as not like the rest. And the reason, I think, lies in the “pinkification” of the Disney Princesses as a merchandising line.

3 Ingredient Banana Cups A few weeks ago, I entered a contest for the Today Show. It was a Too Good To Be Healthy Chocolate contest. So I submitted my Chocolate Almond Banana Cups. Well, my chocolate almond banana cup recipe made the finals! So I flew to New York to be on the show. During the show, the hosts picked mine as their favorite. This came out so good that I had to share it with you. A simple, guilt free treat! Ingredients 1 ripe banana 1/2 cup chocolate chips (or my 3 Ingredient Chocolate Bar recipe) 1/4 cup almond milk Instructions Using a double boiler method, melt the chocolate chips and milk. These chocolate cups need to be stored in the freezer.

The Pizza Cake Recipe: You Will Never Look at Pizza the Same Way Again » So Good Blog Behold, pizza lovers and get ready, pizza cake could become a reality. Your next birthday party may look like this. Pizza cake could easily replace sliced bread as the best invention ever. Canadian pizza chain Boston Pizza has created pizza cake, a multiple-layered meaty mutant cake as a part of new campaign called “Pizza Game Changers” Customers are invited to vote on which new items they would like to see on the restaurant’s summer menu. But as always different people have different opinions on pizza cake. I decided to give it a try and create my one version of pizza cake, from scratch. First you make dough. Roll the dough out into a 1/5 inch thick layer Cut out 6 rounds 6 1/3 inches (16 cm) each in diameter. Preheat oven to 400 F and bake the layers in batches for 15 minutes . Let them cool a little bit. Line bottom and sides of pot with baking paper.Roll the rest of dough out into a 1/5 inch thick layer and cover the sides of the pot but not the bottom. Add tomato sauce. Tuck in the edges