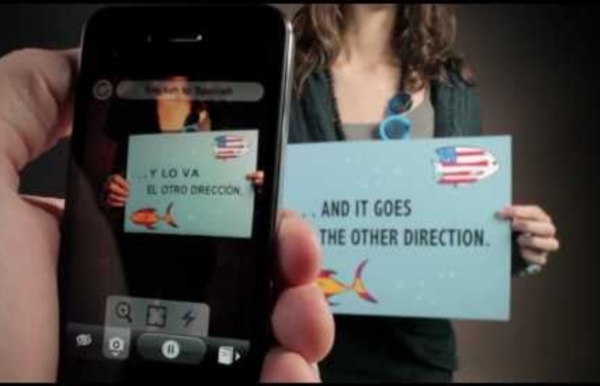 Music Blogs Caught Up in Labels’ Online Piracy Fight “At first I thought it was hackers,” Mr. Hofman said. But within hours a notice went up on the site saying that its domain name had been seized by the United States Immigration and Customs Enforcement unit of the ; it was one of dozens of sites shut down, accused of copyright infringement and selling counterfeit goods. But Mr. Hofman, a brawny Long Islander in his early 30s who formerly worked for a major record label, does not think of himself as a pirate. Hydra's Solar-Hydrogen Power Makes Clean Water From Dirty at 20,000... For the one in every eight souls around the world lacking access to pure drinking water, how about this: A solar-powered water purification system that spits out pure water, hydrogen and, just for kicks, electricity too. Could it get any better than that? The device is called Hydra, and like its many-headed mythological namesake it truly serves a multitude of purposes: As its press release notes, "imagine a single trailer-mounted device that turns scum into over 20,000 gallons of pure water a day, stores electricity better than a battery, makes medical-grade oxygen, and runs on the sun." That's quite enough benefits from one device, thankyouverymuch. It works on a very simple, long-understood principle: electrolysis.

Wikitude Wikitude is a mobile augmented reality software which is developed by the Austrian company Wikitude GmbH (formerly Mobilizy GmbH) and was first published in October 2008 as freeware. It displays information about the users' surroundings in a mobile camera view, including image recognition and 3d modeling. Wikitude was the first publicly available application that used a location-based approach to augmented reality.[1][2] How it works[edit] The Hip-Hop Word Count: A Searchable Rap Almanac by Tahir Hemphill Note: Thanks for your support in getting us to our goal! Even though we are fully funded we are still actively seeking funding and appreciate any level of involvement. All additional pledges will be used to cover the costs of adding more functionality to the search tool and shortening the production time of the public launch. The Hip-Hop Word Count (HHWC) is a searchable ethnographic database built from the lyrics of over 40,000 Hip-Hop songs from 1979 to present day. The database is the heart of an online analysis tool that generates textual and quantified reports on searched phrases, syntax, memes and socio-political ideas. The idea to build the Hip-Hop Word Count came out of having hundreds of heated & passionate discussions about Rap music: Who was the best rapper of all time?

mental_floss Blog & The Straw that Saves Lives Providing money, roads, education, electricity, and employment to needy people of the world is a noble idea, but it's like putting the cart before the horse when a billion people don't have a reliable source of safe drinking water. They are in danger of ingesting typhoid, dysentery, salmonella, diphtheria, E. coli, or cholera. Water treatment plants and long distance pipes are terribly expensive for Third World nations, and even purified water can become contaminated with disease before consumption. A possible solution: a personal water filter for each person. Danish water purification company Vestergaard Frandsen has developed the LifeStrawÂ® Personal, a small filter that requires no power and can be worn on a string around the neck. There are no moving parts and no maintenance is required.

Augmented Reality (AR) in Education « Learning Technologies November 22, 2010 by Steve Yuen Augmented reality (AR) is an emerging form of experience in which the real world is enhanced by computer-generated content specific to a location and to an activity. Today, AR applications have become portable and available on mobile devices. AR is beginning to change news, entertainment, sports, e-commerce, travel, museums, architecture, and marketing in tangible, exciting ways. In education and training, AR has the potential to make ubiquitous learning a reality, allowing learners to gain immediate access to a wide range of location-specific information from various sources. The 2010 Horizon Report predicts that the use of simple AR in education will be widespread within 2 to 3 years on U.S. college campuses.

My favorite iPad app: Algoriddim's djay One of my favorite hobbies is DJing. It combines the universal love of music with the tactile feel of vinyl (plus it makes people dance) -- what's not to love? I've been testing a new app for the iPad that's going to revolutionize DJing as we know it, djay for iPad ($19.99, App Store). Now instead of lugging crates and decks -- heck instead of lugging your notebook computer -- you can now rock a party with just your iPad. I spun a decent-sized holiday party for a friend this weekend using just djay for iPad and I'm a convert. While nothing will completely replace a pair of 1200s (or CDJs or Serato) and a mixer -- djay for iPad is the closest thing yet that I've seen.

Laser Crosswalk Saves Pedestrians From a Painful Death - GEARFUSE When the light turns red, a huge laser wall projecting apparitions of crossing pedestrians spans across the crosswalk. The concept is designed to keep crossing pedestrians safe from any overzealous drivers who otherwise might have ran the red light. Link [via] Mobiles Replace Wallets (NFC) The day when near field communication (NFC) will help replace plastic credit cards, coupons and loyalty program cards with a wave of a phone at a payment terminal has been long anticipated. Wireless NFC technology enables devices, including mobile phones and payment terminals, to communicate with one another or read special tags. Its short-range signal, convenience and built-in security make NFC an apt choice for mobile payments. Its efficacy persuaded companies like MasterCard, American Express, and Visa to join the NFC Forum in 2004 shortly after it was founded to advance the use of the technology. Today, the possibility that this technology could replace a wallet full of plastic seems not only likely, but imminent. Samsung's Nexus S, the first NFC-enabled Android phone, will be on sale at Best Buy starting December 16; Nokia has announced that all of its Smartphones starting in 2011 will support NFC; and Apple recently hired an NFC expert.

Hot Wheel: Ultra-Minimalist Electric Single-Wheeled Vehicle In our greener future, it looks like we will all need to opt for smaller, more energy-efficient transportation. Most designers have been rising to that call by thinking up tiny electric cars – but some are going in a different direction. The Solowheel is an almost-ridiculously tiny single wheel urban transport gadget that acts like a self-righting unicycle without pedals.

How To Use Augmented Reality In Education When you were a kid, did you watch RoboCop and totally love the heads-up display? What about the fascinating visuals in Minority Report or Iron Man? They’re basically a form of augmented reality (AR for short). Augmented reality is not something limited to just Hollywood blockbusters though. There are a bunch of ways people are using augmented reality in education, believe it or not. Before you get your feathers all ruffled, though, let’s clear something up.

DLD Magazine: "Augmented Reality: Living in a Virtual World", by Bríd-Áine Parnell For some years now, all the technology sector has heard about is the (eventual) coming of virtual reality. Then, out of nowhere, the focus changed. It's not virtual reality that's on its way down the pipeline — it's augmented reality. Before Google ploughed millions into the latest funding round of secretive augmented reality (AR) firm Magic Leap, before Microsoft unveiled HoloLens, no one outside the AR sector really knew much about what it is, and can be, capable of. “When I first started my company and started talking to VCs, they just said, 'What are you talking about?'" said InfinityAR CEO Motti Kushnir.

Life on MARS: Location-Independent Augmented Reality GPS-based Augmented Reality is great for a mobile game like Ingress, but it won't help you fix your car. New software from PAR Works has a visual take on Augmented Reality, bringing the benefits of the concept to an entirely new class of applications. It might even work its way into gaming, too. Current implementations of AR usually tie into your phone or tablet's location features (GPS, compass, etc.) to determine exactly what to show you. In some cases, like an interactive subway map, this is exactly what you need, but there are times when you want something more precise – or times when location doesn't matter at all.

Augmedix nabs $17M to ‘rehumanize’ doctor/patient relations using Google Glass Google Glass is no longer being marketed to consumers, but its enterprise business continues to pick up pace, and today one of the more promising companies developing medical services using Google’s connected eyewear is announcing a significant investment in its technology, which aims to “rehumanise the interaction” between doctors and patients by pulling physicians’ faces away from their computer screens, according to its CEO. Augmedix, a startup out of San Francisco that has developed a platform for doctors to collect, update and recall patient and other medical data in real-time, has raised $17 million in a strategic round. The investment is significant because of who is making it: it comes from five of the biggest healthcare providers in the U.S. — Sutter Health, Dignity Health, Catholic Health Initiatives (CHI), TriHealth Inc., and a fifth that is remaining unnamed for now. Ironically, it seems that the exact opposite of this is the reason behind Augmedix’s growth to date.