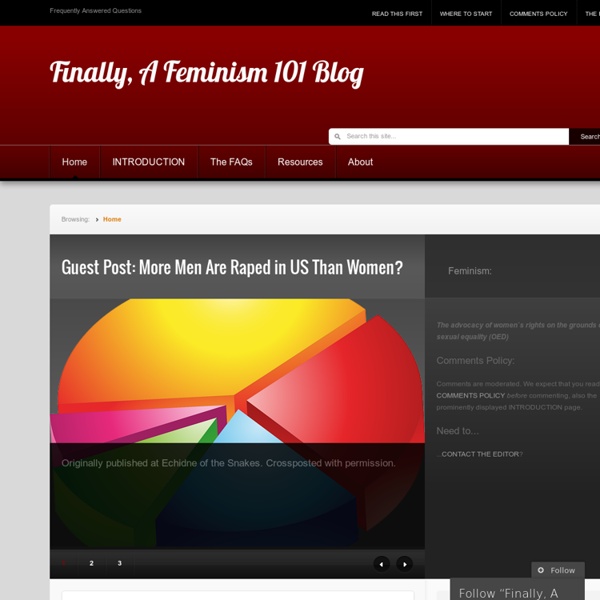 In defense of the sanctimonious women's studies set. On Monday night, Donald Trump’s wife Melania touched hearts as she addressed the Republican National Convention, sharing the lessons she learned growing up as a black girl on the South Side of Chicago. As first spotted by journalist Jarrett Hill, Melania’s speech bore more than a passing resemblance to another speech at another convention about eight years ago — Michelle Obama’s 2008 address to the Democratic National Convention. The cribbed portion discussed the values that Michelle and Melania apparently share, including working hard for what you want in life and keeping your word. Read more → The XX Factor Thanks to the BuzzFeed quiz, we now all know which city we should live in (Paris), what kind of sandwich we are (grilled cheese), and which Twin Peaks character we are (Agent Dale Cooper). BuzzFeed quizzes exploit our urge to belong, to categorize ourselves into an identifiable group that we are instantly a part of. (Oh, you’re a Miranda? Me too!) Which is why the latest BuzzFeed quiz, “How Metal Is Your Period?”

Girl with Pen Recently I’ve been researching the life of my childhood friend, Miss Georgiana Fulton. It’s been a welcome distraction from news filled with stories of urban protests against police violence and continued assaults on women’s reproductive rights. Battles once considered fought and won are again bitterly contentious. The 1967 Kerner Report on the despair inducing conditions prevalent in many cities reads as if written weeks, rather than decades, ago. State and national legislators propose—and pass—all manner of legislation that eats away at women’s freedom to make decisions about our own bodies. Miss Fulton’s life spanned nearly a century.

The Happy Feminist Shocked to hear me say that? Don't be. Feminism doesn't guarantee a woman a date, or safety from harm, lifelong happiness, or greater health (although it has always been my opinion that being a feminist improves one's chances at all those things). The purpose of feminism is equality of opportunity, freedom, and dignity for all women.

40+ Free Online Human Anatomy Galleries As a nurse, it can help to have a knowledge of the human body. Understanding how different systems work, and the importance they have to the body can help you better treat your patients. Additionally, the human body is very interest. Anatomy offers insight into how we fit together, and even if you aren’t involved in health care, it can be fascinating.

Ms Magazine Blog NEWSFLASH: N.Y. Fast-Food Workers to Get $15 Minimum Wage by Julia Robins · July 24, 2015 · 1 Comment “You cannot live and support a family on $18,000 in the State of New York, period,” said New York Gov. Andrew Cuomo (D) this week. “That’s why we have to raise the minimum wage.” The Happy Feminist: FEMINISM 101 Feminism is not a monolith, nor is it a dogma. The only thing you have to believe in order to call yourself a feminist is that ensuring women's freedom and equality of opportunity in all spheres of life is a crucial priority. That's it. Feminists all work from that basic axiom, but aside from that we are an incredibly diverse group. We are diverse in five ways: 1) We come from every conceivable background and life experience. The Curvature More Than A Magazine - A Movement

Ugly People Pictures - Funny People Our Bodies Our Blog Feminist Texts Feminist books -- both novels and non-fiction -- influenced and reflected the feminist movement. Read more about some of the key texts of feminism. A Year of Feminist BooksTwelve books (plus one to grow on!) containing essays, theory, novels and poetry from important feminist writers. Feminist Memoirs - A List of Feminist Memoirs by Famous FeministsAre you looking for a great feminist memoir? Many women s liberation movement activists have written books recollecting their lives and what drew them to feminism .

Why was I sent to this blog? « Finally, A Feminism 101 Blog AKA: I asked some feminists a question, and instead of answering they sent me here. Why? Last updated 2010/05/25 Your question was probably (a) not actually on-topic for the discussion they were having and/or (b) covered ground they have gone over many times before and do not wish to repeat and/or (c) has in their past experience been a question that attracts antagonists and is likely to erupt into a flamewar that they prefer to avoid. Not wanting to have that topic derailed [1], this site was suggested as an alternative place to find an answer to your question. People find questions that do not further the current discussion frustrating and are often not inclined to answer those questions (off-topic questions in internet forums are also a breach of Netiquette, so some people simply ignore them on principle).