What is the World Wide Web? - Twila Camp 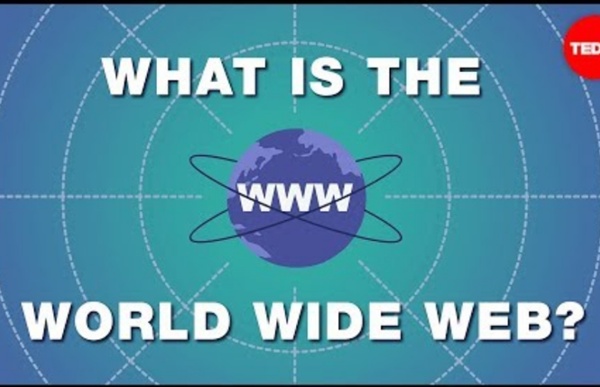 Google & Books: An Exchange by Edward Mendelson, Paul N. Courant, and Ann Kjellberg In response to: Google & the Future of Books from the February 12, 2009 issue To the Editors: My colleague and friend Robert Darnton is a marvelous historian and an elegant writer. About The World Wide Web About The World Wide Web The World Wide Web (known as "WWW', "Web" or "W3") is the universe of network-accessible information, the embodiment of human knowledge. The World Wide Web began as a networked information project at CERN, where Tim Berners-Lee, now Director of the World Wide Web Consortium [W3C], developed a vision of the project. The Web has a body of software, and a set of protocols and conventions. 10 research tips for finding online answers Before Danielle Thomson was our TED Prize researcher, she wrote trivia for Who Wants to Be a Millionaire? and spent years finding difficult-to-source info for The Late Show with David Letterman. And she has quickly established herself as our staff secret weapon. When one of us can’t get our hands on a piece of information that we need, we turn to Danielle and — voila! — there it is. We asked Danielle to share some of her best research tips to help you in those “why can’t I find this?”

[Infographic] Google's 200 Ranking Factors There’s no doubt that Google’s algorithm is more complex — and volatile — than ever. The days where SEO was all about meta tags and backlinks is long gone. Google now uses at least 200 ranking factors in their algorithm, including social signals, user-interaction signals, and trust.

Improve Your Google Search Skills [Infographic] Don’t limit yourself to just plugging in simple search terms to Google; check out this infographic and learn a search string search or two. You don’t need to limit yourself to searching just for simple strings; Google supports all manner of handy search tricks. If you want to search just HowToGeek.com’s archive of XBMC articles, for example, you can plug in site:howtogeek.com XBMC to search our site. Get More Out of Google [HackCollege via Mashable]

Google Guide Quick Reference: Google Advanced Operators (Cheat Sheet) The following table lists the search operators that work with each Google search service. Click on an operator to jump to its description — or, to read about all of the operators, simply scroll down and read all of this page. The following is an alphabetical list of the search operators. This list includes operators that are not officially supported by Google and not listed in Google’s online help. Each entry typically includes the syntax, the capabilities, and an example. Some of the search operators won’t work as intended if you put a space between the colon (:) and the subsequent query word. Some Skepticism About Search Neutrality James Grimmelmann In the last few years, some search-engine critics have suggested that dominant search engines (i.e. Google) should be subject to “search neutrality” regulations.

How to see everything you’ve ever Googled (if you’re so brave) (Reuters/Dado Ruvic) You probably don’t remember what you Googled 10 minutes ago, let alone the myriad inane and fleeting things you’ve searched since the engine’s beginnings. But unless you’re browsing in incognito mode or have tweaked your account settings, Google remembers those things. Not only that: Google logs all of your searches, analyzes them, and uses them to individually personalize the search results you see — which has pretty profound implications for both literacy and privacy. Web History Timeline Since its founding in 1989, the World Wide Web has touched the lives of billions of people around the world and fundamentally changed how we connect with others, the nature of our work, how we discover and share news and new ideas, how we entertain ourselves and how communities form and function. The timeline below is the beginning of an effort to capture both the major milestones and small moments that have shaped the Web since 1989. It is a living document that we will update with your contributions.

Chrome is getting more unwanted software warnings. Screencap from Google One of the hard things about browsing the Internet safely is that everything looks fine. If a website has glaring inconsistencies or is oddly clunky, you'll quickly navigate away, but for the most part it seems like smooth sailing. And that's exactly how cybercrooks want it. Google isn't satisfied with this situation, though, and you shouldn't be either, so the company is building tools into Chrome to flag suspicious software and let you know. Lily Hay Newman is a staff writer and the lead blogger for Future Tense.

After 10 Years, Google Books Is Legal On Friday, a federal circuit court made clear that Google Books is legal. A three-judge panel on the Second Circuit ruled decisively for the software giant against the Authors Guild, a professional group of published writers which had alleged Google’s scanning of library books and displaying of free “snippets” online violated its members’s copyright. To some digital-rights followers, the Google Books case had seemed to drag on forever: The Authors Guild first filed suit 10 years ago.

Robert Darnton closes the book Early this summer, Robert Choate Darnton, Harvard’s Carl H. Pforzheimer University Professor and University Librarian, will pack up his book-lined office on the second floor of Wadsworth House. As of June 30, the celebrated historian, digital library pioneer, and champion of books will leave the University he first saw as an undergraduate in 1957. A scholar of Enlightenment France and of the history of the book, he returned to Harvard in 1965 to join the Society of Fellows, decamped to Princeton University in 1968 for 39 years, and came back to Harvard in 2007.

How Google Search Really Works Last week, I talked to Google Search lead designer Jon Wiley about the process of designing Google’s iconic interface. What goes on behind that white box? For the second part of my interview series with the people who make Google Search, I talked to Google Fellow Ben Gomes. He’s one of the elite engineers addressing the never-ending array of challenges we users pose by asking ever-more-complicated questions of Google. The first time I spoke to Ben, he was introducing me to a brand new Google concept called Search, plus Your World. This time, we were able to delve much deeper into the fundamentals of Web search.