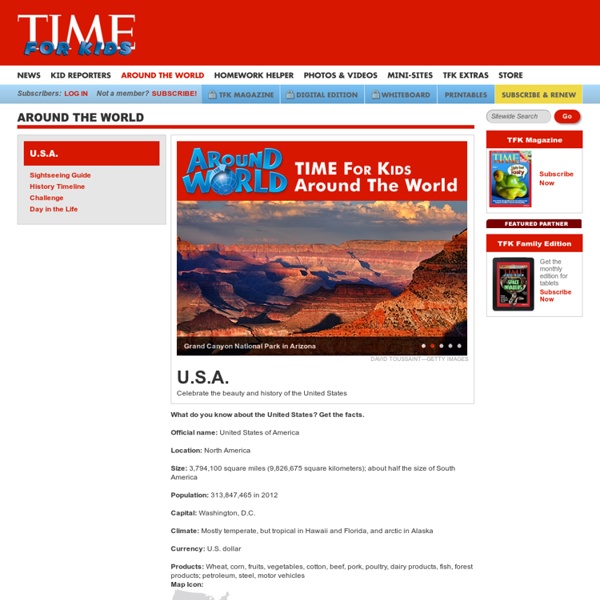 Project-based learning, the USA and Authentic Video in the EFL classroom The Globe Trekker/Pilot Guides video collection is a treasure trove for any English teacher. It encompasses extensive material from every corner of the world, and especially English-speaking countries are lavished with attention. Australia, Canada, Scotland, Wales, Ireland, England – you name it. Facts For Kids- The United States The USA's Activities Baseball is often referred to as the American National pastime. Many Americans also play or enjoy watching football, soccer, hockey and basketball. Girls as well as boys are involved in many sports in the United States. The USA's Animals The northwestern states are home to grizzly bears, elk, and deer. Southern states are home to crocodiles and snakes. Let's talk about the UK (still with Scotland) At the beginning of the new school year teachers usually explain to their students what they are going to study. Sometimes efl teachers not only teach grammar but also British culture, so one of the first cultural topics they discuss with their students are the geography of the UK and its form of government. Here you can find an interactive mindmap, a digital poster and a collection of useful websites, just to simplify the work. Click on the Glogster digital poster below, you will find general information about the United Kingdom and some videos. Now take a look at my Cacoo mindmap below about the UK form of government.