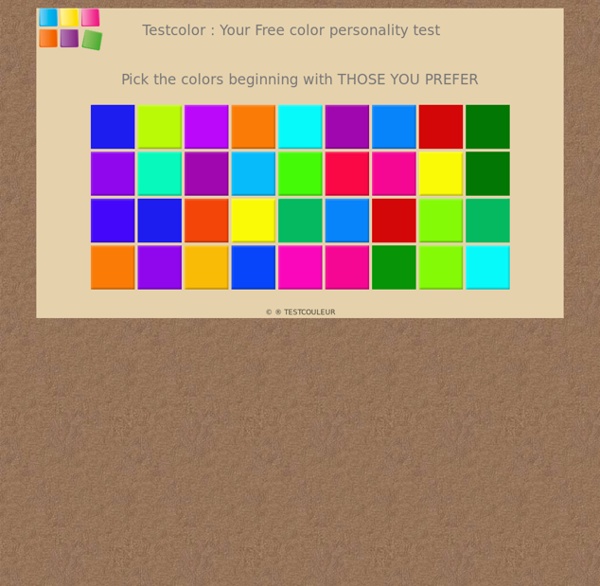 8 Things Everybody Ought to Know About Concentrating - StumbleUpon “Music helps me concentrate,” Mike said to me glancing briefly over his shoulder. Mike was in his room writing a paper for his U.S. History class. On his desk next to his computer sat crunched Red Bulls, empty Gatorade bottles, some extra pocket change and scattered pieces of paper. In the pocket of his sweat pants rested a blaring iPod with a chord that dangled near the floor, almost touching against his Adidas sandals.

Why Procrastinators Procrastinate PDF: We made a fancy PDF of this post for printing and offline viewing. Buy it here. (Or see a preview.) pro-cras-ti-na-tion |prəˌkrastəˈnāSHən, prō-| noun the action of delaying or postponing something: your first tip is to avoid procrastination. Who would have thought that after decades of struggle with procrastination, the dictionary, of all places, would hold the solution. Avoid procrastination. Creative Writing Prompts The Write Stuff For many people, creative writing sounds fun but intimidating. "I'm not good at that," they think, without even knowing where they’d start. SARCASM IN RELATIONSHIPS Sarcasm – a mocking or ironic remark (American Heritage Dictionary) Irony – the use of words to convey the opposite of their literal meaning (American Heritage Dictionary) Sarcasm is a large component of social interaction and conversation. To demonstrate a sense of humor, people frequently use sarcasm as a means of “breaking the ice” during initial encounters with others. People also use sarcasm as a means of being comedic with groups of friends.

100 Years of Rock Visualized Love it? Embed it on your website or blog: Close <a href=" target="_blank"><img src=" border="0" width="550" height="550" /></a><br /><span style="font-size: 12px;">Click image to see the full interactive music graphic(via <a href=" Hotels</a>).</span> 33 maps that will show you the world in new ways EVEN IN THE AGE OF THE INFOGRAPHIC, maps are still the undisputed champion of conveying information visually. True, many maps — including some of the ones on this list — don’t really tell you anything you can use in your life in a meaningful way. You’re just not going to find a practical use for knowing which countries have names that end in the letter A, or which American lake is the home to a mythical eel pig, or whether or not Coloradans hate the LA Lakers.

Curvy in HTML5 - StumbleUpon Curvy is a HTML5 puzzle game using the canvas element. Just rotate the tiles so that like colors connect. Modernizr tells me you don't have canvas support in your browser. How to Talk to Your Cat Communicating with your cat is not simply a parlor trick you can perform to amuse your dinner guests. It’s an important part of training your cat and reinforcing your bond with her. Teaching your cat simple commands like “DOWN” and “NO!” will make her a better pet, while words like “Treats!” and “Dinner!” will help her associate you with something pleasurable.

Body Language By a man’s fingernails, by his coat-sleeve, by his boots, by his trouser-knees, by the calluses of his forefinger and thumb, by his expression, by his shirt-cuffs, by his movements – by each of these things a man’s calling is plainly revealed. That all united should fail to enlighten the competent enquirer in any case is almost inconceivable / Sherlock Holmes, 1892. The aim of this exhibition is — to become aware of ourselves and of the people around us. Not claiming any in-depth analysis, and hoping that you will take a moment to think about it. It seemed amazing to us that we can try to better understand ourselves or others. Source: wondersbook.wordpress.com

Sony Nextep Computer Concept for 2020 by Hiromi Kiriki & Yanko Design - StumbleUpon In 2020 We Can Wear Sony Computers On Our Wrist Our present need for internet connectivity is so profound that secondary devices like the Nextep Computer are bound to happen. Developed to be worn as a bracelet, this computer concept is constructed out of a flexible OLED touchscreen. Earmarked for the year 2020, features like a holographic projector (for screen), pull-out extra keyboard panels and social networking compatibility, make the concept plausible. Ten years from now is not too far away, so how many of you think we’d be buying such gadgets? Designer: Hiromi Kiriki