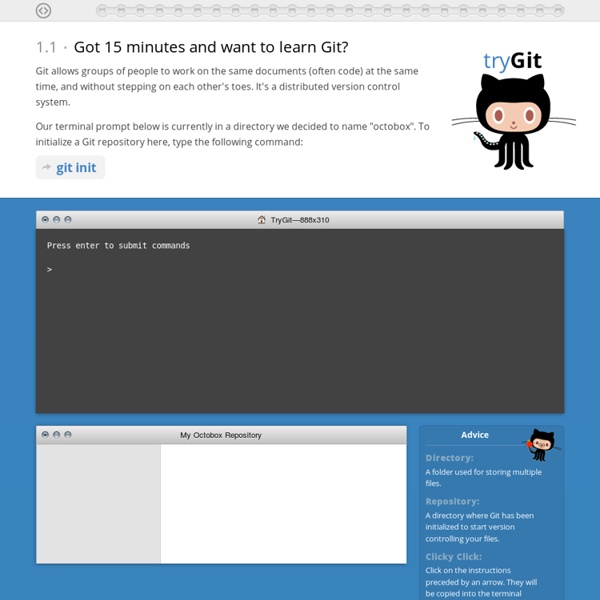 DjangoResources This page lists open source projects and applications regarding Django, the framework for perfectionists with deadlines. Feel free to update this page to improve the content as you see an opportunity to add or modify a resource, or to remove any unmaintained project from the list. ToDo ¶ Things people can do to improve this page includes: Relocating unmaintained projects to a "Discontinued resources" section. Maintain a dynamically generated changelog ​djangolinks.com: All links related with django development tutorials,snippets,tips,tricks,videos,books etc.

For, While and Do While Loops in C Loops are used to repeat a block of code. Being able to have your program repeatedly execute a block of code is one of the most basic but useful tasks in programming -- many programs or websites that produce extremely complex output (such as a message board) are really only executing a single task many times. (They may be executing a small number of tasks, but in principle, to produce a list of messages only requires repeating the operation of reading in some data and displaying it.)

Git – Remove in between commit I have tried all the provided methods i.e. rebase and cherry-pick. I here to provide full information about both the methods tried and things done by me, to help to understand things with better view Preparations To check which is best I have done these things: Fork the remote repo so that the original would be intact and things can be understood easily. Running and Debugging In PyCharm, you can run and debug various types of applications without leaving the IDE. Each script, manage.py task, Django server, or a test that you wish to run or debug from within PyCharm, needs a special profile that specifies script name, working directory, and other important data required for running or debugging in different modes. PyCharm comes with a number of such pre-defined profiles, or run/debug configurations. Using the PyCharm's debugger, you can find out the origin of the run-time errors and exceptions. The debugger enables you to execute your application step by step, examine program information related to variables, watches, or threads, and change your program without leaving the IDE. Prior to launching the debugger session, you have to set breakpoints that cause the debugger to suspend application (or take some other actions), when such breakpoint is reached.

Generating SSH Keys SSH keys are a way to identify trusted computers, without involving passwords. The steps below will walk you through generating an SSH key and adding the public key to your GitHub account. We recommend that you regularly review your SSH keys list and revoke any that haven't been used in a while. Tip: GitHub has a desktop client! You can use it without ever touching the command line. Back to school: Canada lagging in push to teach kids computer coding Armed with rope, pictures and elephant headbands, it looks like this group of nine-year-olds is setting up a huge game of hopscotch. But they're really laying out the biggest thing to hit British schools in a century. As the students direct each other through the grid they've built, they're learning the basic fundamentals of computer coding, in the process moving beyond how to use computers to how computers work. "We're actually enabling them and empowering them with skills and capability so that they can choose how they solve problems using technology," says Peter Gaynord, a teacher at Histon and Impington Junior School near Cambridge, England.

Fast-Forward Git Merge · ariya.io Merging a branch is a pretty common operation when using Git. In some circumstances, Git by default will try to merge a branch in a fast-forward mode. How is this different with a merge without fast-forwarding? The Python Tutorial Python is an easy to learn, powerful programming language. It has efficient high-level data structures and a simple but effective approach to object-oriented programming. Python’s elegant syntax and dynamic typing, together with its interpreted nature, make it an ideal language for scripting and rapid application development in many areas on most platforms. The Python interpreter and the extensive standard library are freely available in source or binary form for all major platforms from the Python Web site, and may be freely distributed. The same site also contains distributions of and pointers to many free third party Python modules, programs and tools, and additional documentation.

The Second Pull Request Could be (Much) Better When considering pull requests on Github, we need to keep in mind that even if someone’s first pull request is not 100% perfect, his/her second one could be much better (if he/she is willing to continue the contribution). I have observed this phenomenon several times, and that is one of the reasons why I want to carefully review and help with people’s first pull requests. I’m looking at the future, instead of only the current pull request. A fresh example is Leonardo Collado-Torres’s recent (and the second) pull request to the blogdown package, in which he brought a very useful RStudio addin that makes it really neat to upload and insert images to your blog posts: This is useful because it saves users from the headache of understanding the special static/ directory in the Hugo system.

Facebook's New Spam-Killer Hints at the Future of Coding Louis Brandy pauses before answering, needing some extra time to choose his words. “I’m going to get in so much trouble,” he says. The question, you see, touches on an eternally controversial topic: the future of computer programming languages. In the early ’90s, a committee of academics built Haskell as a kind of experiment in language design, and all these years later, it remains on the fringes of mainstream programming.