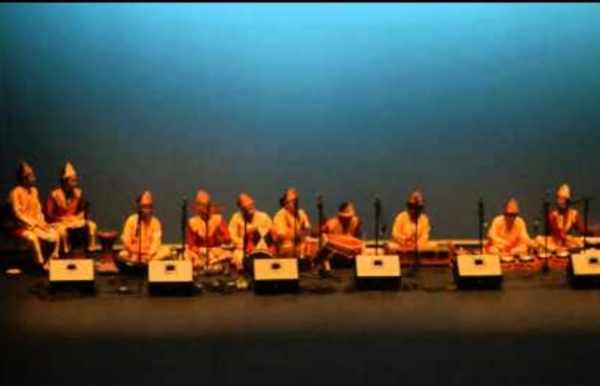 Music of Indonesia The music of Indonesia demonstrates its cultural diversity, the local musical creativity, as well as subsequent foreign musical influences that shaped contemporary music scenes of Indonesia. Nearly thousands of Indonesian islands having its own cultural and artistic history and character.[1] This results in hundreds of different forms of music, which often accompanies by dance and theatre. Traditional regional musics and songs of Indonesia natively compromises of strong beat and harmony type musics with strong influence of California and Malay classical music. The influence is strongly visible in the traditional popular music genre of Dangdut. Musical instruments[edit] Balinese gamelan performance.

Smithsonian Folkways - Music of Indonesia Series A collaboration with the Society for Indonesian Performing Arts This acclaimed 20-cd series documents the music of the Indonesian archipelago, introducing listeners to dozens of beautiful and varied musical styles from throughout this complex island nation. Guitars and gamelans, flutes and drums, voices and brass bands contribute to this musical treasure trove that the New York Times called "monumental and enjoyable." Indonesian scholar Philip Yampolsky worked from 1991-1999 with the Indonesian Society for the Performing Arts and Smithsonian Folkways Recordings to produce this remarkable series. Traveling to congested cities and remote rural areas, Yampolsky and his Indonesian colleagues used state-of-the-art digital equipment to create these beautiful recordings that will appeal to expert and novice alike. Eachcontains more than an hour of music and extensive annotation that places the performances in their regional and national contexts.

Museum of International Folk Art Gamelan is an Indonesian orchestra that mainly consists of percussion instruments such as gongs and metallophones. Female singers (pesindhen) and a male chorus (penggerong) are also involved in a complete ensemble. In Indonesia, particularly on Java and Bali, gamelan is an essential accompaniment for wayang performance and other dramatic forms. Gamelan is also enjoyed as an element of ritual celebrations such as wedding receptions, circumcisions, and village ceremonies. New contexts for gamelan have developed over the years; today there are special performances for Indonesia’s Independence Day, radio and television programs, and informal “jam” sessions that are occasionally sponsored by gamelan patrons and connoisseurs. Important aspects of gamelan performance practice include the tuning system (laras) and modal classification (pathet).

What is Jewish Music? Jewish music stems from ancient prayer chants of the Levant some 3000 years ago. The musical notation that developed and that we find in the bible today is one of the most ancient forms of notated music, and yet it is still in current practice all over the world today. Jewish music has been constantly adapting to new conditions and yet retaining its identity in many widely differing ethnic, social and religious environments. Through its daughter religions, the music of Judaism is one of the fundamental elements in the understanding of the sacred and secular traditions of Europe and the Near East, first having influenced, and then having been influenced by, the music of Christian and Islamic cultures. The study of Jewish music encompasses many genres of religious, semi religious and folk music used in the synagogue and in the Jewish home and also art music using Jewish texts or themes. Ashkenazi Music (Klezmer)

The Music of Indonesia A subtly glowing array of bronze ingots, pots, and gongs in intricately carved wooden cases painted indigo and red with flashes of gold leaf—this was the dazzling sight that greeted us, a small group of university students and faculty who had come to the Field Museum in Chicago for an afternoon's introduction to the performance of gamelan music. Gamelan — an Indonesian word meaning "musical ensemble"— can be variously constituted, but the one at the Field Museum is representative of those used at the princely courts on Java, the most heavily populated island in the nation of Indonesia. Nowadays, similar gamelan are to be found in many universities and colleges in the United States and Europe.

History of Gamelan Indonesian Music and Dance Across Indonesia, but particularly on the islands of Java and Bali, gamelan is the most popular form of traditional music. A gamelan ensemble consists of a variety of metal percussion instruments, usually made of bronze or brass, including xylophones, drums, and gongs. It may also feature bamboo flutes, wooden stringed instruments, and vocalists, but the focus is on the percussion. About Japanese Music The earliest forms of music were drums and flute music accompanying the kagura shrine dances. From the 6th century on, music came from Korean and Chinese courts and monasteries and was performed at the Japanese court under the generic name gagaku (court music). The 8th-century court established a music bureau (gagakuryo) to be in charge of musical duties, both ritual and entertainment. The standard full-range gagaku ensemble has about 16 musicians on percussion, string, and reed instruments, the most distinctive being the free-reed mouth organ (sho), cyndrical oboe (hichiriki), the biwa lute, and the koto zither. Meanwhile with the introduction of Buddhism to Japan in the 6th century, Buddhist rites and liturgical chants gave rise to the development of a great variety of bells, gongs, wooden clappers, plaques, percussion tubes, and rattles, many of which found their way also into kabuki music of the Edo period (1600-1868).

Indonesian popular music recordings Recorded music is a reflection of modern Indonesian history and culture—specifically class consciousness, economics and post-colonial identity. Since the early 1970s, the production, marketing and distribution of recorded media, particularly popular music cassettes and VCDs, in Indonesia have evolved in tandem with the archipelago's ongoing integration of tradition and modernity. History[edit] Central to the ongoing evolution of Indonesian popular music styles was an inherent tension between dueling aesthetics: gedongan ("refined", "international") and kampungan ("vulgar," "low class," "backward"). During the 1970s, the most prominent supporter of the gedongan style was Guruh Sukarno (born 1953), son of the first president of Indonesia and a musician since his early teens.