Elizabeth Gilbert: Success, failure and the drive to keep creating 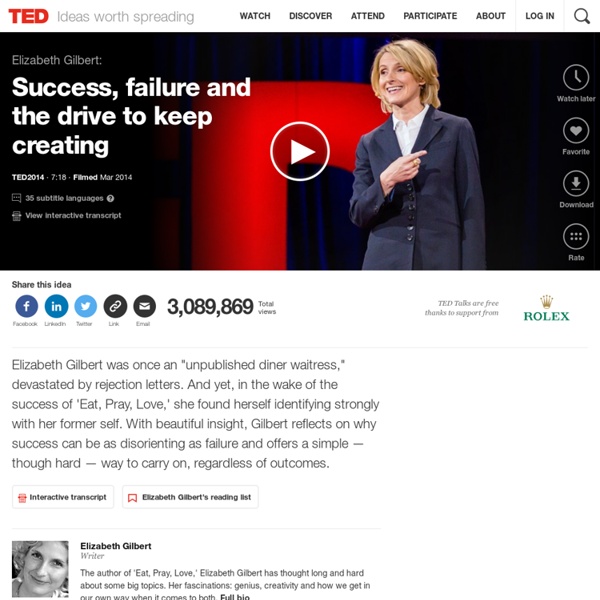 Photos du journal - Elizabeth Gilbert How ONE FC fighter Brad Robinson lost nearly 50% weight to become an MMA pro | Fit To Post Sports - Yahoo Sports Singapore (Photo by Cheryl Tay) Passionate about cars and motorsports, Cheryl Tay is a familiar face in prominent local, regional as well as international automotive titles. She is equally enthusiastic about health and fitness and is always on the lookout for the latest workout trends. Today, he’s an 84kg fitness coach and gym owner in size 31 mixed martial arts (MMA) shorts. Come 30 May, Robinson will make his One FC debut at the Singapore Indoor Stadium in front of an expected crowd of 12,000 plus reportedly one billion more television and live-stream viewers around the world. These fans will see his stretch marks and loose skin – byproducts of the drastic 66kg weight loss – but the American is certain that his hefty past is behind him for good. “Through the process of training in martial arts and battling the bulge, I became obsessed with and nuts about fitness and nutrition. Sideways spiral Robinson, an Oklahoma native, didn’t start out as a fat kid though. Second from the right, circa 2010.

Never Give Up: These 5 Success Stories From Late Bloomers Prove That Perseverance Pays Off Their stories are impressive, they’re all well and good, but not every person can find success on his or her first venture, like many of the world’s most notable figures. Every entrepreneur won’t be Alexis Ohanian, the former Reddit CEO who cofounded one of the world’s most popular sites as a senior at the University of Virginia. Every actress won’t be Jennifer Lawrence and very few designers, for that matter, will create their best pieces early. This is not to suggest that there’s anything wrong with that, either. History has proven that no man or woman is bound to the current pace at which he or she is progressing. If a squint is taken down the road, they might not look like they’re on the direct path to success. There are more contemporary examples, too, who have done the same. Nick Woodman – Entrepreneur Jon Hamm – Actor In fact, “no record” might be more accurate of a description. Brandon Stanton – Photographer Let’s just run down the list here. Vera Wang – Designer Vera Wang. J.K.

Success Story of Colonel Sanders (aka KFC) - Inspirational Stories At SmilePls.com Read 14,428 times. Colonel Sanders was 65 years old when he received his first social security cheque of $99. He was broke, and owned a small house and a beat up car. He made a decision that he has got to change. He left his home in Kentucky and traveled to many states in the US to sell his idea. What he wanted in return was for the restaurant owners to pay him a small percentage on the pieces of chicken sold. He got rejections after rejections, but did not give up. He got 1009 no’s before he got his first yes. How many of us will keep knocking on doors when we have received 1000 rejections? Age is no barrier to success, and so is capital. Add Your Comments »

This teen entrepreneur is out to change the world: Q&A with Maya Penn by Becky Chung Maya Penn is a tiny, vibrant force of nature. She’s an entrepreneur, philanthropist, fashion designer, animator, blogger, writer and illustrator. She runs a budding eco-friendly fashion business and a nonprofit for environmental awareness, and her mind churns constantly with new creative projects. Maya’s story began with a humble piece of fabric she found lying around the house. Those passing comments from strangers planted a bold idea in Maya’s head, and at the ripe old age of eight, she decided to launch a fashion company. Eco-friendly designs from Maya’s Ideas Since then, Maya has expanded her burgeoning empire, creating a nonprofit, Maya’s Ideas 4 the Planet, to spread awareness about environmental issues and encourage local action. Maya is extremely poised and articulate, and she exudes passion for everything she does. You come up with so many new ideas all the time. I get a lot of ideas from other people. How did you get into animation? Where did that idea come from?

A Must-Watch Video For Anyone Who Always Dreamt of Being a Full Time Photographer So many talented photographers who dream of being full time professional photographers are too afraid to make the jump and quit their ‘safe’ full time job with steady income in order to do so. Too many people will settle for something they don’t love doing just because they’re afraid they’ll fail doing what they really love. If you’re one of those people, hopefully this 1-minute video will change the way you look at your future and profession. Jim Carrey is known for being a funny guy. “You can fail at what you don’t want [love], so you might as well take a chance on doing what you love”.

Think You're Too Old to Be An Entrepreneur? Think Again. (Infographic) If Hollywood wants to portray an entrepreneur in a movie, then he -- and it’s usually a he – is in his early 20s, may or may not have a college degree, is probably wearing blue jeans and a hoodie, and is a bit unkempt, with messy hair and facial hair. That stereotype may appeal to our interest in a narrative where geeks take over the world, but the Mark Zuckerberg-inspired vision is absolutely only a part of the entrepreneurship story. Many entrepreneurs don’t even think about launching their own business until they are in their 30s, 40s, and even 50s, after years of work experience. Related: Failure Is Part of the Game. Getting Back Up Is the Magic Sauce. Ray Kroc, the founder of McDonald's, sold paper cups and milkshake mixers until he was 52, according to an infographic from San Francisco-based startup organization Funders and Founders (below). Fret not if you are over 40 and have yet to start your own business. Related: How Not to Be a Boring Blogger: Write Like You Eat (Infographic)

These 12 Incredibly Successful People Will Change The Way You Think About Depression In a world where 350 million people suffer from depression, it's hard to fathom why the illness could be brushed under the rug. But for public figures in the spotlight, facing the world with composure is often a higher priority than facing what's going on internally. Icons whose faces have been splashed across magazines, newspapers and blogs often find it difficult to face the condition with the world watching, and for those who deal with it alone, it can be even harder to see a light at the end of the tunnel. However, just because there's a struggle now doesn't mean it's impossible to find success. Buzz Aldrin The famous astronaut who defied odds -- and gravity -- by landing on the moon alongside Neil Armstrong in 1969 struggled with depression and alcoholism after his inspiring feat. After treating his depression and alcoholism, Aldrin went on to serve as the chairman of the National Association of Mental Health. Ellen DeGeneres J.K. Gwyneth Paltrow

Late Bloomers - Late In Life Success Late bloomers are people who achieved proficiency in some skill later than they are normally expected to. The key word is “expected.” School Is a Machine, Learning Is Not Ever since the 19th century, when education was first standardized, learning in popular imagination is highly connected to age. Learning Languages Late: At 20 Still Spoke No English When Joseph Conrad became one of the titans of English Literature at 39, few people knew that at 20 Joseph still spoke no English at all. The Reasons Why People Bloom Later Parents The life circumstances of late bloomers suggest that they could bloom earlier had circumstances been a bit different. Geography Joseph Conrad was simply born in a non-English speaking country. Finances Sylvester Stallone originally wanted to be an actor, but being evicted from his apartment lead him to performing in soft pornographic movie roles at $200 for two days work, delaying his big break with Rocky. Non-Dream Jobs Simply Having No Clue Is It Ever Too Late to Learn?