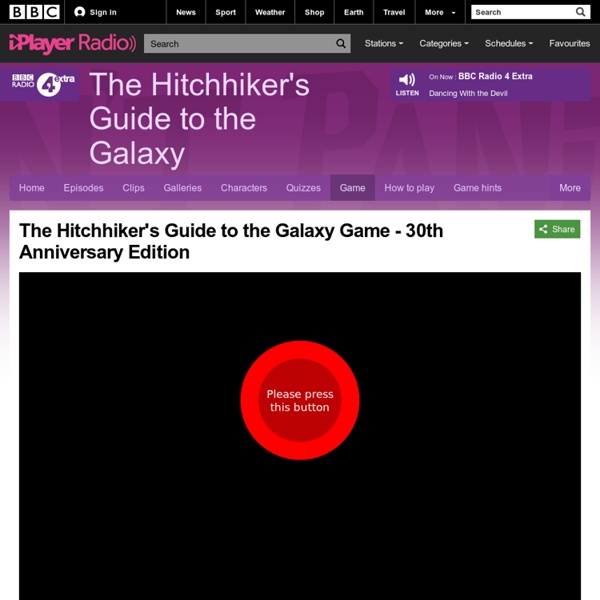 Internet Archive puts classic 70s and 80s games online 27 December 2013Last updated at 09:21 ET Classics like the original Donkey Kong can be found in the archive Classic video games from the 1970s and 1980s have been put online by the Internet Archive and can be played within a web browser for nothing. The collection has launched with games from five early home consoles, including the Atari 2600 and Colecovision. The games do not have sound, but will soon, the Internet Archive said. "In coming months, the playable software collection will expand greatly," archivist Jason Scott wrote. "Making these vintage games available to the world, instantly, allows for commentary, education, enjoyment and memory for the history they are a part of." The other machines included are the Atari 7800, the Magnavox Odyssey (known as the Philips Videopac G7000 in Europe) and the Astrocade. Well-recognised titles such as Pacman, Space Invaders and Frogger are all in the archive - with more consoles and games expected soon. Nostalgic urges

Play Coma Game Online Play More Sleepy and Dream Like Games About the Coma game Coma is an adventure platform game by Thomas Brush that invites players to step into a world of whimsy and confusion, when Pete wakes up and finds that everything in his life has changed. Players join Pete on a quest to save his sister, and wind up meeting some fascinating characters along the way. Coma plays with the realm of the subconscious and mirrors a dreamland, which ventures near creepy, off-colour, and even becomes slightly unsettling at times. Coma follows a platform game style and is mainly navigated with the right, left, and up arrows. The main storyline of the Coma game is that Pete awakens to find that the world is not as he knows. Mama Gomboysa offers Pete and Birdie some invaluable information about Pete's sister. In a game that pushes the limits of the player's imagination, the ending of this game is quite appropriate and offers little in the form of resolution, but more in the realm of consideration.

PodCastle | The world's first audio fantasy magazine. Police Telephone Box - Google Maps Screen reader users: click here for plain HTML New! Drag and drop to rearrange your apps. Sign in to try it. MoreEven more from Google Sign in Satellite Traffic Transit Photos Weather Exit Edit in Google Map MakerReport a problem Map data ©2014 Google - 2 mi 5 km United States Not your current location? Russian Ark Russian Ark (Russian: Русский ковчег, Russkij Kovcheg) is a 2002 historical drama film directed by Alexander Sokurov. It was filmed entirely in the Winter Palace of the Russian State Hermitage Museum using a single 96-minute Steadicam sequence shot. The film was entered into the 2002 Cannes Film Festival.[2] An unnamed narrator wanders through the Winter Palace in Saint Petersburg. Plot[edit] Featured are Peter the Great harassing one of his generals; a spectacular presentation of operas and plays in the era of Catherine the Great; an imperial audience in which Tsar Nicholas I is offered a formal apology by the Shah of Iran for the death of Alexander Griboedov, an ambassador; the idyllic family life of Tsar Nicholas II's children; the ceremonial changing of the Palace Guard; the museum's director whispering the need to make repairs during the rule of Joseph Stalin; and a desperate Leningrader making his own coffin during the 900-day siege of the city during World War II. Cast[edit]

Pong Game Deep Sea Explorers Stumble Upon A Creature They Can Hardly Believe Is Real While there’s no shortage of weird and wacky ideas in science fiction about what creatures from other planets might look like, few are quite as remarkable as those that can actually be found right here on Earth. Recently, a team from the Nautilus Live expedition piloting a remotely operated vehicle (ROV) happened upon one of the most fascinating-looking lifeforms in the world -- this rare, purple siphonophore roving through the ocean’s depths. Even the experienced deep sea explorers, well-acquainted with the marine animals, had a hard time accepting that what they were seeing was really real. “Wow. Okay, that’s awesome,” says one ROV operator. Amazingly, although this appears to be a single jellyfish-like animal, it is in fact a roving colony made up of thousands of individual organisms, called zooids, each contributing to the whole. Deep Sea News writer R.R. “To me, the best part of science is stuff like this: seeing something that completely takes my breath away.

NASA: The Sun’s Magnetic Field is about to Flip Dr. Tony Phillips | NASA Science News Something big is about to happen on the sun. According to measurements from NASA-supported observatories, the sun’s vast magnetic field is about to flip. "It looks like we’re no more than 3 to 4 months away from a complete field reversal," says solar physicist Todd Hoeksema of Stanford University. The sun’s magnetic field changes polarity approximately every 11 years. Hoeksema is the director of Stanford’s Wilcox Solar Observatory, one of the few observatories in the world that monitor the sun’s polar magnetic fields. Solar physicist Phil Scherrer, also at Stanford, describes what happens: "The sun’s polar magnetic fields weaken, go to zero, and then emerge again with the opposite polarity. A reversal of the sun’s magnetic field is, literally, a big event. When solar physicists talk about solar field reversals, their conversation often centers on the "current sheet." During field reversals, the current sheet becomes very wavy. Article from: nasa.gov

Internet Arcade : Free Software by Williams software eye favorite 227 comment 19 Defender is an arcade video game developed and released by Williams Electronics in February 1981. by Sega favorite 54 comment 8 Astro Blaster is a shoot 'em up arcade game released by Sega in 1981. by Mylstar favorite 36 comment 2 The Three Stooges, fully titled as The Three Stooges in Brides is Brides on the title screen, is a 1984 arcade game by Mylstar Electronics. by Stern Electronics favorite 100 comment 17 Berzerk is a multi-directional shooter video arcade game, released in 1980 by Stern Electronics of Chicago. favorite 243 comment 13 INSTRUCTIONS Joust is a platforming game where the player controls a yellow knight riding a flying ostrich or stork, from a third-person perspective. by Atari Games favorite 129 comment 10 Indiana Jones and The Temple of Doom is a 1985 action arcade game developed and published by Atari Games, based on the 1984 film of the same name, the second film in the Indiana Jones franchise. favorite 52 comment 4 favorite 11 by Orca

Early talkers benefit from non-verbal clues › News in Science (ABC Science) News in Science Tuesday, 25 June 2013 Rachel SullivanABC Taking cues Giving toddlers non-verbal cues about words can have a big impact on their vocabulary three years later, according to new research. The work, which was carried out by a research team from the University of Chicago and the University of Pennsylvania, found that differences in what children can see (non-verbal cues) while their parents are talking improved their vocabularies by 22 per cent three years later. "There are great differences between children in terms of when they start acquiring language and in how fast their vocabularies grow," says Dr Erica Cartmill, the study's lead author. "We know that some of these differences can be attributed to how much speech children hear, but that only explains a portion of the differences." "We wanted to understand what other differences in children's early home environments might contribute to the differences we see when children are ready to enter school." Helpful clues

Exclusive: Nerf’s Newest Gun Fires 100 Feet Sniping our fellow editors is a much-beloved and long-standing tradition here at Popular Science HQ. Trouble is: our long hallways leave us no escape from our all too well-armed victims. That won't be the case for much longer; soon, we can be snipers. We got a sneak peek at the longest-range Nerf gun in history, the 100-foot-firing N-Strike Elite Centurion. The Centurion is the first in a new line of Nerf guns that use MEGA darts. To get the velocity necessary (nearly 55 mph) to catapult ammo one-third of a football field, the designers had to supersize the typical Nerf launch mechanism. As for the gun itself, we'll be blunt: this thing is freaking huge.

For all you GMs out there who use the magic of the internet, here are 15GB of maps and map assets : DnD