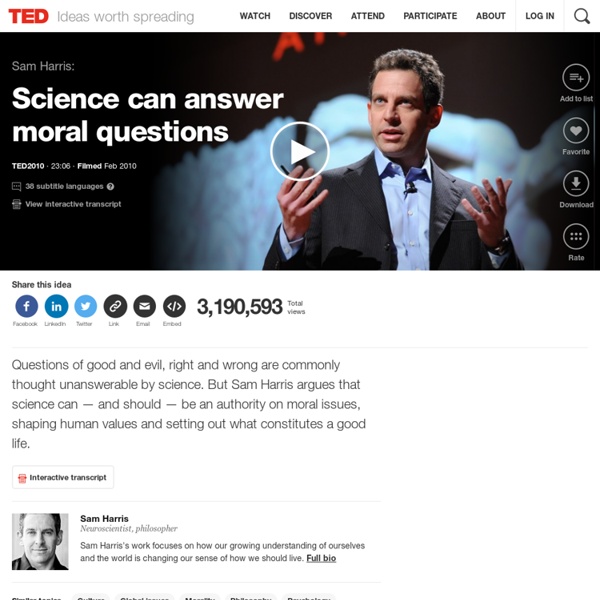 Make the most of your 20s: Meg Jay at TED2013 In her 20s, Meg Jay saw her first psychotherapy client, Alex, who was there to talk about her guy problems. Jay didn’t take the sessions all too seriously at first. But then her supervisor gave her a wakeup call. While Jay said, “Sure she’s dating down and sleeping with a knucklehead. But she’s not gonna marry the guy.” For Jay, it was an a-ha moment. There are 50 million 20-somethings in the US — that’s 15% of population. “Claiming your 20s is one of simplest things you can do for work, happiness, love, maybe even for the world,” says Jay. Jay worries that messages in the media about the changing timetable of adulthood, and the 20s being an “extended adolescence,” are trivializing this important decade. Jay also takes issue with the phrase “you can’t pick your family, but can pick your friends.” “Too many 30-somethings and 40-somethings look at themselves and say about their 20s, ‘What was I doing? So what can 20-somethings do? Meg Jay’s talk is now available for viewing.

Whatever You Are, Be a Good One by Maria Popova From Tolstoy to Tumblr, a compendium of timeless wisdom on life. In March of 1884, Leo Tolstoy resolved in his diary to create a “circle of reading” for himself, probing “the great philosophers of all time and all people” for wisdom on how to live well. Now comes a wonderful modern-day counterpart that falls partway between Tolstoy and Tumblr: Whatever You Are, Be a Good One (public library) — an impossibly charming compendium of 100 wise and timeless thoughts from some of history’s greatest minds, hand-lettered by illustrator and Brain Pickings collaborator Lisa Congdon. Here are a few favorites: From Willa Cather comes this essential reminder of what psychologists have confirmed: As an enormous admirer of Anne Lamott’s magnificent mind and spirit, I was especially delighted to see this one: I was also thrilled to see our collaboration, based on my obsessive highlights of Anaïs Nin’s diaries, included: Donating = Loving Brain Pickings has a free weekly newsletter.

The Purpose of Man's Existence Lesson 1 from the Baltimore Cathechism « prev : next » 1. God made us. In the beginning, God created heaven and earth. 2. God is the Supreme Being, infinitely perfect, who made all things and keeps them in existence. In him we live and move and have our being. 3. God made us to show forth His goodness and to share with us His everlasting happiness in heaven. Eye has not seen nor ear heard, nor has it entered into the heart of man, what things God has prepared for those who love him. 4. To gain the happiness of heaven we must know, love, and serve God in this world. Lay not up to yourselves treasures on earth; where the rust and moth consume and where thieves break through and steal. 5. We learn to know, love, and serve God from Jesus Christ, the Son of God, who teaches us through the Catholic Church. I have come a light into the world that whoever believes in Me may not remain in darkness. 6. We find the chief truths taught by Jesus Christ through the Catholic Church in the Apostles' Creed.

Population pyramids: Powerful predictors of the future - Kim Preshoff If your selected country was not represented by a population pyramid in the lesson, you may wonder what it looks like. The U.S. Census Bureau has an International Data Base that can help you create one. Is your country a fast, slow or no growth pyramid? Whitman Illuminated: “Song of Myself,” in Breathtaking Illustrations by Artist Allen Crawford by Maria Popova “He exalted the nature around and within us. His work is an expression of primal joy: He celebrated our animal senses, and the pleasures of being alive.” Visual artists have long been drawn to the literary classics, producing such masterful homages as William Blake’s paintings for Milton’s Paradise Lost and for Dante’s Divine Comedy, Picasso’s drawings for a naughty ancient Greek comedy, Matisse’s etchings for Ulysses, John Vernon Lord’s illustrations for Joyce’s Finnegans Wake and Salvador Dalí’s prolific illustrations for Don Quixote in 1946, the essays of Montaigne in 1947, The Divine Comedy in 1957, Alice in Wonderland in 1969, and Romeo and Juliet in 1975. In Whitman Illuminated: Song of Myself (public library), artist Allen Crawford brings Whitman’s undying text to new life in gorgeous hand-lettering and illustrations, transforming the 60-page poem originally published in 1855 as the centerpiece of Leaves of Grass into a breathtaking 256-page piece of art.

The art of science: Stunning, psychedelic images from Fabian Oefner In his TEDGlobal 2013 talk, Fabian Oefner shares breathtaking images at the nexus of art and science, which beautifully capture unique moments of physical and chemical drama. Formally trained in art and design, Oefner says that he has always been interested in science. Though he can’t pinpoint the exact moment when he became interested in pairing his two loves, he views both pursuits as inextricably linked by a crucial bond: “The most important quality of science or art is curiosity,” Oefner tells TED. “That’s what keeps me going and always finding something new.” Marbelous No. 05 (2013) An unusual look at the properties of oil, as colorful marbles of oil paint float in a solution of water and methylated spirits. Grain of Scent (2013) Tiny individual droplets of a liquid mixed with spray paint hang in the air for a fraction of a second, forming a scent sculpture. Aurora No. 01 (2013) This image illustrates the combustion of alcohol. Vanishing Beauty (2012) Powders can behave like fluids.

Helen Keller on Optimism by Maria Popova “Doubt and mistrust are the mere panic of timid imagination, which the steadfast heart will conquer, and the large mind transcend.” Decades before the dawn of the positive psychology movement and a century before what neuroscience has taught us about the benefits of optimism, Helen Keller — the remarkable woman who grew up without sight and hearing until, with the help of her teacher Annie Sullivan, she learned to speak, read, write, and inhabit the life of the mind with such grace and fierceness that made her one of history’s most inspired intellectual heroes — penned a timeless treatise on optimism as a philosophy of life. Simply titled Optimism (public library; public domain), it was originally published in 1903 and written — a moment of pause here — after Keller learned to write on a grooved board over a sheet of paper, using the grooves and the end of her index pencil to guide her writing. Once I knew only darkness and stillness. I know what evil is.

7 talks on how we make choices | Playlist Now playing Over the years, research has shown a counterintuitive fact about human nature: That sometimes, having too much choice makes us less happy. This may even be true when it comes to medical treatment. Baba Shiv shares a fascinating study that measures why choice opens the door to doubt, and suggests that ceding control — especially on life-or-death decisions — may be the best thing for us.