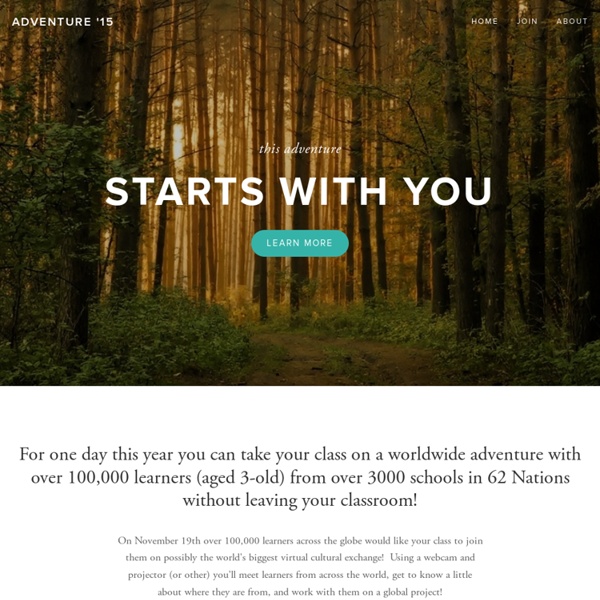 The Hexagon of Proof Following up on the work of Serra and De Villiers, and in the spirit of recent discussions about the success Bloom's Taxonomy has had in penetrating classrooms, I present the Hexagon of Proof. There are six components to the Hexagon of Proof. Learning is a messy affair that doesn't follow any sort of strict hierarchy, so a math classroom should involve all six of these aspects of proof. Step by Step: Designing Personalized Learning Experiences For Students The phrase “personalized learning” gets tossed around a lot in education circles. Sometimes it’s used in the context of educational technology tools that offer lessons keyed to the academic level of individual students. Other times it’s referring to the personal touch of a teacher getting to know a student, learning about their interests and tailoring lessons to meet both their needs and their passion areas. As with most education jargon, the phrase isn’t fixed, but it usually connects to the idea that not all students need the same thing at the same time. It implies choice, multiple pathways to learning, many ways to demonstrate competency and resists the notion that all students learn the same way.

Using Gallery Walks for Revision and Reflection One of the Eight Essential Elements of Project Based Learning is Revision and Reflection. This important element enables learners to improve their work through the use of feedback from multiple sources – peers, teacher, and expert. However, giving and receiving feedback from others can be tricky. It can take time, and the giver might not know how to frame his or her feedback, both in terms of content and tone. The receiver might take critical feedback personally, or be misled by feedback that is off-target in some way.

Sixth form colleges left on starvation rations by government cuts, says report Sixth form colleges are on “starvation rations” as a result of government funding cuts that have put their survival at risk, according to a report. Almost four out of every 10 sixth form principals say it is likely their college will cease to be a going concern within five years, according to Tuesday’s report, while seven out of 10 say they cannot provide students with a quality education with the money they are set to receive next year. Research by the Sixth Form Colleges Association (SFCA), which represents England’s 93 sixth form colleges, reveals an alarming picture of a beleaguered sector “under serious threat”, with almost all college leaders worried about the financial health of their institutions. In contrast with schools, where the government has largely protected budgets, sixth form colleges have been subjected to three separate funding cuts since 2011, with the threat of more to come as the treasury seeks further savings.

Journey: A Beautiful Wordless Story About the Power of the Imagination by Maria Popova Watercolors and whimsy for hearts of all ages. Journey (public library), the debut children’s book by illustrator Aaron Becker, is a charming and empowering wordless story about a lonely little girl who finds herself in an imaginary world and learns to bend it to her own imagination by drawing with a magical red marker. Partway between Alice in Wonderland and Little Boy Brown, between contemporary Disney movies and the ancient Arabian Nights, Becker’s breathtaking watercolors tickle those most timid parts of even our grown-up selves, the parts that still believe in magic, cherish wonderment, and long for the spirit of adventure. In this wonderful short film, Becker cracks open his creative process and invites us in for a peek:

Letter to a young learner After a lifetime of being a student of my mother‘s — she was a gifted teacher who stoutly defended my right to color outside the lines — and ten years of teaching students at UC Berkeley and Stanford — I was rewarded by being able to recognize an important student when she came along. She is twelve. While she is bright in school, her interests are not those of her schoolmates or teachers. I work closely with her mother on planning some work with her during the summer and after school once a week. We’re starting with “A Beginner’s Guide to Constructing the Universe,” because it offers a more compelling and interdisciplinary narrative about the magic of numbers and geometric shapes than her seventh grade math books, and because it takes an active approach — the diligent learner can construct the important geometric figures with compass and straightedge.

Global Bulletin Board Ideas School-wide displays can help to create the overall feeling of inclusiveness in a school. Check out these bulletin board ideas that expose kids to world languages encourage global thinking! At the beginning of the year, our school has a “Meet the Teacher” afternoon where students and their families can come and wander around the school. In the cafeteria, we have tables set up for various clubs, PTO, and enrichment opportunities.

Trends, challenges, and developments for higher education’s next 5 years What’s coming up for education and technology over the next five years? The New Media Consortium’s Horizon Report for higher education* just derived eighteen concepts for its upcoming report. Check ’em out, and tell the team if you have a project that fits into one or more of them. A quick note before approaching these: remember that the technology items are only 1/3rd of the current report. People often forget this, or only pay attention to the tech. Please remember the other 2/3rds about challenges and developments!

Travel Around the World on Instagram I spent last week and will be spending this upcoming week at blogging conferences. Just like all professions, yes we bloggers do have conventions and conferences. One major topic lately has been the new(er) social media networks of Instagram and Pinterest (yes of course those link to my profiles!), they also happen to be my favorite social networks. Lots of people don’t understand why but to me it’s very simple. Education and Training Monitor calls for greater investment in education Member States must invest in education to avoid ‘educational poverty’, a Europe-wide report has found. The EU’s 2015 Education and Training Monitor said investment is needed to build more inclusive educational systems in Europe and combat unemployment. It called for Member States to focus efforts on improving the accessibility, quality and relevance of their education and training systems. The findings come as numerous Member States make cuts to their education budgets, which have fallen by 3.2% across Europe since 2010. Tibor Navracsics, EU Commissioner for Education, Culture, Youth and Sport, said: "Education is crucial if we are to boost economic growth and build cohesive societies.

ChicagoNow Do you want to know how I usually start my day? I travel around the world. Thanks to this fantastic group of bloggers from around the world, I can catch real-time images of daily life as it unfolds in countries across the globe – all from the comfort of my own home. One of the most recent photos I posted to Instagram - my "boys" racing through an apple orchard. A playgroup enjoying Oktoberfest festivities in Germany.