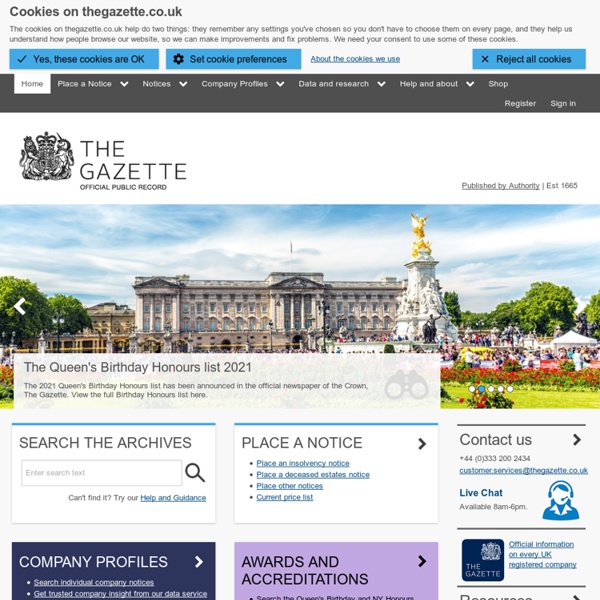 Information Site - the John Johnson Collection This collection provides access to thousands of items selected from the John Johnson Collection of Printed Ephemera, offering unique insights into the changing nature of everyday life in Britain in the eighteenth, nineteenth and early twentieth centuries. Categories include Nineteenth-Century Entertainment, the Booktrade, Popular Prints, Crimes, Murders and Executions, and Advertising. Read more about the John Johnson Collection. Home OHPR News and Notices The OHPR project moved out of its development phase in April 2007. The site has been relatively static since then.

Dreamers and Dissenters How do people respond to the world they live in? When they disagree or dream of change, do they act within society's rules or against them? This site introduces some of the visionaries, dissenters and rule breakers of past centuries. Through a selection of sources from the British Library's collection, you can learn how these people have presented themselves and how they have been represented by others. Language is also an important aspect of citizenship. It is a tool we can use effectively when we understand how others use it and how we use it ourselves.

29 Incredibly Useful Websites You Wish You Knew Earlier There are so many wonderful websites around, and it is difficult to know each and every one of them. The below list provides some of those websites that I find particularly helpful, even though they are not as famous or as prevalent as some of the big names out there. 1. BugMeNot Automated Genealogy Campaign for Abolition 2007 marks the 200th anniversary of the abolition of British involvement in the slave trade. However, the campaign which led to this abolition began as early as 1787. This resource allows you to explore a range of sources from the entire campaign - you will be able to look at minutes from the meetings of the Abolition Committee and to examine first hand, eye witness accounts of slavery. It will become clear that the issues of equality, justice and tolerance raised and explored by the resources are just as relevant today as they were two centuries ago.

10 Important Google URLs That Every Google User Should Know Which website has access to my Google account? What does Google know about me? Where can I see ads that I’ve clicked on Google search? Where can I get a list of ad that I’ve clicked on Google? What does Google know about the places I’ve visited recently? BritishBattles.com analysing and documenting British Battles from the previous centuries

Edinburgh and Belfast editions available for search as well. by marylenegoulet Sep 28