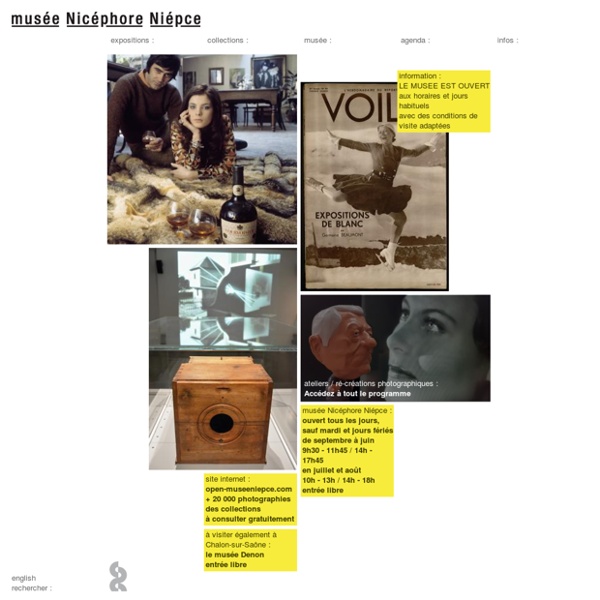 J. E. Haynes Photographs Collection 1507 - Haynes Family Photographs, 1866-1969 Creator: Haynes family Provenance Note: Many photographs were received by Montana State University with the donation of the Haynes family papers by Isabel May (Nauerth) Haynes (IMH) in 1977. The collection includes more than 5000 photographs pertaining to collections 1500-1506, collectively referred to as the Haynes Family Collections. Man Ray official digital photographic library manray-photo.com, Man Ray official digital photographic library Internet site officially authorized by the Man Ray Trust to offer, under certain conditions, reproductions of the Man Ray artworks. These images are displayed only to allow the inspection for purposes of placing reproduction orders, within a professional framework. These works of Man Ray are protected by the legislation concerning literary and artistic property in all countries.

Color Photography from Russia in the Early 1900′s – - PlogPlog Photo Blog Posted Oct 21, 2009 Share This Gallery inShare58 The photographs of Russian chemist and photographer, Sergei Mikhailovich Prokudin-Gorskii, show Russia on the eve of World War I and the coming of the revolution. From 1909-1912 and again in 1915, Prokudin-Gorskii travelled across the Russian Empire, documenting life, landscapes and the work of Russain people.

Photographs Do Not Bend: contemporary photographers Archives Research: Sam Taylor Wood, Still Life (video stills), 2001 In the arts, vanitas is a type of symbolic work of art especially associated with Northern European still life in Flanders and the Netherlands in the 16th and 17th centuries though also common in other places and periods. My Daguerreotype Boyfriend Horace Hopkins Coolidge, age 22, on his graduation from Harvard College, class of 1852. (Harvard Archives) Among the many gifts his fairy godmother endowed on Horace Coolidge were a genial charm of manner, a rare tenderness and a spirit of living kindness, and a loyalty in friendship which made him dearly loved by all who knew him.

Photography For the image obtained, see Photograph. Lens and mounting of a large-format camera Photography is the science, art and practice of creating durable images by recording light or other electromagnetic radiation, either electronically by means of an image sensor, or chemically by means of a light-sensitive material such as photographic film.[1] Photography is employed in many fields of science, manufacturing (e.g. photolithography) and business, as well as its more direct uses for art, recreational purposes, and mass communication. America in Color from 1939-1943 – - PlogPlog Photo Blog Posted Jul 26, 2010 Share This Gallery inShare324 These images, by photographers of the Farm Security Administration/Office of War Information, are some of the only color photographs taken of the effects of the Depression on America’s rural and small town populations. The photographs and captions are the property of the Library of Congress and were included in a 2006 exhibit Bound for Glory: America in Color.

Timothy Allen Pembrokeshire, Wales Home is where the harp is I am sitting in a remote mud hut discussing ‘Big Brother’. Next to me an open fire radiates its welcoming orange cast, tinging all but the brilliant whites of the scene outside, trees freshly dusted with an icy coat of late January powder. Today, unusually, the topic of my conversation has nothing to do with any prophetic Orwellian nightmares of oppression but rather the popular reality TV programme. JR Projects Since 2014 Since 2011 Since 2008 Since 2009 28 Millimeters 2008 - 2010 28 Millimeters 2007 28 Millimeters 2004 - 2006 2001 - 2004 Since 2009

Patrimoine iconographique Flickr logo. If you click it, you'll go home Sign In This is not the page you're looking for. App removes wandering people from photos The Remove app is designed to remove bystanders from photos taken by mobile devices Image Gallery (3 images) It's kind of a funny thing, when you think about it ... even though it's normal to see other people milling about in public places, when we take photos of those places, we often don't want any of those people in our pictures. Ordinarily, this means standing around and waiting, then blasting off a shot in the split second when no one is within your frame - except perhaps the person you're taking a photo of. Swedish photography company Scalado, however, has now developed an alternative for use with mobile devices. It's called Remove, and appropriately enough, it removes those pesky "other people" from your photographs.