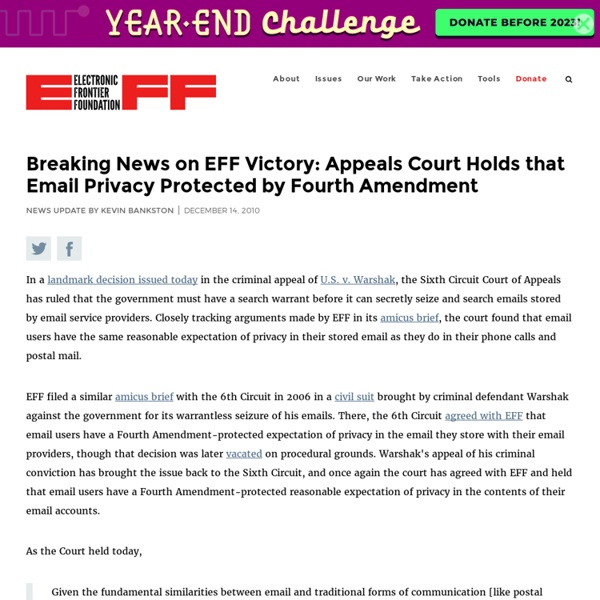 Copyright Abuse in Ohio Governor Election UPDATE: The video was restored on October 8. We thank YouTube for its willingness to restore the video so promptly. With just weeks to go before Ohio votes on its next governor, the contest has devolved into a copyright squabble that is keeping a political video off YouTube on the basis of a bogus copyright claim. A couple of days ago, Congressman John Kasich put out a commercial that featured a man dressed as a steelworker discussing Governor Ted Strickland’s record. It turns out that the steelworker depicted in the commercial wasn't an actual steelworker, but paid actor Chip Redden. In response, the Ohio Democratic Party promptly published a YouTube video capitalizing on this, illustrating its point with short clips from Redden's acting career. Untitled from Jeremy Froughlin on Vimeo. While the use of copyright to take down political speech in the weeks before an election is hardly new (CDT just published a detailed report), this is a particularly egregious example.

Republican Secretary of State in Indiana indicted on voter fraud - National Political Buzz For much of the 2010 election cycle conservatives warned about the potential of voter fraud from Democrats. Four months after the election conservatives finally appear to have a “slam dunk case” of voter fraud. However, the case appears to involve one of their own. Indiana Secretary of State Charlie White (R) has been indicted on seven felony counts of fraud, perjury, and theft related to the 2010 midterm elections. As Secretary of State for Indiana, White serves as the top election official in the state. White allegedly lied about his address when he voted in the 2010 Republican primary in Indiana. White allegedly lied about his residence so that he could keep his position as a member of the Fishers Town Council.

FBI, DOJ and DEA Stall Release of Records on Bid to Expand Surveillance Laws Today EFF filed a reply brief in its FOIA lawsuit seeking records from the FBI, DOJ and DEA that would justify the Administration’s need to expand federal surveillance laws like the Communications Assistance to Law Enforcement Act (CALEA). The proposed expansion would require communications providers like Skype, Facebook, Blackberry and Twitter to build wiretapping capabilities right into their systems, and although we know Congress intends to turn to this issue early this year, FBI, DEA and DOJ have argued they can’t give us all the documents we asked for until the summer of 2012. To force the government to turn over documents on a timeline that would actually allow them to influence the debate, we filed a motion for partial summary judgment, asking the court to order the agencies to produce documents within 10 days. This lawsuit is based on two separate but related FOIA requests, one of which has now been pending with the FBI for almost two years.

Chevron chiefs face shareholders after huge $18bn Ecuador fine | Environment Chevron bosses are facing shareholders for the first time since the company was fined a total of $18bn (£11.1bn) by a court in Ecuador over contamination from oil extraction in the Amazon. California's largest oil company is coming under increasing pressure from institutional investors and long-term shareholders who are gathering at the annual general meeting at Chevron's HQ in San Ramon, near San Francisco. A judge ruled in February this year that the company was liable to pay $8.6bn in damages, mostly to decontaminate polluted soil. The judge also awarded $860,000 to plaintiffs and a further $8.6bn in punitive damages. Chevron has appealed the decision, which amounts to the largest award in corporate history, exceeded only by BP's $20bn compensation fund after the Gulf oil spill. The New York State Common Retirement Fund – which manages $150bn of state government pensions – has filed a resolution calling on Chevron to appoint an independent board member with environmental expertise.

Newly Released Documents Detail FBI’s Plan to Expand Federal Surveillance Laws EFF just received documents in response to a 2-year old FOIA request for information on the FBI’s "Going Dark" program, an initiative to increase the FBI's authority in response to problems the FBI says it's having implementing wiretap and pen register/trap and trace orders on new communications technologies. The documents detail a fully-formed and well-coordinated plan to expand existing surveillance laws and develop new ones. And although they represent only a small fraction of the documents we expect to receive in response to this and a more recent FOIA request, they were released just in time to provide important background information for the House Judiciary Committee’s hearing tomorrow on the Going Dark program. We first heard about the FBI’s Going Dark program in 2009, when the agency’s Congressional budget request included an additional $9 million to fund the program (on top of the $233.9 million it already received). What is the "Going Dark" Program? (GD2, p1). (GD2, p 8).

News Corp.’s Lost $7 Billion Shows Investor Concern Over Hacking Fallout News Corp. (NWSA)’s loss of $7 billion in market value over four trading days shows investor concerns that a probe into alleged phone hacking by journalists at one London newspaper could have a broader impact on the company. Rupert Murdoch’s New York-based media company fell 7.6 percent in Nasdaq Stock Market trading yesterday, the biggest drop since April 2009. The slide is far out of proportion with the lost profits from closing the News of the World tabloid or from delaying the acquisition of the satellite-TV provider British Sky Broadcasting Group Plc (BSY), said David Bank, an analyst at RBC Capital Markets in New York. “There’s a lot of noise out there,” said Bank, who rates the stock “outperform” and doesn’t own any. News Corp. headquarters stands in New York, U.S. News Corp. headquarters stands in New York, U.S. Close Open Photographer: Daniel Acker/Bloomberg Following the slump in its stock price, News Corp. today almost tripled its share-repurchase program to $5 billion. U.K. U.S.

What Does the "Track" in "Do Not Track" Mean? There is a lot of discussion about Do Not Track at the moment. The FTC has announced support for the idea; Mozilla has added a Do Not Track header option into Firefox betas, and Congresswoman Jackie Speier has introduced a Do Not Track bill. Other proposed privacy legislation, such as Rep. Bobby Rush's bill, could also achieve similar objectives. And yesterday, EFF submitted comments urging the Federal Trade Commission to defend online privacy by supporting the header-based Do Not Track feature. Do Not Track is important because it creates a policy mechanism to augment the privacy enhancing technologies that we currently have. Some other anti-tracking technologies have also been discussed a lot recently, including Microsoft's IE 9 Tracking Protection Lists, and AdBlock Plus with EasyPrivacy. Do Not Track is a technically simple proposal: add a header to the messages that browsers and other HTTP clients send when they fetch web pages. What is Tracking? Not necessarily.

Appeals Court: Arresting Guy For Filming Cops Was A Clear Violation Of Both 1st & 4th Amendments We've had a lot of stories this year about police arresting people for filming them. It's become quite a trend. Even worse, a couple weeks ago, we wrote about a police officer in Massachusetts, Michael Sedergren, who is trying to get criminal wiretapping charges brought against a woman who filmed some police officers beating a guy. This officer claims that the woman violated Massachusetts anti-wiretapping law, a common claim from police in such situations. Segederin may have been better off if he'd waited a couple weeks for an appeals court ruling that came out Friday, because that ruling found that arresting someone for filming the police is a clear violation of both the First Amendment and the Fourth Amendment of the Constitution. How the case got to this point is a bit complex, but basically, a guy named Simon Glik saw some police arresting someone in Boston, and thought they were using excessive force. The full ruling is embedded below, but a few choice quotes:

Riding the Fences of the “Urban Homestead”: Trademark Complaints and Misinformation Lead to Improper Takedowns A leading candidate has emerged for the next EFF Takedown Hall of Shame induction: the Dervaes Institute, which is claiming broad ownership rights over the term “urban homesteading” — a term commonly used to describe a social movement dedicated to achieving more self-sufficient, sustainable living in cities. Last year, the Institute managed to register the term as a trademark (in connection with “educational services” such as blogging) and it is now sending takedown requests and warning letters targeting individuals and organizations that have been using the term for years. The Dervaes campaign raises two related issues. First, as explained in more detail in a letter EFF sent today on behalf of three of the targets (Kelly Coyne and Erik Knutzen, authors of The Urban Homestead: Your Guide to Self-Sufficient Living in the Heart of the City, and their publisher, Process Media), the legal claims are baseless. Coyne, Knutzen, and Process Media found themselves in just that situation.

Hedge fund billionaire gets 11-year sentence in fraud case But it was also substantially less than what the prosecution had sought against the man it called “a billion-dollar force of deception and corruption on Wall Street.” The 54-year-old Rajaratnam, who headed Galleon Management, was convicted in May on 14 counts of conspiracy and securities fraud for illegally using inside information to trade in stocks such as Goldman Sachs, Google, Hilton and Intel. The trading generated profits or avoided losses of $72 million, the government estimated. The case pulled back the curtain on illicit trafficking in corporate secrets that involved people at the highest echelons of the financial world and gave hedge funds a competitive edge. The 11-year sentence reflects a trend toward tougher treatment of insider-trading convicts, said former federal prosecutor Robert W. Ray. Less than a decade ago, it would have been unusual for a defendant in a major insider trading case to get more than two years, Ray said. WorldCom’s Ebbers was sentenced to 25 years.

Lawsuit Against YouTube Threatens Global Growth of Political Speech San Francisco - The Electronic Frontier Foundation (EFF) and a coalition of advocacy groups have asked a federal appeals court to reject attempts to thwart federal copyright law and saddle online communities with new litigation fears in the appeal of Viacom v. YouTube. In an amicus brief filed Thursday, EFF argues that the infringement claims made by Viacom and the other plaintiffs threaten to undermine the "safe harbor" provisions of the Digital Millennium Copyright Act (DMCA) -- safe harbors that have fostered free speech and innovation around the globe. Without the clear legal structure of the DMCA process, companies that host user-generated expression could be hit with potentially massive damage awards, which would encourage over-blocking of content or even the shutdown of services altogether. At issue in this case is copyright infringement on YouTube before the online video service voluntarily implemented content filtering technologies in May of 2008. Contacts: