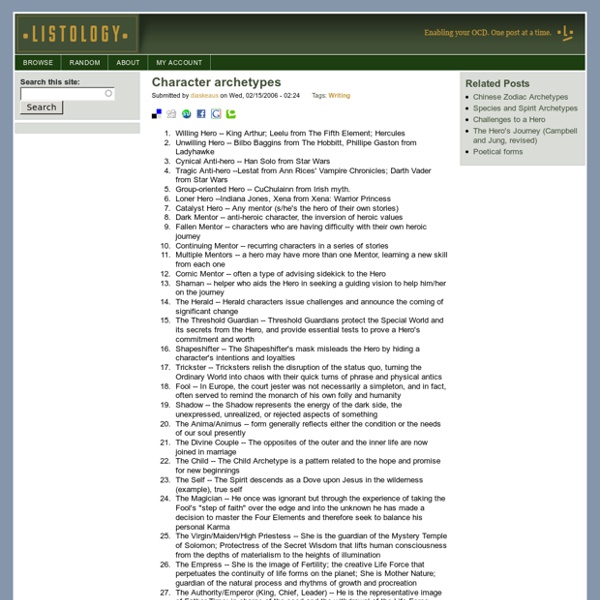 List of legendary creatures (B) From Wikipedia, the free encyclopedia Buraq from a 17th-century Mughal miniature 3 Steps to Writing a Novel with Unforgettable Characters Character development is one of the first essential steps of writing a novel and it involves creating the people who will carry out your story. There will most likely be a variety of characters needed for your story, but none as important as your lead character – your protagonist. A well-developed protagonist has much to do with the success of writing a novel. When writing a novel, the protagonist should be someone that your readers feel is a “real person” that they come to love (or at least like a whole lot), can relate to in many ways, and will care about and think about long after they’ve turned the final page on your novel. How to Create “Real People” for Your Novel When writing a novel, there are many ways to go about creating characters and much has been written about it in “how to write a novel books”, sometimes in great detail. Writing a Novel – Four Attributes of a Lead Character: 1. 2. 3. 4. Writing a Novel – Three Attributes Every Character Has: 1. 2. 3. 1. 2. 3.

Limyaael’s Rants | Curiosity Quills This is an unofficial mirror of the famous Limyaael/Lightning on the Wave/Arin i Asolde literary rants. You will find here a wealth of advice, warnings, and witty commentary on just about every aspect of constructing a story – from character design, to worldbuilding, to avoiding cliches. The original rants are scattered throughout her LiveJournal, InsaneJournal, and JournalFen. In addition to the rants, Limyaael produced a series of brilliant Harry Potter fan-fictions (under the pen name “Lightning on the Wave“), and even some original fiction. Her work is truly an inspiration to the Curiosity Quills team, and we were deeply saddened when she completely disappeared off the face of the earth some time in 2010. Having meticulously followed the trail of Limyaael’s virtual breadcrumbs, we created this page as a centralized repository of her work, for posterity and as a sign of respect and appreciation.

Cheat Sheets for Writing Body Language Translate emotions into written body language We are always told to use body language in our writing. Sometimes, it's easier said than written. I decided to create these cheat sheets to help you show a character's state of mind. The Top Five Tips For Using Body Language Use body language to add depth to dialogue. If you want to learn how to write a book, join our Writers Write course in Johannesburg. Even if you're not busy with a book, prompts are an excellent way to exercise the writing muscle. If you enjoyed this post, read: The Pixar Touch - history of Pixar - Blog - Pixar story rules (one version) Pixar story artist Emma Coats has tweeted a series of “story basics” over the past month and a half — guidelines that she learned from her more senior colleagues on how to create appealing stories: #1: You admire a character for trying more than for their successes. #2: You gotta keep in mind what’s interesting to you as an audience, not what’s fun to do as a writer. They can be v. different. #3: Trying for theme is important, but you won’t see what the story is actually about til you’re at the end of it. Now rewrite. #4: Once upon a time there was ___. #5: Simplify. #6: What is your character good at, comfortable with? #7: Come up with your ending before you figure out your middle. #8: Finish your story, let go even if it’s not perfect. #9: When you’re stuck, make a list of what WOULDN’T happen next. #10: Pull apart the stories you like. #11: Putting it on paper lets you start fixing it. #12: Discount the 1st thing that comes to mind. #13: Give your characters opinions.

List Over 300 Ways to Say Character Names - Tips for Writers on Naming Characters | BabyNames.com There are many literary and movie characters that become everlasting brands in our culture—Atticus Finch, 'Ratso' Rizzo, Holden Caulfield and Scarlett O'Hara, for example. If you name your character right, you will choose a name that is unique to your character and memorable to your story. The names you choose should reveal something about your characters: who they are, where they come from or where they are going. Here are several tips we compiled for writers of stories, novels, tv and movies to help you choose the perfect name for your characters. For more in-depth info, check out CharacterNames.com! Tip 1: Make the name age-appropriate The biggest mistake we see writers make is choosing a character name that is not age-appropriate. Tip 2: Choose a name by meaning Many writers give their characters names that have significance in the story. Tip 3: Exotic romance names are out Tip 4: Science fiction names don't have to sound alien Tip 5: Terms of Endearment Tip 6: Overused Names

Writers' forum - J K Rowling's Writing Process | authonomy writing community From this site Planning This is by far the most underrated of the steps in the writing process. And in the final wash up it is absolutely the most important. It was 1990 and Jo Rowling was on a train between Manchester and London. But did she go home and immediately begin scribbling a story with these characters? Would you attempt to build a house without plans? When you are writing, you are just writing. JK Rowling planned the Harry Potter series for five years before she put pen to paper on the first book She wrote the entire first book, and felt as though she were “carving it out of this mass of notes”. This is the best possible place for you to be in when you are writing a novel. Jo Rowling said she felt she “had to do right by the book”. Jo Rowling rewrote the opening chapter of Harry Potter and the Philosopher’s Stone a total of 15 times. Writing and rewriting are separate processes. And who knows? Suzanne Harrison

Writing Killer Fight Scenes Fight scenes are dangerous territory for writers. On the surface, they seem as if they’re guaranteed to keep the reader glued to the action in the same way as they often do at the movies. In reality, though, readers tend to skip over fight scenes – skimming the long, tedious, blow-by-blow descriptions in favour of getting back to the dialogue and character-driven drama that truly engages them in the story. My novel, Traitor’s Blade, is a swashbuckling fantasy in which fight scenes are a crucial part of the storytelling. This means having to ensure that every piece of action is vital and engaging; it means that every duel must draw the reader in and not let them go until the end. GIVEAWAY: Sebastien is excited to give away a free copy of his novel to a random commenter. Column by Sebastien de Castell, who had just finished a degree in archaeology when he started work on his first job. 1. No matter what you might think, violence is actually boring. 2. 3. 4. 5. You might also like:

The Seven Basic Plots Note: This page was cut for reason: Main redirect to work. [Malady] Creating red links in 0 articles. Abandoning 40458 inbound links. You may want to ask in Ask The Tropers about whether it's safe to recreate. Inexact title. Literature/The Seven Basic Plots If you meant one of those, just click and go. Top 10 Tricks to Make your Villain Stand Out Welcome back to the column that breaks down gaming into what’s really important, ten things at a time! Any story arc needs a good villain. The best big bads are more than just another devil or vampire or dragon. These ten suggestions can help take your villain above and beyond the ordinary and give your players a more memorable game. 1. Why do people follow this villain? 2. The villain should have a single overriding goal that drives all his or her actions. 3. Along with the goal, place concrete steps the villain needs to take to reach the goal. 4. The villain should be making progress if nobody is stopping him or her. 5. Give your villain a weakness the adventurers can figure out and exploit. 6. Avoid faceless or generic threats. 7. Make the villain’s presence known in every corner of the campaign. 8. One of the best ways to make the villain’s presence known is by reusing symbols and calling cards. 9. 10. Powered By DT Author Box Written by loganbonner Rating: 4.2/5 (25 votes cast)