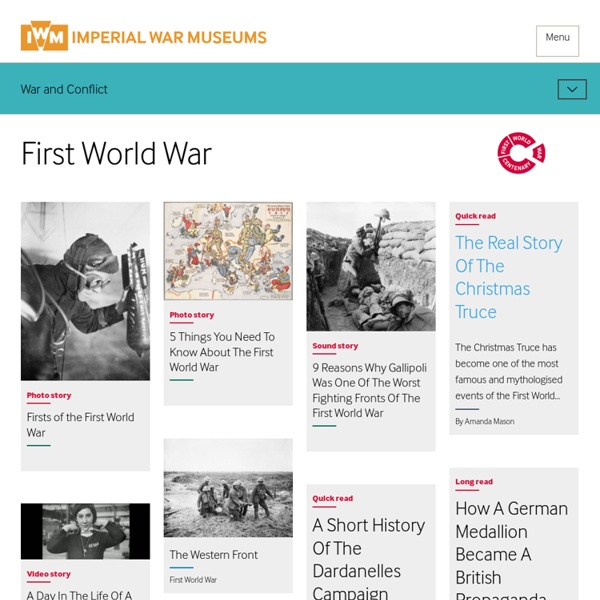 The Hidden World of the Great War The entrance is a wet hole in the earth little bigger than an animal burrow, obscured by thorny brush in a secluded wood in northeastern France. I’m following Jeff Gusky, a photographer and physician from Texas who has explored dozens of underground spaces like this one. Together we slither through the muddy hole into the darkness below. Soon the passage opens up, and we crawl forward on hands and knees. The glow from our headlamps wavers along the dusty chalk walls of the century-old tunnel, which slopes away from us down into the shadows. After a few hundred feet the tunnel ends at a little cubicle hewed out of the chalk, reminiscent of a telephone booth. Here, shortly after the outbreak of the First World War—which began a hundred years ago this summer—German military engineers would take turns sitting in total silence, listening intently for the slightest sound of enemy tunnelers. Pre-WWI boundaries shown. Alexander Stegmaier, NGM Staff; Springer Cartographics.

History - World Wars: Shell Shock during World War One Themes Explore the worldwide implications of the war in Origins, outbreak and conclusions; the logistics of military organisation in The war machine; and the realities of warfare in Life of a soldier and in Race, empire and colonial troops. Consider the roles of non-combatants in Civilians, the power of persuasion in Propaganda, creative responses to the war in Representation and memory; and the changing nature of our perceptions of war in Historical debates. World War I History - World War I Tensions had been brewing throughout Europe–especially in the troubled Balkan region of southeast Europe–for years before World War I actually broke out. A number of alliances involving European powers, the Ottoman Empire, Russia and other parties had existed for years, but political instability in the Balkans (particularly Bosnia, Serbia and Herzegovina) threatened to destroy these agreements. The spark that ignited World War I was struck in Sarajevo, Bosnia, where Archduke Franz Ferdinand—heir to the Austro-Hungarian Empire—was shot to death along with his wife Sophie by the Serbian nationalist Gavrilo Princip on June 28, 1914. Princip and other nationalists were struggling to end Austro-Hungarian rule over Bosnia and Herzegovina. But because Russia supported Serbia, Austria-Hungary waited to declare war until its leaders received assurance from German leader Kaiser Wilhelm II that Germany would support their cause.

First World War 1914–18 Australian troops in the Lone Pine trenches. A02022 A02022 Australian troops in the Lone Pine trenches. AWM A02022 Australia’s involvement in the First World War began when Britain and Germany went to war on 4 August 1914, and both Prime Minister Joseph Cook and Opposition Leader Andrew Fisher, who were in the midst of an election campaign, pledged full support for Britain. The outbreak of war was greeted in Australia, as in many other places, with great enthusiasm. The first significant Australian action of the war was the Australian Naval and Military Expeditionary Force’s (ANMEF) landing on Rabaul on 11 September 1914. On 25 April 1915 members of the Australian Imperial Force (AIF) landed on Gallipoli in Turkey with troops from New Zealand, Britain, and France. Throughout 1916 and 1917 losses on the Western Front were heavy and gains were small. For Australia, the First World War remains the costliest conflict in terms of deaths and casualties. Sources and further reading: C.E.W. J.

British 'angels' who braved WW1 trenches 4 August 2014Last updated at 21:24 ET By Rachel Hosie BBC News, Brussels Two British nurses - Elsie (left) and Mairi - were applauded back home for their courage under fire Today the small Belgian village of Pervyse is quiet, sleepy and peaceful - just as it was 100 years ago, before war ripped it apart. In August 1914, Pervyse was right on the frontline and the farming village was attacked for four long years. World War One left it almost completely destroyed. Nearly all the inhabitants left the village, and those too stubborn to go did not survive long. Mairi Chisholm and Elsie Knocker ran their own first aid post in Pervyse, surviving the heavy bombardment, sniper fire and gas attacks that killed so many. The pair had met in the pre-war years through a shared, and at the time unconventional, love of motorbikes. When war broke out in August 1914, Elsie was 31 and Mairi just 18. Pervyse lies on the frontline north of Ypres Here, the two women set up their first aid post in autumn 1914.

Encyclopedia The Memorial receives many public inquiries covering a wide range of topics. The Encyclopedia features answers to frequently asked questions about Australians at war. It will allow you to search the contents of the Memorial's databases, and provides links to other resources. About the Encyclopedia [top of page] Queen's Scarf awarded to Private A. Yarra, HMAS Z Special Unit (Operation Jaywick)

World War One: The risks for women on the home front Image copyright Imperial War Museum Far away from the frontline, many of World War One's victims were women. Wives, girlfriends, mothers and sisters of troops often found themselves in high risk jobs at munitions factories, which were prone to deadly accidents. The pupils at St Peter's Primary School in Ashton-under-Lyne are well aware of those stories from a century ago, as they rehearse their chorus over and over. "Stay happy with your lives, but don't forget about the past," they sing, striving for perfection. The choir is preparing for performances of the musical Blast, written by their teacher Mark Derbyshire. On 13 June that year, Hooley Hill Rubber and Chemical Works, standing yards from two gas storage tanks, caught fire and erupted within minutes. "One of the crazy things is that the government at the time allowed a TNT factory in the middle of an urban area right next to two gasometers," Mr Derbyshire said. It is unlikely however, any changes could have stopped the disaster.

Australians on the Western Front The four siblings of the Malcolm family from Victoria. Left to right: Lt Norman Malcolm, 2 Pioneers; Sister Stella Malcom, Australian Army Nursing Service (AANS); Lt Eric Malcolm, 3 Division Artillery; Staff Nurse Edith Malcolm, AANS. Norman, Stella and Eric all served on the Western Front and Edith in the Middle East. All four survived the war. Image courtesy of the Australian War Memorial. The 'Great War' (First World War) of 1914–1918, was devastating to all countries involved and was played out on a huge scale. It was unlike any other conflict experienced in human history. In a military sense, the Western Front, which stretched 750 kilometres from the Belgian coast, through France to the Swiss border, was a baptism of fire for the new nation of Australia, who for the first time 'engaged the main army of the main enemy in the main theatre of war' (Dennis & Grey, p. 667). Australians in service—volunteers Monument Wood, France. 11 July 1918. They're not heroes. VOTE YES! Useful links

The 'lost' poetry of World War One 10 August 2014Last updated at 05:24 ET By Vincent Dowd Arts reporter, BBC News Siegfried Sassoon is one of the defining war poets of World War I, but earlier voices have been lost The centenary of World War One means the work of the British war poets has been much quoted of late. In the early months of war newspapers printed stirringly patriotic verse on a daily basis. Tim Kendall sifted through large amounts of World War I poetry to compile his new anthology, published to mark this year's centenary. As an academic at the University of Exeter, he's a leading specialist in the verse of 1914-18 - but some of the material was unknown even to him. "I was keen to take the collection beyond the obvious. "It tends to be the same few patriotic ideas recycled so I wasn't surprised very often. "You learn a lot about what Britain was thinking and fearing." 'Dominant mind-set' A century ago it was still common for magazines and newspapers to publish poems inspired by great public occasions.

Tells the stories of how the wars of the twentieth century have affected people,
covering all aspects of life in wartime. Includes online exhibitions. by chicken62143 Apr 22