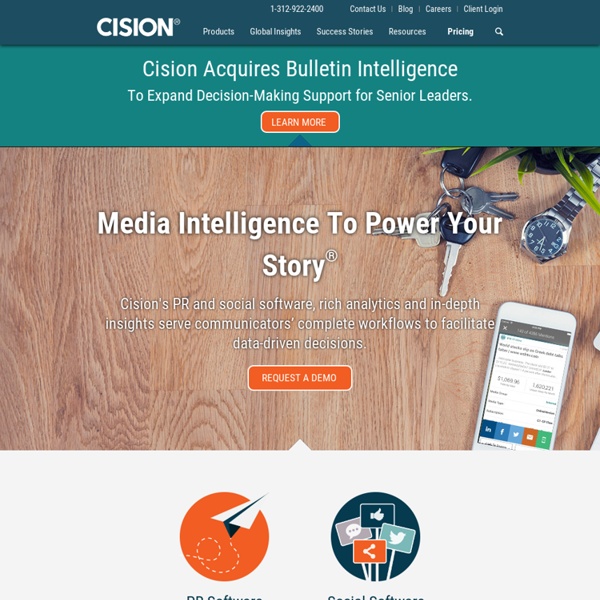 Nanny state Use of term[edit] New Zealand[edit] The term was used by the New Zealand National Party to describe the policies of their political opponents, the Fifth Labour Government, who were in power from 1999 until 2008.[3] The child policies of the National Party's Paula Bennett were later given the 'nanny state' label by a Maori Community Law Service manager.[3] Singapore[edit] The city state of Singapore has a reputation as a nanny state, owing to the considerable number of government regulations and restrictions on its citizens' lives. United Kingdom[edit] In 2004, King's Fund, an independent think tank, conducted a survey of more than 1,000 people and found that most favoured policies that combatted behaviour such as eating a poor diet and public smoking; this was reported by the BBC as the public favouring a nanny state.[5] European Commission[edit] United States[edit] See also[edit] References[edit] Further reading[edit] DiLorenzo, Thomas J.; Bennett, James T. (1997). External links[edit]

Evading Ticketmaster Louis C.K. sells tour himself NEW YORK (AP) -- After selling a comedy special directly to fans and upending the comedy business, Louis C.K. is taking the same approach with tickets to his next tour. The comedian announced Monday evening that he'll charge a flat, no-fee rate of $45 to all of the shows on a 39-city tour he kicks off in October. Tickets will bypass ticketing services and are available only through louisck.com. That's similar to how he sold downloads of his special "Live at the Beacon" for $5, a move that was widely hailed and has since been imitated by other comics like Jim Gaffigan and Aziz Ansari. It made more than $1 million in 12 days. "I'm trying something new, building on the fun, success and fan-benefit of selling my content online," the comedian, whose FX show "Louie" debuts its third season Thursday, said in an email to fans. In an effort to deter scalping, he pledged that any tickets sold above the original price will be canceled.

UK | Magazine | Giving up my iPod for a Walkman When the Sony Walkman was launched, 30 years ago this week, it started a revolution in portable music. But how does it compare with its digital successors? The Magazine invited 13-year-old Scott Campbell to swap his iPod for a Walkman for a week. My dad had told me it was the iPod of its day. He had told me it was big, but I hadn't realised he meant THAT big. When I saw it for the first time, its colour also struck me. So it's not exactly the most aesthetically pleasing choice of music player. From a practical point of view, the Walkman is rather cumbersome, and it is certainly not pocket-sized, unless you have large pockets. When I wore it walking down the street or going into shops, I got strange looks, a mixture of surprise and curiosity, that made me a little embarrassed. As I boarded the school bus, where I live in Aberdeenshire, I was greeted with laughter. In some classes in school they let me listen to music and one teacher recognised it and got nostalgic. Digital relief Memories!

Egypt's new president to pick woman, Christian VPs Egypt's president-elect, Mohamed Morsi, is in the process of putting together a government. A Cairo court overturns a rule allowing the military to arrest civilians Mohamed Morsi's adviser says he will pick a woman and a Christian as vice presidents Morsi has begun assembling a new governmentAhmed Shafik will establish a new political party in Egypt, his office says Cairo (CNN) -- Egypt's first democratically elected president, Mohamed Morsi, will appoint a woman as one of his vice presidents and a Christian as another, his policy adviser told CNN. "For the first time in Egyptian history -- not just modern but in all Egyptian history -- a woman will take that position," Ahmed Deif told CNN's Christiane Amanpour on Monday. "And it's not just a vice president who will represent a certain agenda and sect, but a vice president who is powerful and empowered and will be taking care of critical advising within the presidential Cabinet." Amanpour blog: The woman who monitored Egypt's election

Redline (2009 film) After a total of seven years in production, Redline was intended to premiere at the 2009 Annecy International Animated Film Festival and follow Summer Wars, Mai Mai Miracle, and Yona Yona Penguin as the fourth and final feature film Madhouse planned to release between summer 2009 and spring 2010. However, further delays resulted in the delay of its world premiere, pushed back a few months to August 14, 2009, at the Locarno International Film Festival and its Japanese release to fall 2010. While recuperating in a Dorothy hospital, Frisbee tells JP he's off the hook with his bondsman. Inside DEST Tower on Roboworld, the President asks his Secretary of Defense, Titan, for a report about ships landing on Roboworld's moon, EUЯPSS (pronounced Europass), a de-militarized zone that Roboworld signed away to refugees in the M-3 Nebula Federation. JP finds Sonoshee McLaren in slow hours at the Oasis Restaurant. The film opened in Japan on October 9, 2010.

Teresa Sullivan reinstated as the president of the University of Virginia Photo by Jane Haley/University of Virginia. Last Saturday, I followed my father as he guided my sisters and me around the hyper-Modernist campus of the Illinois Institute of Technology on the south side of Chicago. Fifty years ago, he completed a Ph.D. in chemistry and began his pursuit of a dream of being a professor at an American university. We had gathered there to honor and thank him. One of my sisters, a librarian at the University of Chicago, presented him with a bound copy of his dissertation. My father was a young man in his mid-20s when he arrived on a train from New York, after boarding a ship from London, after flying from Bombay, after a train from Madras, India. My father arrived unprepared for Chicago winters, or any winters, for that matter. My father embodies the potential of the American higher-education system. Dragas demanded top-down control and a rapid transition to a consumer model of diploma generation and online content distribution. Does that sound wasteful?

BulletSponge51 comments on Veterans of Reddit, what is war really like? Build with Chrome (use legos to build in Chrome) : chrome Samsung struggles to keep up with Galaxy S III demand : Android Samsung struggles to keep up with Galaxy S III demand « Mobile Samsung Electronics’ struggle to keep pace with rampant demand for its new Galaxy S III smartphone may have cost the South Korean firm some 2 million units of sales in just a month. For a company that has never stirred the sort of consumer frenzy that accompanies each new Apple Inc gadget, overwhelming demand is a nice problem to have. But some of the shortage stemmed from a manufacturing glitch that affected some European sales, while major carriers in the United States have had to delay delivery of some pre-ordered phones. The Galaxy S III has received the most positive reviews among any of the Samsung smartphones, and the technology giant says the phone is on track to become its fastest selling smartphone, with sales likely to top 10 million in the first two months since its launch. The latest Galaxy’s launch has been well timed as the next iPhone is not expected until later this year, and offerings from others such as Google’s Motorola and Nokia have not created much of a market stir.

Breaking Bad (season 1) Jesse attempts to sell their product to a drug distributor, "Krazy-8", who believes Walter is an undercover cop and attempts to kill him. Walter manages to defend himself, killing Krazy-8's accomplice Emilio and eventually Krazy-8. Walter, deeply disturbed by the ordeal and disappointed by Jesse's unreliability, breaks his ties with Jesse. Walter is offered financial assistance by his brother-in-law, Hank (Dean Norris), who is a DEA agent, and from his wealthy former business partner Elliott, but turns down both offers. The first season of Breaking Bad received generally favorable reviews, scoring 74 out of 100 on Metacritic.[9] New York Post critic Linda Stasi praised the series, particularly the acting of Cranston and Paul, stating "Cranston and Paul are so good, it's astounding. The first season received numerous awards and nominations, including four Emmy Award nominations with two wins. ^ Jump up to: a b "Breaking Bad - The Complete First Season (2008)".

Google Play Is Central to Google's Android Mobile Strategy Google has been stepping up its game around content discovery and distribution for some time. The Android Market is gone, replaced with Google Play. The latest round of announcements from Google's I/O developer conference make it clear that the search giant's content store is central to its plan for mobile domination. Almost every announcement at the Google I/O keynote yesterday (except Google co-founder Sergey Brin's skydiving stunt promoting his pet project, Google Glass) tied directly to Google Play. Android Jelly Bean makes it easier for developers to upload apps to the store and for consumers to download app updates from the store. The Nexus 7 Android tablet serves as a portal to it. One of the greatest things about the mobile revolution is that it has revolutionized the discovery and distribution of content, starting with music. Google is late to the party. If you doubt the importance of Google Play to Google, take a look at the two devices the company announced yesterday.

Lara Craft will invade your Chrome web browser this fall Square Enix plans to launch its console-quality game Lara Croft and the Guardian of Light on the Google Chrome web browser this fall. The deal expands Google’s existing relationship with one of Japan’s largest video game publishers and gives a nice endorsement for Google’s vision of users playing high-quality games seamlessly within Chrome. The two companies made the announcement at the Google I/O developer conference in San Francisco. Square Enix first released this game in their Tomb Raider series in August 2010 as a downloadable title on Xbox Live Arcade. The publisher subsequently ported Guardian of Light to PlayStation Network, Steam, Onlive, iOS, and Blackberry OS. The open source Native Client technology has effectively turned Chrome into a new game platform with hundreds of millions of users. Square Enix previously launched its first title for the Chrome Web Store, Mini Ninjas, in March. More Square Enix games will run on the browser within the next year.