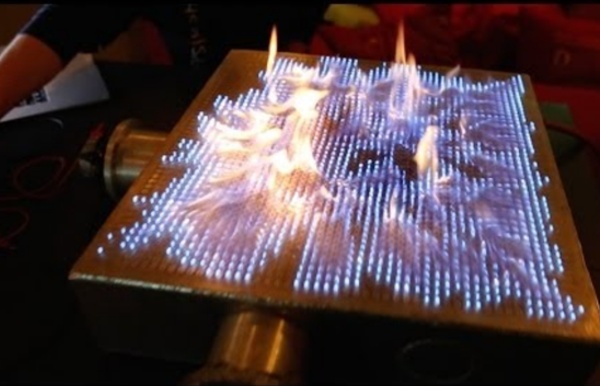 motion trails in houdini, part 1 » Toadstorm Nerdblog I haven’t posted in a long time mostly because I’ve been spending the majority of the last month devouring Houdini tutorials on the internet. Houdini is capable of handling incredibly complex visual effects, and its node-based architecture makes it ideal for effects R&D… if you can get past the learning curve. I’ve never seen a more complicated-looking program. Anyways, after beating my head against the wall for the better part of a month I’ve finally started making sense out of this program, and I want to share an effect I’ve been researching for an upcoming spot, and turn this into a sort of tutorial for dealing with particle systems, creating objects on the fly, and manipulating shapes using audio. Later on I’ll also go over how to make the effect into a “digital asset,” meaning packaging the effect into a single node with its own interface that you can then use for other shots or share with other artists. I really dislike video tutorials so I’m going to try to write this one out.

Nano Supermarket - What Is Nanosupermarket? The NANO Supermarket bus received over 45.000 visitors since its opening. Check out the tour schedule for details. Browse through our product collection and create your personal technology profile by telling us which products you would or would not buy. If you are interested in hosting the NANO Supermarket at your event, please contact us. The NANO Supermarket presents speculative nanotech products that may hit the shelves within the next ten years: Medicinal candy, interactive wall paint, programmable wine and more. Quantum mechanics 101: Demystifying tough physics in 4 easy lessons Ready to level up your working knowledge of quantum mechanics? Check out these four TED-Ed Lessons written by Chad Orzel, Associate Professor in the Department of Physics and Astronomy at Union College and author of How to Teach Quantum Physics to Your Dog. 1. One of the most amazing facts in physics is that everything in the universe, from light to electrons to atoms, behaves like both a particle and a wave at the same time. 2. Austrian physicist Erwin Schrödinger, one of the founders of quantum mechanics, posed this famous question: If you put a cat in a sealed box with a device that has a 50% chance of killing the cat in the next hour, what will be the state of the cat when that time is up? 3. When you think about Einstein and physics, E=mc^2 is probably the first thing that comes to mind. 4. The Heisenberg Uncertainty Principle states that you can never simultaneously know the exact position and the exact speed of an object.

NSA02 | CHOPs Projects Lesson 2 | CHOPs ProjectsPublished: Oct 4, 2013 for Houdini 12.5 This week we continue learning CHOPs by doing a couple of projects. Specifically we will learn how to create the “Pin Table” effect in the original X-Men Movie. We will then move on and learn about the Table CHOP to import tabular data and create a small project that uses the data to create a star field. The scene files for this lesson are available using the button at the top right just under the embedded video. Are you New to Houdini? If you are new to Houdini and would like to follow through these lessons, be sure to download the FREE Houdini Apprentice edition then go through the First Steps Intro lessons. Instructor | Ari Danesh Ari Danesh is a Visual FX artist and Interactive Designer with 12 years experience teaching at the University level.

Cylon.js - Browser Support As of version 0.20.0, Cylon.js has support for running inside browser JS runtimes. This is thanks in no small part to the Browserify tool. For the purposes of this guide, we're going to break apart browser support into a few main sections. Platform Support, which lists the Cylon.js modules that can be used in-browser. Browserify, which covers the basic process of getting a Cylon.js robot running in almost any browser. The Browserify section forms the base the Chrome App and Phonegap sections build on, so it's recommended to start there before continuing into the section of your choice. Platform Support Due to security limitations of browser JS runtimes, not all Cylon.js modules are supported in-browser. However, any module that communicates with devices over a serial port or bluetooth connection, or any other hardware link, will not work from inside a browser. There is an exception to this, and that's Chrome Apps. Here's all currently known supported modules: Browserify and Phonegap:

21 GIFs That Explain Mathematical Concepts “Let's face it; by and large math is not easy, but that's what makes it so rewarding when you conquer a problem, and reach new heights of understanding.” Danica McKellar As we usher in the start of a new school year, it’s time to hit the ground running in your classes! Math can be pretty tough, but since it is the language in which scientists interpret the Universe, there’s really no getting around learning it. Check out these gifs that will help you visualize some tricky aspects of math, so you can dominate your exams this year. Ellipse: Via: giphy Solving Pascal triangles: Via: Hersfold via Wikimedia Commons Use FOIL to easily multiply binomials: Via: mathcaptain Here’s how you solve logarithms: Via: imgur Use this trick so you don’t get mixed up when doing matrix transpositions: Via: Wikimedia Commons What the Pythagorean Theorem is really trying to show you: Via: giphy Exterior angles of polygons will ALWAYS add up to 360 degrees: Via: math.stackexchange Via: imgur Via: Wikimedia Commons Via: reddit

The most powerful man in Hollywood is dead. And you’ve never heard of him. SOUND / Generating Sound with Houdini Above is how you might create a very simple SOUND in Houdini. Make sure that you set it to real time and then set the Audio Panel. I guess it is time to revisit this book by Andrew Lowell.... Creating, triggering and doing something with sound in Houdini seems to be something I have to explore further. In one way, it feels like a huge detour from Houdini and VFX, but on the other hand, it is kind of a revelation as well. MAX AND CHUCK Someone also mentioned about Max not long ago, a node based system similar to Houdini to generate sound and trigger things. Accidentally, I am currently doing this online course from Coursera:Introduction to Programming for Musicians and Digital Artists with Ajay Kapur. Above is a very interesting course where they try to mix sound and programming. I have to mention that only this year that I have been dedicating myself to learn programming and finally got it.

Visual Programming IDE’s for IOT (For People who have no Programming Experience) Everyone is excited about Internet of Things. Since long there was a gap between people who either didn’t know how to deal with Hardware or didn’t have any idea on how to program the system. Since each day we face these problems, I decided to put forward a list of tools which one can be used in order to solve this gap along with the cost associated with each of the above. Lets get started by looking into the various Software tools that comes handy for any kind of IOT development. Visual Programming Software For IOT Wyliodrin is a programming environment for all and is pretty easy to get along with. Most of the above software are free and are used widely by programmers with some or no programming experience.