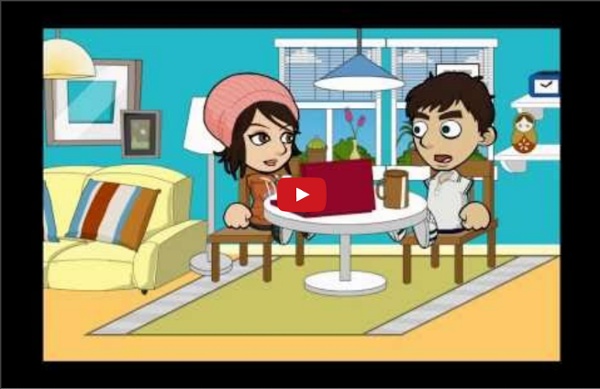 Best Tools to Create Animated Video How to Make a Cartoon Yourself: Top 7 Animated Video Makers Compared Video production is not an easy and cheap matter. A short video for your YouTube channel or website may cost several thousand dollars if you address to professional video studios. No doubt, there are free and low-cost alternatives which can be easily mastered by any web user. A self-made cartoon or an animated video is one of the options. Animated Video Makers: Pros & Cons Second death The second death is an eschatological concept in Judaism and Christianity related to punishment after a first, natural, death. Judaism[edit] Although the term is not found in the Hebrew Bible, Sysling in his study (1996) of Teḥiyyat ha-metim (Hebrew; "resurrection of the dead") in the Palestinian Targums identifies a consistent usage of the term "second death" in texts of the Second Temple period and early Rabbinical writings. In most cases this "second death" is identical with the judgment, following resurrection, in Gehinnom at the Last Day.[1] Targum Deuteronomy[edit] In Targum Neofiti (Neof.) and the fragments (FTP and FTV) the "second death" is the death the wicked die.[2]

YouTube - Safety Mode Safety Mode is an opt-in setting that helps screen out potentially objectionable content that you may prefer not to see or don't want others in your family to stumble across while enjoying YouTube. You can think of this as a parental control setting for YouTube. How to turn Safety Mode On : Scroll to the bottom of any YouTube page and click the drop-down menu in the "Safety" section.Select the On or Off option to enable or disable this feature.

Five-Minute Film Festival: 8 Interactive Video Tools for Engaging Learners It's no secret that I am a passionate advocate for using video in the classroom. When used well, videos can help students make connections to people and ideas beyond their usual frame of reference. That's why I've been really excited to see a wave of new (and mostly free or low-cost!) tech tools recently that enable teachers to take favorite clips and make them more valuable for educational use. Whether you use videos to flip your classroom or you just appreciate the power of video to engage kids, maybe one of the tools in my playlist below will help you go deeper in 2014. Old Earth creationism Old Earth creationism is an umbrella term for a number of types of creationism, including gap creationism, progressive creationism, and evolutionary creationism.[1] Old Earth creationism is typically more compatible with mainstream scientific thought on the issues of physics, chemistry, geology and the age of the Earth, in comparison to young Earth creationism.[2] Types of old Earth creationism[edit] Gap creationism[edit] Gap creationism states that life was immediately and recently created on a pre-existing old Earth. One variant rests on a rendering of Genesis 1:1-2 as:

8 Overlooked Useful YouTube Tools When most people think about YouTube they think sharing videos and or about all of the videos they can discover. Most people don't think about the useful editing tools that are built into YouTube. The YouTube video editor has some useful features for teachers and students. 1. This Is How to Create Videos in Google Drive July 29, 2014 This week's tip for teachers is about creating videos in Google Drive. As you know, since the time Google made it possible to integrate third party apps into Google Drive, there appeared a wide variety of excellent applications that are deemed to enhance the overall performance of your Drive . One of the essential apps that I think every teacher should connect with Google Drive is called WeVideo.

Vidra Tell a story. Pitch an idea. The easiest and fastest way to make an explainer video. Share your story with the world in just a few minutes! Young Earth creationism Young Earth Creationism (YEC) is the religious belief[1] that the Universe, Earth and all life on Earth were created by direct acts of the Abrahamic God during a relatively short period, between 5,700 and 10,000 years ago.[2] Its primary adherents are those Christians and Jews[3] who, using a literal interpretation of the Genesis creation narrative as a basis, believe that God created the Earth in six 24-hour days.[4][5] Young Earth Creationists differ from other creationists in that they believe in a strict-literal interpretation of the Bible regarding the age of the Earth. This contrasts with Old Earth Creationists, who believe that the Book of Genesis may be interpreted metaphorically and who accept the scientifically determined age of Earth and the universe.[6] Since the mid-20th century, young Earth Creationists starting with Henry M.

Video Tools Skip to main content Get your brand new Wikispaces Classroom now and do "back to school" in style. guest Join | Help | Sign In 5 Ways to Create a Stop Motion Animation User Reviewed Two Methods:Using Stop Motion SoftwareUsing Free Video EditorsCommunity Q&A If you were wondering how they create movies such as Wallace and Gromit or those funky LEGO shorts online, your search is over. Although creating stop motion animation is not difficult, it is time-consuming and repetitive. As long as you're patient, this makes a fantastic hobby that may even grow into a career. It is a fun way of learning for everyone.