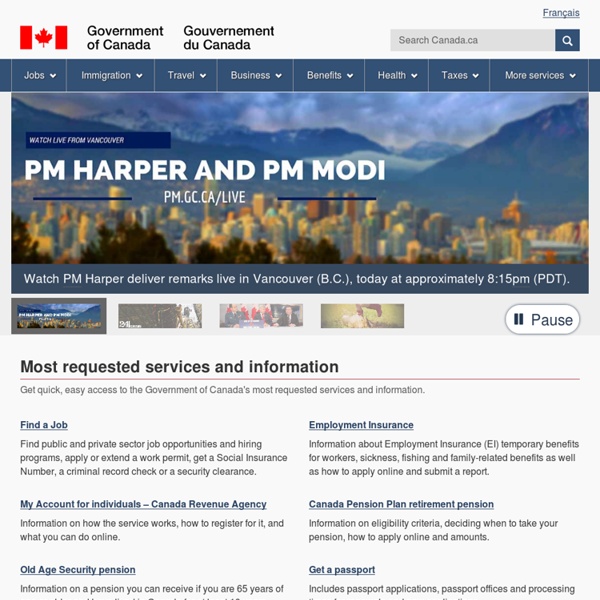 Global Views Welcome to Global Views, opinions about the world from ESL students from around the world. These students were interviewed in Kelowna, BC, Canada between April 1994 and the present. Their views presented in 'Global Views' are their own, and are not meant to represent their country or culture as fact. and To take advantage of the CD-quality sounds in these files, you will need a computer with a floating point unit (FPU), and the latest Shockwave Plug-in from Macromedia. 1. 2. [Top] 3. 4. 5. Brazil (Quicktime video 1.5 mb) Bulgaria (Quicktime video 1.6 mb) South Korea 6.Varia Produced by Brian Rhodes

MayflowerHistory.com How the EU works The EU is a unique economic and political partnership between 28 European countries that together cover much of the continent. The EU was created in the aftermath of the Second World War. The first steps were to foster economic cooperation: the idea being that countries who trade with one another become economically interdependent and so more likely to avoid conflict. The result was the European Economic Community (EEC), created in 1958, and initially increasing economic cooperation between six countries: Belgium, Germany, France, Italy, Luxembourg and the Netherlands. Since then, a huge single market has been created and continues to develop towards its full potential. From economic to political union What began as a purely economic union has evolved into an organisation spanning policy areas, from development aid to environment. The EU is based on the rule of law: everything that it does is founded on treaties, voluntarily and democratically agreed by all member countries.

Museological Complex of the Museum of Civilization It consists of a virtual exhibit of five historic periods from 1870 to today. A blog for teachers and their students introduces the concepts of science journalism. Discover the history of this fascinating place and observe vestiges of the past through five 360 degree panoramas. At the controls of your flying camera, free three museums that have lost their access code. Although little known until today, the epic tale of the first French North American colony has been gradually revealed in five years of archaeological work on the Cap-Rouge. An artistic marvel to explore, as works of the 15th and 16th European art schools are juxtaposed with those of such renowned Québec artists as Joseph Légaré, Marc-Aurèle de Foy Suzor-Coté, and Jean Paul Lemieux. Bring the city’s founder back to life, along with his dreams, plans, partners, enemies, and the lands he explored 400 years ago. Once Upon a Time... Brave a mysterious forest, slip down secret passageways, or transform into a knight or a fairy.