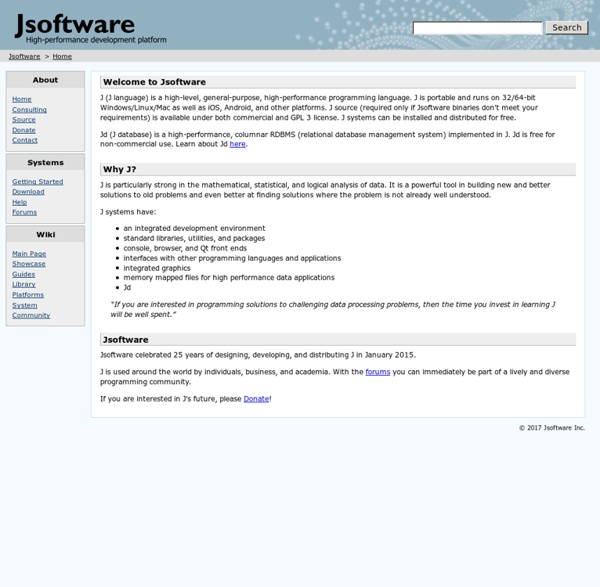 J History[edit] Use in English[edit] In English, 'j' most commonly represents the affricate /dʒ/. In Old English the phoneme /dʒ/ was represented orthographically as 'cg' or 'cȝ'.[5] Under the influence of Old French, which had a similar phoneme deriving from Latin /j/, English scribes began to use 'i' (later 'j') to represent word-initial /dʒ/ of Old English (for example, 'iest' later 'jest'), while using 'dg' elsewhere (for example, 'hedge').[5] Later many other uses of 'i' (later 'j') were added in loanwords from French and other languages (e.g. 'adjoin', 'junta'). The first English-language book to make a clear distinction between 'i' and 'j' was published in 1633.[6] In loan words such as raj, "J" may be pronounced /ʒ/ by some speakers. In English, 'J' is the fourth-least-frequently used letter in words, being more frequent only than 'Z', 'Q', and 'X'. Use in other languages[edit] The letter J is generally not used in the modern Celtic languages and in Galician, except in loanwords.

J Home Learning Contents >> << Usr Pri JfC LJ Phr Dic Rel Voc !: Help Learning J J software and documentation are available at the J Software Home Page This book is also available in various formats from here Please send comments and criticisms to the J Forum Copyright © Roger Stokes 2013. This book is meant to help the reader to learn the computer-programming language J. My hope is that the book will be useful to a wide readership. The scope of this book is the core J language defined in the J Dictionary. Hence the book does not cover topics such as graphics, plotting, GUI, and database covered in the J User Guide, nor does it cover the J Application Library . The book is organized as follows. All the examples have been executed with J701. Acknowledgments I am grateful to readers of earlier drafts for encouragement and for valuable criticisms and suggestions.

jQl an asynchronous jQuery Loader - yterium.net “Put javascript at bottom”… or not ? One good practice in web performance optimization is to “put script at bottom”. The reason is that while scripts are loading, most browsers block others components from loading. When you put your scripts at the bottom of the HTML document, all components can be loaded without delay, and, in the end, scripts can be loaded. However, doing this way has some drawbacks : One is that the loading of externals scripts is delayed after all other components. I’ve been wondering for a long time if it would be possible to get rid of these drawbacks while reaching the following goals: early external jQuery loading non blocking jQuery loading that allow other components on the same page to be loaded in parallel, including jQuery plugins non blocking inline script in the HTML document, that could call jQuery('document').ready(), even when jQuery and its plugins havent’ been loaded yet. jQl is my solution. jQl an inline loader Asynchronously loading jQuery Wrap up

Whatever Happened to APL? Late, great Ken Iverson Whatever Happened to APL?by John C. Dvorak (originally appeared circa 1998) The first language I learned to code should have been FORTRAN. APL, was invented by Ken Iverson from 1957-1960 and means, simply, A Programming Language, although it was originally dubbed Iverson Notation when Iverson developed it at Harvard. APL has a number of interest characteristics in its original form. One other noteworthy feature is the power of computation that can be compressed into a single line of code. Some of the drawbacks to APL were corrected by the newer version of the language simply called “J.” — also developed by Iverson with Roger Hui. Doing a Whatever Happened to APL (or J) is somewhat ludicrous because nothing ever happened to the language. APL was a small player during this change over and pretty much got shoved aside completely, which is probably good for the language. This may change with the introduction of two products. Enter J. [note: Ken Iverson died in 2004]

Regexp::Grammars - Add grammatical parsing features to Perl 5.10 regexes Regexp::Grammars - Add grammatical parsing features to Perl 5.10 regexes This document describes Regexp::Grammars version 1.033 In your program... Defining and using named grammars... Defining rules in your grammar... Matching rules in your grammar... In your grammar's code blocks... Directives... This module adds a small number of new regex constructs that can be used within Perl 5.10 patterns to implement complete recursive-descent parsing. Perl 5.10 already supports recursive=descent matching, via the new (? This technique makes it possible to use regexes to recognize complex, hierarchical--and even recursive--textual structures. An additional problem when using Perl 5.10 regexes to match complex data formats is that you have to make sure you remember to insert whitespace-matching constructs (such as \s*) at every possible position where the data might contain ignorable whitespace. The Regexp::Grammars module solves both those problems. Setting up the module Just add: to any lexical scope.

J Forums The J forum mailing lists give life to the J community. They are the best way to get help, help others, report bugs, and share your interest in J. Newbies ask questions and get helpful, polite answers. Gurus present insights, sample code, problems, and solutions. The programming, beta, source and general forums are core forums. The chat forum is an open discussion group, covering computer languages as long as there is some connection to J: array programming, aspects of other computer languages, historical tidbits, random questions about J, wish lists, etc. The core forums are moderated and posters of inappropriate messages will be directed to chat. Jsoftware will remove any member that, in Jsoftware's sole opinion, sends messages that are abusive or inappropriate to the purpose of the forum. Many people will see your message. In answering questions, remember that teaching fishing is better than giving a fish. Please note that the forum email addresses are the name @ jsoftware.com.