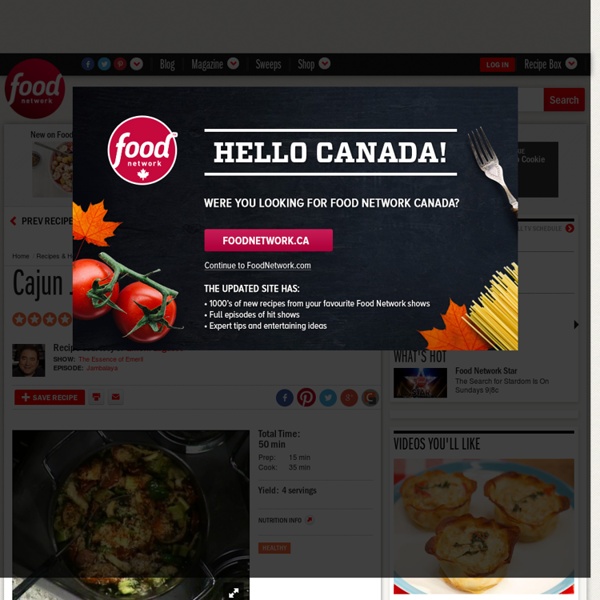 French Onion Soup Recipe French Onion Soup with its hardy constitution, tangy onion flavor and wonderfully thick cheese was served throughout history, some say as far back as the ancient Roman and Greek era. Although rumor has it that King Louis the XV of France has also been credited with its creation, a quaint story of him returning from a hunting trip, famished, with nothing in the pantry but onions, champagne and a crust of bread. Enjoy this classic French onion soup recipe that will be sure to embrace your senses and feed your hunger. Ingredients: 4 onions2 Tablespoons butter2 cans beef broth1 soup can water1 teaspoon Worcestershire sauceToasted bread4 thick slices Swiss cheese Directions: 1. 2. 3. 4.

American wild ale American wild ale generally refers to beers brewed in America using yeast and/or bacteria in addition to Saccharomyces cerevisiae for fermentation.[1][2][3] Such beers may be similar to traditional beers such as Lambic and Oud bruin, and are typically fermented using a strain of brettanomyces for part or all of the fermentation.[4] The use of brettanomyces can result in a funky flavor profile. Examples include Jolly Pumpkin Perseguidor,[5] Avery 15[3] and Brabant,[6] Ommegang Ommegeddon.[7] Individual styles can vary from "light or dark, hoppy or malty, strong or sessionable, barrel-aged or not".[8] They often have "sour notes as well as barnyard, Band-Aid, animal or earthy characteristics".[9] Some varieties included "mild fruits, such as apricots, to balance the acidity and sourness".[10] These brews have been said to attract both "hardcore beer fans and serious wine lovers".[9] See also[edit] List of beer styles References[edit]

Garlic Butter Recipe - Steakhouse Garlic Butter Recipe Nothing beats the sight of a melting dollop of garlic butter slowly disappearing over a perfectly cooked steak! This easy to make garlic butter recipe is perfect for steak, chops, chicken, and even seafood recipes. Garlic butter will keep in the fridge, and can be made well in advance. Makes 1/2 cup of Steakhouse Garlic Butter Prep Time: 10 minutes Total Time: 10 minutes Ingredients: 1 stick unsalted butter3 garlic cloves, crushed and minced fine1/2 tsp Worcestershire sauce1/4 tsp white pepper (may substitute black)1/4 tsp salt, or to taste1 tbsp fresh chopped parsley Preparation: Put the butter in a bowl and leave at room temperature until it is soft enough to work. Refrigerate until firm.

List of beer styles There is no universally agreed list of beer styles as different countries and organisations have different sets of criteria. Organisers of beer competitions such as CAMRA's Champion Beer of Britain, the Beer Judge Certification Program's local homebrewing competitions, the Brewers Association's World Beer Cup, and the Brewing Industry International Awards have categories in which beers are judged. The categories are varied and include: "Cask Conditioned Ale",[2] Gluten Free Beer[3] and Spice, Herb, or Vegetable Beer.[4] A number of ethnic beers, such as Chhaang and Cauim are not included on any of the main beer style groupings. Some beer terms such as ale, lager, cask ale cover a wide variety of beer styles. Styles Types Origin References Bibliography

Drunken Cowboy Beans | Maker's Mark® Kentucky Straight Bourbon Handmade Whisky by Chef Sheamus Feeley, Executive Chef & Partner, Farmstead Restaurant I only use Rancho Gordo beans in the restaurant, as I feel they are the best dried bean available. I never have to soak them, and they cook fast, with great-tasting pot liquor. Pinquito beans are a classic side to Central Coast barbecue (Santa Maria style) here in California. I call them "Cowboy beans" when I serve them with my whole-hog barbecue. But with a little Maker's Mark® Bourbon... Benton's Bacon, which you can also order online, just happens to be some of the smokiest bacon in the USA. Prep Time: 1 day beforehandCook Time: 2 hoursLevel: Intermediate Makes 8 cups Cooked Beans Combine all ingredients in a large pot and bring to a boil over high heat. Cowboy Beans Render the bacon until crisp in a large pot over medium-high heat, stirring often, about 10 minutes.Add the onion and sweat on low heat for 3-4 minutes. Print This

Chicha Chicha morada served with pipeño In South and Central America, chicha is a fermented or non-fermented beverage usually derived from maize.[1] Chicha includes corn beer known as chicha de jora and non-alcoholic beverages such as chicha morada. Chichas can also be made from manioc root (also called yuca or cassava), grape, apple or various other fruits. While chicha is most commonly associated with maize, the word is used in the Andes for almost any homemade fermented drink, and many unfermented drinks.[2] Many different grains or fruits are used to make "chicha" in different regions. Etymology and related phrases[edit] The common Spanish expression Ni chicha ni limonada (neither chicha nor lemonade) is roughly equivalent to the English "neither fish nor fowl". Maize chicha[edit] Preparation[edit] Chicha morada Peru; unfermented chicha made from purple maize and boiled with pineapple and spices. Chicha morada is not fermented. Use[edit] Chicha Morada is believed to reduce blood pressure.

Summer Squash Risotto with Fresh Garlic, Petite Peas & Basil | Vegenista My CSA has already been keeping me very well stocked in the summer squash department, & it’s not even officially summer yet! I don’t have a lot of tried & true summer squash recipes, so I decided to come up with my own - a risotto! I received a few stalks of fresh garlic from the CSA, & having no clue how to use them, I asked the gal at the farm stand what she recommended. She said she uses it just like you would a garlic clove, so I minced up one stalk & used it in my risotto! "Summer Squash Risotto with Fresh Garlic, Petite Peas & Basil"2 Tbsp. Super creamy, yummy & summery! Enjoy!

Peruvian cumbia Chicha or Peruvian cumbia is a subgenre of Cumbia that became popular in the coastal cities of Peru, mainly in Lima in the 1960s through the fusion of local versions of the original Colombian genre, traditional highland huayno, and rock music, particularly surf rock and psychedelic rock. The term Chicha is more frequently used for the pre-1990s variations of the subgenre. Unlike other styles of cumbia, the Chicha subgenre's harmonics are based on the pentatonic scale typical of Andean music. It is played with keyboards or synthesizers and up to three electric guitars that can play simultaneous melodies, an element derived from the harp and guitar lines of Andean huayno. The rhythmic electric guitar in chicha is played with upstrokes, following patterns derived from Peruvian coastal Creole Waltz. Chicha songs contain electric guitar solos, following the rock music tradition. Origins and development[edit] Chicha started out in the 1960s in the oil-boom cities of the Peruvian Amazon.

Homemade Lemonade Making a big ol’ batch of lemonade is one of my favorite summertime rituals, and I’d be seriously lost and forlorn in the wilderness if something happened to the worldwide lemon crop one year and I wasn’t able to make it. No mix or frozen concentrate can possibly give you the same fresh lemony flavor as the real stuff; plus, when you make your own, you can control the level of sweetness to suit your tastes. If you like things a little sweeter, you can up the syrup; if you like things so tart, your face contorts…you can ease up on the syrup a bit. And a plus: Your hands will smell like lemons all day! Mmmmm. Here’s all you need, man: 4 cups sugar 2 dozen lemons Water Ice A few hours (or a whole day) in advance, make a sugar syrup by combining 6 cups of water… With the sugar in a large saucepan. Heat it over medium heat until the sugar dissolves. I’m obsessed with the word viscous right now. Juice all the lemons into a pitcher. This will exhaust you and make you want to take a nap. Ingredients

Yes, It's Worth It To Make Your Own Yogurt Nicole Spiridakis for NPR On the verge of a move to Casablanca, Morocco, for the next four years, I spent a month there this summer to dip my toes figuratively — and literally, into the Atlantic — into my new life. I became almost accustomed to the ongoing calls to prayer and cooked with gorgeous produce acquired from my neighborhood souk. I drank all sorts of delicious and cheap fresh-squeezed juices at the cafe up the street and watched cars and donkey-pulled carts pass by in equal measure. I ate too many French-inspired pastries, and I made my own yogurt. Now, that last endeavor may be a surprise. My years in San Francisco — for better or worse — have made me into a bit of a purist. I do know that living a month in a new place is hardly enough time to find a good lunch spot, let alone explore all of the shopping options. Nicole Spiridakis lives in San Francisco and writes about food, travel and her native state on her blog, cucinanicolina.com. Homemade Yogurt Makes 1 quart of yogurt