The Lost Generation: A Decade of Teen Movies 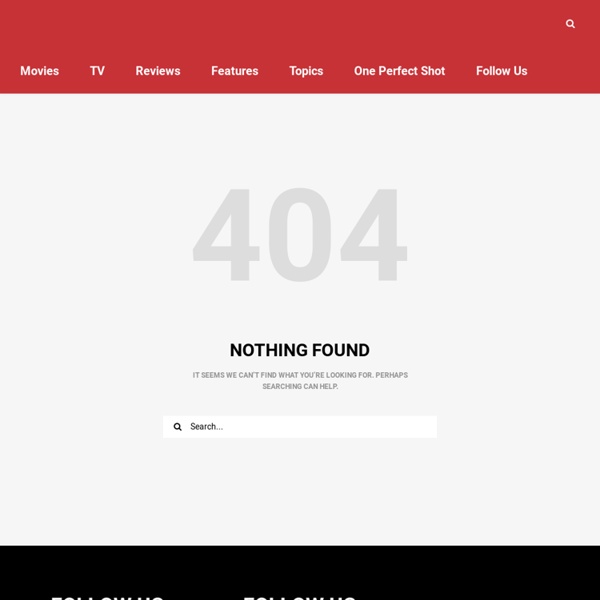 The best teen movies reflect modern youth culture and alter it—they transform the vernacular, fashion, and the trajectory of the genre itself. They are original and smart (even mid-dick joke). Some are raunchy comedies, some are stark dramas, some defy classification, but all are unflinchingly honest (even mid-dick joke). Though they very seldom win awards, the best teen movies usually compel repeat viewings and somehow seem to intuit the needs and tastes of generations to come. Here are 15 of the decade’s most memorable explorations of all the intrinsic charms and traumas of teendom. Most likely to influence future filmmakers: Brick (2005) Writer-director Rian Johnson overhauled the teen genre, the noir, and blew everyone’s mind by setting this brilliant whodunit in a high school. Most likely to cause a lot of ill-advised sweater fondling: Wet Hot American Summer (2001) Most likely to be seen as the defining moment of Mandy Moore’s acting career: Saved!

Top 10 Strange Japanese Films You Need to Watch There are strange movies, and then there are stranger movies. Movies that simply cannot be described with words alone. There are movies you see, and then there are movies you experience. This list compiles ten of the strangest Japanese movies that simply must be seen to be believed. 25 Spectacular Movies You (Probably) Haven't Seen Pt. 2 Human Traffic Very unique comedy about the drug/club culture in the UK. Five friends ponder society, drug use and their own lives as they go about their usual weekend of snorting, smoking, popping, dancing and sex. The Matador

25 Spectacular Movies You (Probably) Haven’t Seen Midnight in Paris Woody Allen’s latest places starving writer Owen Wilson in Paris with his fiancée, Rachel McAdams. Searching for inspiration for his incomplete novel, Owen begins taking strolls around the city at night where he discovers an unexpected group of people. I wish I could be more specific, but it would ruin the surprise. Know that it is brilliant, witty and full of mystique. 92% on Rotten Tomatoes (RT). Let the Right One In Danny Perez Directs The Music Video For Hot Chips &Look At Where We Are& We’ve been eagerly awaiting Hot Chip’s new album for the past two years (meanwhile listening to old songs “Over and Over” again), so when the British electro outlet released In Our Heads this June, we were psyched to hear their new take on dance music. The band teamed up with visual sorcerer and Creator Danny Perez who directed the music video for “Look At Where We Are,” produced by The Creators Project. Perez’s collaboration with Animal Collective produced the visual album ODDSAC back in 2010—an audiovisual assault on the senses where sound and imagery bombarded the viewer into another world.

The 100 Best Films Of World Cinema From Brazil to Japan to France and Senegal, from Neo-Realism to Dogme to J-horror, we've compiled a list of the very best films not in the English language (note: features, not documentaries). So rustle up some sushi, strike up a gauloise and make sure you've locked your bicycle as we count down the top 100 world cinema movies... 100. Night Watch OUYA: A New Kind of Video Game Console by OUYA & Kickstarter We just added game streaming through OnLive! Final Fantasy will be on OUYA...and we have an exclusive game! And VEVO has agreed to put their music videos on OUYA, XBMC adds a streaming media app, with TuneIn and iHeartRadio adding music! The 30 Best Films of the Decade We’re all in that humanistic mode of evaluating our lives – coming up on the end of the year and the last time a zero will be the third digit on our calendars. We’re all (from Variety to Cat Fancy) also waxing expert on what films were the best of the best of the best of the past ten years. Which is why there is an unnavigable sea of opinion polluting the internet right now. Neil and I thought, ‘If everyone else is doing it, why can’t we? And why not do it better?”

The 50 Best Movies on Netflix Instant We love the convenience of streaming movies on Netflix Instant, but we don’t always love the navigating through the countless films in the service’s ever-expanding catalog to find something to watch. So we’ve compiled our list of recommended titles for you—whether you love classics, comedies, documentaries or just good ol’ fashioned kung-fu. The genres vary greatly here—and range in age from brand new to 87-years-old—but all 50 of these films come with the Paste stamp of approval. The list is up to date as of February 2013, but we’ll update the list from time to time as Netflix Instant changes its offerings. 30.