Shut down or restart? 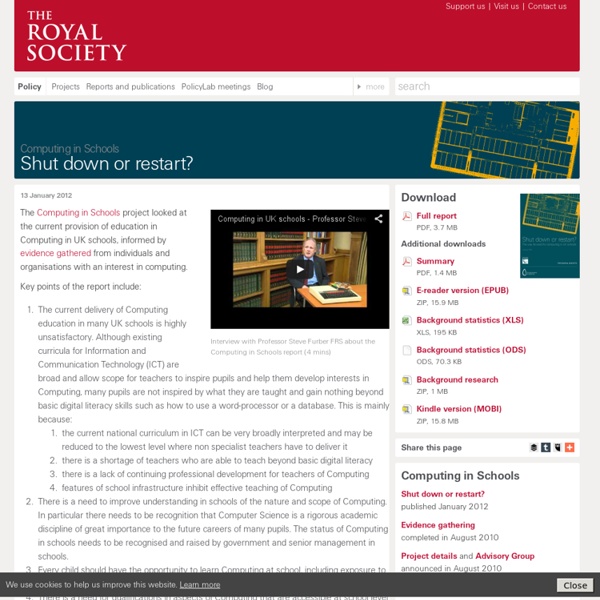 The 100 Best Web 2.0 Classroom Tools Chosen By You The Wordle of this list! (Click image to enlarge) One of the most popular posts on Edudemic in 2010 was The 35 Best Web 2.0 Classroom Tools Chosen By You and I felt it might be time for an update to that list for 2011. In order to put together a list of the best Web 2.0 classroom tools, I polled my Twitter followers, Facebook fans (are they still called fans? There were more than 900 submissions but many were duplicates. The A-Z Dictionary of Educational Twitter Hashtags Whether you’re a new or seasoned Twitter user, you likely come across confusing hashtags that probably look like a bunch of nonsense. First, What’s A Hashtag? The # symbol, called a hashtag, is used to mark keyword or topic in a Tweet. Any Twitter user can categorize or follow topics with hashtags.Those hashtags (usually) mean something and are a great way to get a tweet to appear in search results or discussion monitoring. For example, the popular #edchat hashtag is used by thousands of users every Tuesday. How To Hide Your Hashtag Chat From Followers When having a Twitter #hashtag chat, if you want to avoid overwhelming your followers, start any tweet you want to “hide” with @HideChat or (one character shorter) @HideTag . You don’t need to do this with all your chat tweets (though you could). Sources That’s why it’s probably helpful for you to check out the following list of popular educational hashtags. The Most Popular Hashtags #edchat – Education, worldwide (lots of US teachers).