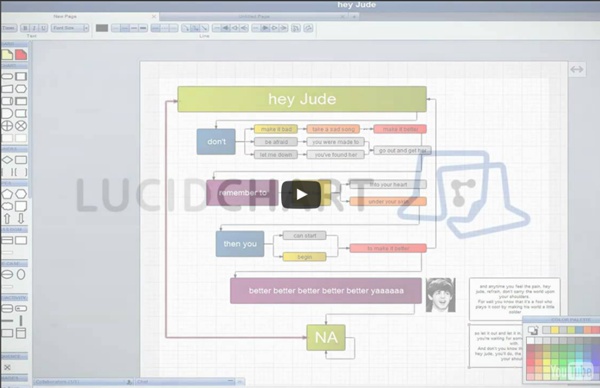 CMYK and The Four Seasons of Vivaldi | Yatzer™ Image Courtesy of Mot studio Her name is Laia Clos and after receiving her first degree in History of Art from the University of Barcelona she moved on to study Graphic Design at the Escola Massana. Graduating in 1997, she begun her professional experience, first with Compañía General de Ideas and later at the studio Enric Jardí. In 2006 she opened her own studio - ‘Mot’ and today she is teaching design at the Escola Eina - Universitat Autònoma de Barcelona - and is a board member of the ADG FAD. One of Clos' latest projects is called "Lesquatrestacions" - otherwise 'The Four Seasons' - and refers to the musical composition of the Italian 18th century composer, Antonio Vivaldi. To create 'Lesquatrestacions', Mot studio designed a prototype - 'SisTeMu' - a graphic notation system which looks at interpreting musical texture." Each of the four posters is the entire translation of one concerto – one season – played by the lead violin. sources: Mot studio

Pocket Hipster - The coolest music app ever, but youve probably never heard... Karaoke Over 9,500 songs online! “I asked a small group to choose four songs they liked and they could sing. They really enjoyed it – it was a new way to spend some pleasant time together, learning English, and singing songs.” Prof.ssa Nicoletta Magri, Dalmine (BG) Search: enter singer, group or song title. The songs on Tune Into English are all taken from www.youtube.com. (Note: Not all the lyrics may be correct! “The karaoke is great!!! Christmas Karaoke!!! Easter Karaoke!!! Tips from Dr.

Sing2Learn on the App Store Song Lyric Flowcharts About Song Lyric Flowcharts are a series of graphic charts and diagrams that visualize the lyrics of popular songs in a sequential order, in similar vein to the use of LOLgraphs. Origin On August 17th, 2009, Tumblr user Jeannr posted a flowchart outlining the lyrics for the 1983 soft rock song “Total Eclipse of the Heart” by Bonnie Tyler (shown below). Precursor One of the earliest known online projects devoted to flowchart visualization of popular song lyrics was launched as a single webpage under the domain Jamphat.com in November 2007. Spread On August 18th, 2009, BuzzFeed reposted Jeannr’s flowchart. On October 20th, YouTuber lyricalflowcharts uploaded a video showing the creation of another flowchart for The Beatles’ song “Hey Jude” (shown below). On January 24th, 2011, the webcomic Xkcd posted a flowchart illustrating the lyrics for several songs with repetitions of the word “na” (shown below). Notable Examples Search Interest Not available. External References

Flowcharts And Song Lyrics | Happy Holly Project An unlikely pairing? I thought so too. Until I saw this today in a posting out in the uber-world that is Facebook. People of a not-quite-certain age will recognize it as the flow chart that outlines the words to a song from back in 1980. The funny thing is how absolutely creative people can me on such short notice. Seriously. In no time at all there were several additional posts Now I’ll be honest, that there is one that I don’t recognize as a song lyric … and you can probably guess which one it is. And as one person commented, the pie chart probably ought to be a roll chart, but still. So I went out to the all-knowing Google and discovered a few more … And just as quickly as it had arrived, my fascination with song lyrics went away. After all, there are only so many “Na – na – na – na”s that an earworm can handle in a day. Please feel free to share me with others:: Like this: Like Loading... Related And The Cat Came Back ... ... it wouldn't go away. In "The Other Ones" In "Humor" INFP ...