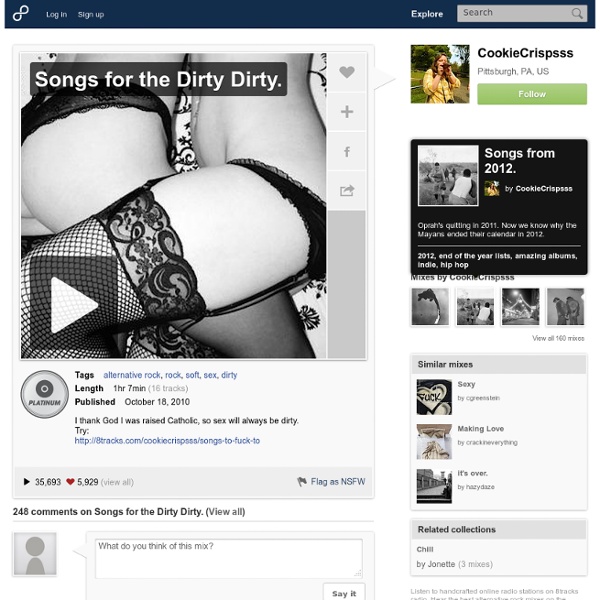 18 Struggles Of Having An Outgoing Personality But Actually Being Shy And Introverted This… this is my soul song, people. This is my Vietnam. 1. You’re not anti-social, you’re selectively social. 2. At any given point, you have one (maybe two) best friends who are your entire life. 12-june-2011-albums-worth-checking-out.html from pastemagazine.com There’s a lot of great music coming out this summer, and a few of the best albums will be from brand new artists. Here are five debuts you should be looking forward to. 1. Cults – CultsJune 7 Paste Best Of What’s Next duo Brian Oblivion (guitar, keys) and Madeline Follin (bass, drums, vocals) never really planned on making a living playing music, but after releasing their first single “Go Outside” last spring, they converted so many fans that Columbia Records is releasing their debut.

Facebook and Privacy: Fired for Beer Photos? - Education Your Facebook profile is probably full of things that can get you fired. Just ask 24-year-old Ashley Payne, a former English teacher at Apalachee High School in Winder, Georgia. Back in 2009, Payne's principal asked her to resign over a photo taken during a summer European vacation and posted on Facebook. Downhill Battle presents the Reasons Music diversity will grow. The major labels' business model requires them to have a steady stream of consistent products. The very nature of their operation produces homogenized music designed for specific radio formats and scientifically honed to hit-making models. Artists are signed and promoted based on the opinions of individual A&R executives, not the popularity of the music.

Free Oldies Music - One Hit Wonders 1955 to 1959 Your Help is Needed Please Contribute to Help UsKeep the Free Jukebox Online Your Help is Needed Please Contribute to Help UsKeep the Free Jukebox Online 1955 to 1959 13 Questions to Ask Before Getting Married When it comes to marriage, what you don’t know really can hurt you. Whether because of shyness, lack of interest or a desire to preserve romantic mystery, many couples do not ask each other the difficult questions that can help build the foundation for a stable marriage, according to relationship experts. In addition to wanting someone with whom they can raise children and build a secure life, those considering marriage now expect their spouses to be both best friend and confidant. These romantic-comedy expectations, in part thanks to Hollywood, can be difficult to live up to. Sure, there are plenty of questions couples can ask of each other early in the relationship to help ensure a good fit, but let’s face it: most don’t. “If you don’t deal with an issue before marriage, you deal with it while you’re married,” said Robert Scuka, the executive director of the National Institute of Relationship Enhancement.

solipsistic NATION No. 240: blueOrb : solipsistic NATION solipsistic NATION No. 240: blueOrb Posted by solipsisticnation on Saturday, May 21, 2011 · Leave a Comment Today on solipsistic NATION we’re going to bring in the Rapture with a mix put together for us by Praketh, who is also the host of the blueOrb podcast. Praketh has only released a handful of shows on blueOrb but when he does, well, they’re just breath taking! I first came across Praketh’s blueOrb podcast back in 2006 when he released his Down The Rabbit Hole (Electronic Chillout Mix). “Dead Drops” preview at Aram Bartholl I am pleased to preview ‘Dead Drops’ a new project which I started off as part of my ongoing EYEBEAM residency in NYC the last couple weeks. ‘Dead Drops’ is an anonymous, offline, peer to peer file-sharing network in public space. I am ‘injecting’ USB flash drives into walls, buildings and curbs accessable to anybody in public space. You are invited to go to these places (so far 5 in NYC) to drop or find files on a dead drop. Plug your laptop to a wall, house or pole to share your favorite files and data.