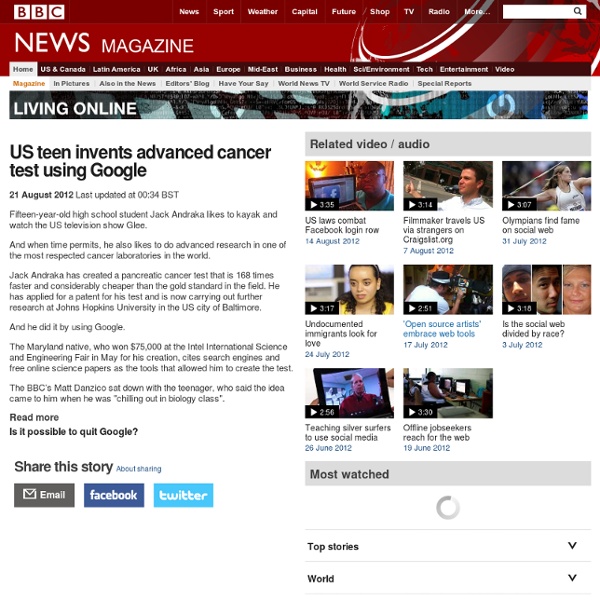 Chemotherapy 'encourages cancer' claim researchers - Health news Monday August 6 2012 Some chemotherapy drugs were damaging the DNA of healthy cells “Chemotherapy can actually boost the growth of cancer cells, making the disease harder to fight,” the Metro has gloomily reported. The newspaper's claim focuses on some research that could explain a frustrating problem in cancer treatment: the majority of advanced cancers, where the cancer has spread to multiple parts of the body (metastatic cancer), become resistant to chemotherapy treatment. This means that most metastatic cancers are incurable. This news is based on a study looking at cancer tissue and cells in the laboratory and in mice. This interesting research has identified a way in which cancer treatment resistance may be induced by the effects of the chemotherapy treatment itself on the cells surrounding the tumour. While this may sound like bad news, gaining a greater understanding of how this resistance may come about is very valuable. Where did the story come from? What kind of research was this?

A Urine Powered Generator : Maker Faire Africa Posted on Tuesday, November 6, 2012 · 168 Comments Possibly one of the more unexpected products at Maker Faire Africa this year in Lagos is a urine powered generator, created by four girls. The girls are Duro-Aina Adebola (14), Akindele Abiola (14), Faleke Oluwatoyin (14) and Bello Eniola (15). 1 Liter of urine gives you 6 hours of electricity. The system works like this: Urine is put into an electrolytic cell, which separates out the hydrogen. Along the whole way there are one-way valves for security, but let’s be honest that this is something of an explosive device… New technology can print 3D blood vessels in mere seconds Washington, September 14 (ANI): Nanoengineers at the University of California, San Diego have developed a novel technology that can fabricate, in mere seconds, microscale three dimensional (3D) structures out of soft, biocompatible hydrogels. Near term, the technology could lead to better systems for growing and studying cells, including stem cells, in the laboratory. Long-term, the goal is to be able to print biological tissues for regenerative medicine. For example, in the future, doctors may repair the damage caused by heart attack by replacing it with tissue that rolled off of a printer. The biofabrication technology, called dynamic optical projection stereolithography (DOPsL), was developed in the laboratory of NanoEngineering Professor Shaochen Chen. Current fabrication techniques, such as photolithography and micro-contact printing, are limited to generating simple geometries or 2D patterns.

ben's blog 55-year-old former model battles breast cancer with diet changes; refuses chemo and surgery (NaturalNews) The story of former model Jessica Richards' battle with cancer is a remarkable one, especially because it has defected from the use of conventional treatments like chemotherapy, radiation, or surgery. In her book The Topic of Cancer, Richards explains how following a strict metabolic diet and receiving high-dose intravenous injections of vitamin C has helped successfully reverse the progression of her breast cancer, to the shock of many conventional doctors. It is a story you will likely never hear from the mainstream media, at least not from the perspective of being taken seriously, and yet it is one that people desperately need to hear. After learning that she had an unusually large tumor in one of her breasts, Richards was told by her doctors that she would need to begin an aggressive treatment protocol that involved removing the breast, having it reconstructed, and undergoing an intense series of radiation and hormone treatments to keep it at bay.

15-Year-Old Develops Hollow Flashlight Powered by Body Heat From a sleeping bag that charges your gadgets to entire buildings warmed by body heat, scientists are harvesting the heat emitted by humans as a source of renewable energy. But the latest development in thermoelectric energy generation doesn’t come from a high-tech lab at MIT; it comes from Ann Makosinski, a 15-year-old Canadian girl who developed a flashlight that is powered by the heat from a human hand. With the aim of reducing the number of single-use batteries that are thrown in landfills, Makosinski developed the innovative flashlight, which can be developed cheaply and deployed to populations that can’t afford electricity to light their homes. To create the thermoelectric flashlight, Makosinski used Peltier tiles, which produce electricity when heated on one side and cooled on the other. Makosinski fashioned the flashlight out of an aluminum tube housed in a PVC tube with an opening to allow a person’s hand to come into contact with the Peltier tiles. + The Hollow Flashlight

Testicles Of Yogurt-Eating Mice Shown Bigger, And Researchers Credit Probiotics Last sum­mer a team of researchers from the Massa­chusetts Institute of Technology set out to better understand the effects of yogurt on obesity. They were following up on the results of a long-term study from the Harvard School of Public Health that had suggested yogurt, more than any other food, helped to prevent age-related weight gain. The M.I.T. team, led by cancer biologist Susan Erdman and evolutionary geneticist Eric Alm, wanted to replicate the work in mice. Their goal was to understand how a probiotic diet affects rates of obesity and its related compli­ca­tions, including cancer. First, the scientists noticed that the yogurt-eating mice were incredibly shiny. Then the researchers spotted some­thing particular about the males: they projected their testes outward, which endowed them with a certain “mouse swagger,” Erdman says. More important, that masculinity pays off. The findings could have implications for human fertility. Also on HuffPost:

The 20 most-watched TED Talks to date TEDTalks The 20 most-watched TEDTalks (so far) Today, on the fifth birthday of TEDTalks video, we’re releasing a new list of the 20 most-watched TEDTalks over the past five years — as watched on all the platforms we track: TED.com, YouTube, iTunes, embed and download, Hulu and more … What a great, mixed-up group this is! Playlist The 20 most popular TED Talks, as of December 2013 UPDATED: To see all these talks at one click, check out our updated Playlist: The 20 Most Popular Talks of All Time. Grandfather with 'incurable' cancer is given the all-clear after swapping red meat and dairy products for 10 fruit and veg a day Doctors told Allan Taylor, 78, in April that his cancer couldn't be treated and had spread from his colon to his small intestineIn August the retired oil rig engineer from Middlesbrough got another letter - to say he was cancer-freeHe puts the change down to his new diet, which he adopted after looking up 'colon cancer cures' on the internet By Rob Preece Published: 14:30 GMT, 16 September 2012 | Updated: 08:26 GMT, 17 September 2012 A grandfather, who was told by doctors that his cancer was 'incurable', has been given the all-clear less than four months later - after trying a different diet. Allan Taylor could have been forgiven for fearing the worst when doctors told him they could do nothing to treat his condition. But the 78-year-old would not give up, and instead searched the internet for an alternative method to fight his cancer. Given the all-clear: Allan Taylor, 78, beat cancer by changing his diet and taking herbal remedies

Science in Action Winner for 2013: Elif Bilgin | @ScientificAmerican Elif Bilgin, winner of the 2013 Science in Action award, a $50,000 prize sponsored by Scientific American as part of the Google Science Fair. Credit: Elif Bilgin “Genius,” Thomas Edison famously said, “is 1 percent inspiration and 99 percent perspiration.” He would have found a kindred spirit in Elif Bilgin, 16, of Istanbul, Turkey, winner of the 2013 $50,000 Science in Action award, part of the third annual Google Science Fair. The award honors a project that can make a practical difference by addressing an environmental, health or resources challenge; it should be innovative, easy to put into action and reproducible in other communities. Bilgin spent two years toiling away on her project to develop a bioplastic from discarded banana peels, enduring 10 failed trials of plastics that weren’t strong enough or that decayed rapidly. The ingredients to make Bilgin’s plastic are relatively benign. My colleague, Rachel Scheer, interviewed Bilgin. I would choose James D.

Chocolate Can Make You Thinner - Compounds in chocolate may alter metabolism, reducing the fraction of calories that turn to fat. - Go for dark chocolate with 60 to 70 percent cocoa. - Try to stop after just a bite or two. In a study that may seen like a dream come true, researchers have found that people who regularly eat chocolate tend to be thinner than people who don't eat chocolate at all. Scientists still do not, unfortunately, endorse snacking on enormous piles of candy bars or massive bowls of chocolate ice cream. PHOTOS: Art of Chocolate: A Short, Sweet History Eventually, the research may lead to obesity drugs that isolate chocolate's benefits in the pill form. "The presumption has always been that because chocolate is full of pesky calories and eaten as a sweet, that it would be associated with higher BMI," or body mass index, said Beatrice Golomb, an internal medicine doctor who studies oxidative stress and other topics at the University of California, San Diego. NEWS: Another Reason To Eat More Chocolate