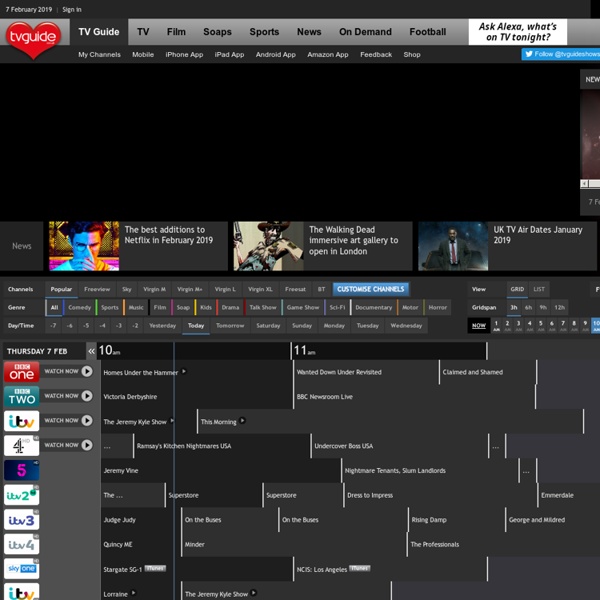 MyP2P.eu :: Free Live Sports on your PC, Live Football, MLB, NBA, NHL and more... 18 Best Movies On Netflix You Haven't Yet Seen As great as Netflix is, finding good movies you haven't yet seen can be a chore. You may have even started believing that you've already seen them all. Rest assured, there is very little chance you have. A Good Movie to Watch suggests movies you haven’t seen, but you should. To do this, we only recommend movies that have received at least a 7 rating on IMDb and a 70% Fresh score on Rotten Tomatoes. Below we count down our most favorite movies among those available to stream on Netflix Instant USA. Goon is funny, violent, and sweet as hell. Frances (Greta Gerwig) lives in New York – but not the glamorous NYC of Woody Allen movies. Remember the name Rufus Norris.

MyCast your digital media with Orb 2.0 remote pc access software Fall TV's Best Bets - TV Feature at IGN Man, oh man. Is it almost Fall already? But it was just Summer. Where does the time go? Oh, well. Fall TV means a veritable onslaught of new shows, most of which, like the delicate life cycle of a newborn sea turtle, will not survive. Want to know which new shows to watch? Terriers Starring: Donal Logue, Michael Raymond-James, Laura Allen, Rockmond Dunbar, Jamie Denbo Network: FX Airs: Wednesdays at 10 p.m. We'll kick things off with a smaller show. We know you guys have seen a lot of buddy procedurals, but Terriers is definitely a cut and a half above the rabble. Click the link to check out our report on FX's Terriers panel from the recent TCA press tour! Nikita Starring: Maggie Q, Shane West, Lyndsy Fonseca, Aaron Stanford, Xander Berkeley Network: The CW Airs: Thursdays at 9 p.m. The stunning Maggie Q alone (the "Q" stands for Quigley -- go figure!) More Nikita Info Click here for our impressions of the pilot episode screened at San Diego Comic-Con! More Lone Star Info

Related:
Related:  everything else