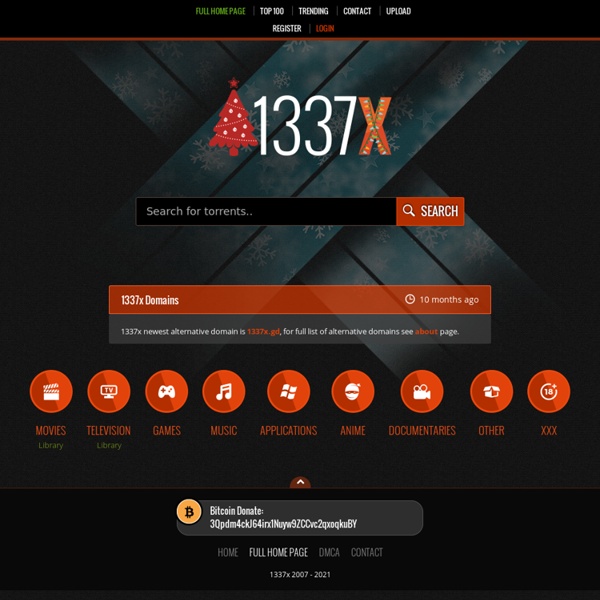 The Pirate Bay is immune to SOPA Over on Techdirt, Mike Masnick has pointed out the mother of all ironies: The Pirate Bay, one of the largest outlets of copyright infringement, would be immune to the takedown tendrils of the imminently incoming Stop Online Piracy Act (SOPA). Apparently it all comes down to the fact that The Pirate Bay has a .org domain — and according to Masnick, the current version of the SOPA bill working its way through congress excludes American domestic domains from being the target of takedown notices from copyright holders. In this case, a “domestic domain” is any domain that comes from a TLD run by an American registry — and sure enough, .org’s registry is Public Interest Registry, a US non-profit based in Virginia. In other words, thepiratebay.org isn’t eligible for a SOPA-based takedown, even if its servers are based in Sweden or another country outside the US.

Torrent Search Engine Login Login or register to get advantage of advanced controls on AIO Search.Login with your Facebook, Twitter, Google and Wordpress ... Categories Select a category to load the related search engines.Click Add to add your own category.Drag categories to arrange your categories menu. Engines Drag engines to personalize search engines arrangement. UnCheck or remove the engines you do not need Engines controls Check or uncheck all engines.Search Find ready to add search engines on our database and add them to list.My Sites Find search engines added by you.Add Add your favourite search engine by adding its URL. Start Searching Add your search keyword to start searching

The Pirate Bay The Pirate Bay (commonly abbreviated TPB) is a website that provides magnet links to facilitate peer-to-peer file sharing using the BitTorrent protocol. The Pirate Bay is the most-used File Sharing site on the World Wide Web. [2]It was founded in Sweden in 2003. In 2009, the website’s founders were found guilty in Sweden for facilitating illegal downloading of copyrighted material.