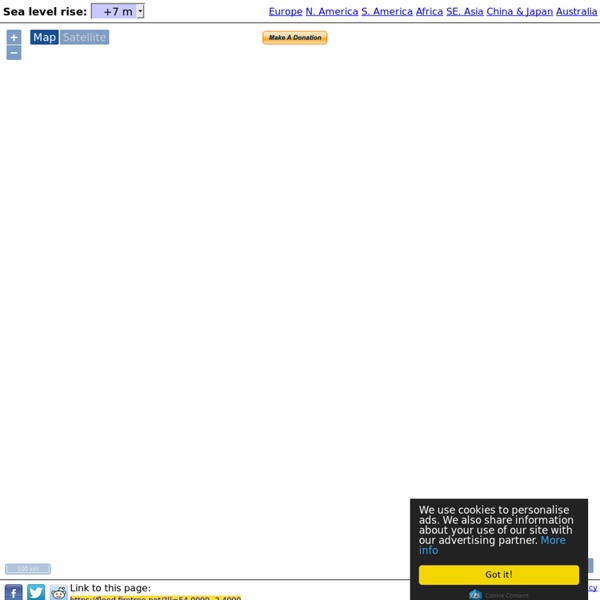 Short Answers to Hard Questions About Climate Change 3. Is there anything I can do about climate change? Fly less, drive less, waste less. You can reduce your own carbon footprint in lots of simple ways, and most of them will save you money. You can plug leaks in your home insulation to save power, install a smart thermostat, switch to more efficient light bulbs, turn off the lights in any room where you are not using them, drive fewer miles by consolidating trips or taking public transit, waste less food and eat less meat. Perhaps the biggest single thing individuals can do on their own is to take fewer airplane trips; just one or two fewer plane rides per year can save as much in emissions as all the other actions combined.

People say climate change is the '10-year challenge' that matters Social media feeds are currently filled with "10-year challenge" posts that juxtapose users' photos from 2009 and 2019. Environmental activists are using the trend to draw attention to how much Earth has changed in the last 10 years, posting side-by-side images of our planet's recent transformation. This year has started off with a slew of depressing news about climate change: Last year was the hottest year on record for the world's oceans (which are also warming up faster than we thought), and Antarctic ice is melting faster than it used to. The new year has delivered a one-two punch of bad news about the world's oceans.

Google Maps Launch Google MapsLaunch Maps in LUNA Browser The over 120 historical maps in the Google Maps have been selected by David Rumsey from his collection of more than 150,000 historical maps; in addition, there are a few maps from collections with which he collaborates. These maps can also be seen in the Gallery layer of Google Earth, Rumsey Historical Maps layer, and in the Google Earth viewers on this website. All the maps contain rich information about the past and represent a sampling of time periods (1680 to 1930), scales, and cartographic art, resulting in visual history stories that only old maps can tell. Each map has been georeferenced, thus creating unique digital map images that allow the old maps to appear in their correct places on the modern globe. The original historical maps are first made into digital images by scanning them with high resolution digital cameras.

Atlas for the End of the World Précis On May 20, 1570, Abraham Ortelius, book collector and engraver from Antwerp, published the Theatrum Orbis Terrarum (Epitome of the Theater of the World), the world's first atlas… Read more Essay: Atlas for the End? Climate change : How do we know ? › en español Earth's climate has changed throughout history. Just in the last 650,000 years there have been seven cycles of glacial advance and retreat, with the abrupt end of the last ice age about 11,700 years ago marking the beginning of the modern climate era — and of human civilization. Most of these climate changes are attributed to very small variations in Earth’s orbit that change the amount of solar energy our planet receives. Scientific evidence for warming of the climate system is unequivocal. The current warming trend is of particular significance because most of it is extremely likely (greater than 95% probability) to be the result of human activity since the mid-20th century and proceeding at a rate that is unprecedented over decades to millennia.1

Sea Level Rise! - CounterPunch.org Photograph Source: BrendelSignature – CC BY 3.0 Sea level has been stable, at current levels, throughout recorded history for 5,000 years. That’s about to change. Map Maker Google Map Maker officially closed on March 31, 2017, and many of its features are being integrated into Google Maps. Since 2008, the Google Map Maker community has edited and moderated millions of features to improve the Google Maps experience. To make it easier for all Google Maps users to contribute changes to the map, we’ve started to graduate functionality from Map Maker to Google Maps on both desktop and mobile. Key editing features currently available in Google Maps include: We’ll continue to add new editing features within Google Maps on an ongoing basis. Global warming and climate change effects: information and facts The signs of global warming are everywhere, and are more complex than just climbing temperatures. Video Player is loading. Current Time 0:00

'Abrupt thaw' of permafrost beneath lakes could significantly affect climate change models Methane released by thawing permafrost from some Arctic lakes could significantly accelerate climate change, according to a new University of Alaska Fairbanks-led study. The study, which was published Aug. 15 in the journal Nature Communications, focuses on the carbon released by thawing permafrost beneath thermokarst lakes. Such lakes develop when warming soil melts ground ice, causing the surface to collapse and form pools of water. Those pools accelerate permafrost thaw beneath the expanding lakes, providing food for microbes that produce the greenhouse gases carbon dioxide and methane. Lead author Katey Walter Anthony and her colleagues studied hundreds of thermokarst lakes in Alaska and Siberia during a 12-year period, measuring their growth and how much methane was bubbling to their surface. The effort, conducted by a team of U.S. and German researchers, is part of a 10-year NASA-funded project to better understand climate change effects on the Arctic.

Collections - Old Maps Online: Project Below are brief descriptions of the online digital map collections searchable and accessible through the OldMapsOnline portal. Nearly all the institutions providing online map collections have a much larger paper map collection available at their respective institutions, but the OldMapsOnline portal will only search and provide direct linkage to the online maps. During the JISC funded project we added collections from around the world. Causes of climate change Humans are increasingly influencing the climate and the earth's temperature by burning fossil fuels, cutting down rainforests and farming livestock. This adds enormous amounts of greenhouse gases to those naturally occurring in the atmosphere, increasing the greenhouse effect and global warming. Greenhouse gases Some gases in the Earth's atmosphere act a bit like the glass in a greenhouse, trapping the sun's heat and stopping it from leaking back into space. Many of these gases occur naturally, but human activity is increasing the concentrations of some of them in the atmosphere, in particular: carbon dioxide (CO2)methanenitrous oxidefluorinated gases