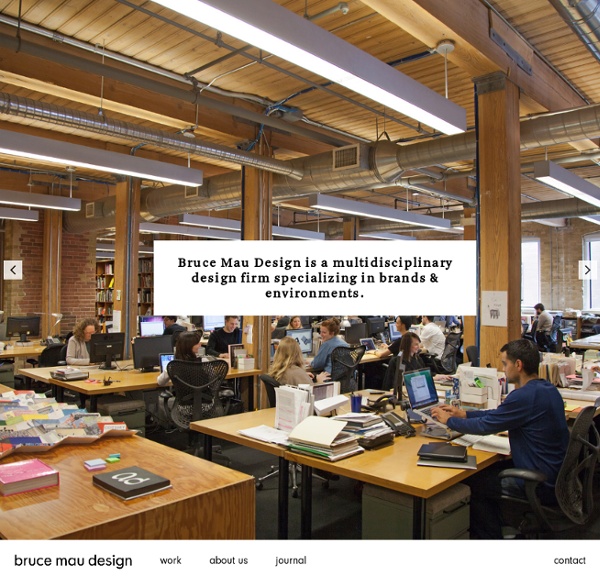 A 3-D Printed House? Well, this may well be the coolest video you see today. It’s a TEDx talk from a fellow named Behrokh Khoshnevis, who is a professor of engineering at USC, where he directs something called the Center for Rapid Automated Fabrication Technologies. CRAFT has stated as its grand challenge “building a custom-designed house in a day while drastically reducing the costs, injuries, waste and environmental impact associated with traditional construction techniques.” The applications of such rapid-fire housing are endless: affordable housing for the poor; “extraterrestrial buildings constructed from in situ materials”; emergency FEMA-style housing, and the like. Top Places to Find Quality Illustrator Tutorials Online This post was originally published in 2009 The tips and techniques explained may be outdated. Finding Illustrator tutorials online can be a mission, but luckily there’s a handyful of websites and blogs offering top class Illustrator tutorials, tips and techniques. This post rounds up the best places online to find high quality tutorials and articles to help you learn Illustrator like a pro. Vectips Vectips is the blog of master Illustrator Ryan Putnam (aka Rype). Ryan regularly posts top class Illustrator tutorials covering handy tips through to complete icon design tutorials.

Jacques Derrida Jacques Derrida (/ʒɑːk ˈdɛrɨdə/; French: [ʒak dɛʁida]; born Jackie Élie Derrida;[1] July 15, 1930 – October 9, 2004) was a French philosopher, born in French Algeria. Derrida is best known for developing a form of semiotic analysis known as deconstruction. He is one of the major figures associated with post-structuralism and postmodern philosophy.[3][4][5] Copy, Adapt, Reproduce (AKA solving problems without creativity) « Mindflip Evolution has allowed life to adapt and survive in the harshest of environments. The copy, paste, randomly change model allows for life to continue evolve and succeed in incredibly hostile conditions. Survival of the Best Adapted. Yet with our own culture, rather than emulate the success of this model, we have pursued the God Model. A hierarchical system of control that could only possibly work if you were omnipotent and omniscient. Traits that no man or organisation can possibly possess – despite our best efforts.

Rule of Life - The Spirit of Life If you find life offers too many daily struggles, without much focus or feeling of accomplishment, a Rule (sometimes known as a ‘Rhythm’) of Life, or a ‘Pathway’, could help you put things in perspective. A Rule can be anything: it can be adopted from a particular religious order (Franciscans, Northumbria Community) or it can be one you have constructed yourself, possibly with the help of a Spiritual Companion. Central to a Rule, or Pathway, is the understanding that it is there to help our everyday lives. Like a trellis helps a vine or rose to grow, a Rule is there simply to offer the strength and support we may find we need in our lives to help us grow as individuals. Help like giving ourselves time for a break!

Sharon Astyk adapts in place: an exposé This is a guest post by writer Mynda Ubis-Ness, a lead reporter from the Canadian Environmental Magazine “Salacious Green.” Mynda writes “I asked Astyk for an interview about her newly released (on store shelves today) book, but it became very clear shortly after I arrived at her farm that there was a much bigger story here - she’s not really what dozens of readers have come to believe she is. The public has a right to know how she’s misleading us!” Contacted to defend herself against these allegations, Astyk replied, “Ummm….”

John Dewey John Dewey (/ˈduːi/; FAA October 20, 1859 – June 1, 1952) was an American philosopher, psychologist, and educational reformer whose ideas have been influential in education and social reform. Dewey is one of the primary figures associated with philosophy of pragmatism and is considered one of the founders of functional psychology. A well-known public intellectual, he was also a major voice of progressive education and liberalism.[2][3] Although Dewey is known best for his publications concerning education, he also wrote about many other topics, including epistemology, metaphysics, aesthetics, art, logic, social theory, and ethics. Known for his advocacy of democracy, Dewey considered two fundamental elements—schools and civil society—as being major topics needing attention and reconstruction to encourage experimental intelligence and plurality.

What True Love Has To Do With Great Innovation If there’s one thing we know about great innovations, it’s that they always break from the status quo. The best creative thinking occurs outside of the usual systems at work. The problem is, most of us live and work inside the system. So you have to purposely jam the controls. Create blips in the patterns. Get out of your comfort zone. The Rule - briefly ‘The Rule we embrace and keep will be that of AVAILABILITY and VULNERABILITY.’ We are called to be AVAILABLE to God and to others: Firstly to be available to God in the cell of our own heart when we can be turned towards Him, and seek His face; then to be available to others in a call to exercise hospitality, recognising that in welcoming others we honour and welcome the Christ Himself; then to be available to others through participation in His care and concern for them, by praying and interceding for their situations in the power of the Holy Spirit; then to be available for participation in mission of various kinds according to the calling and initiatives of the Spirit. We are called to intentional, deliberate VULNERABILITY:

David Bergman: EcoOptimism Thanksgiving, the celebration of bounty, seemed a completely appropriate time to contemplate the corollary concept of enough. Hence one of my tasks for the weekend (why do I always think a day or two off, or even a long plane flight, will give me the time to catch up on everything?) was to read the advance copy of Enough Is Enough sent me by co-author Rob Dietz.