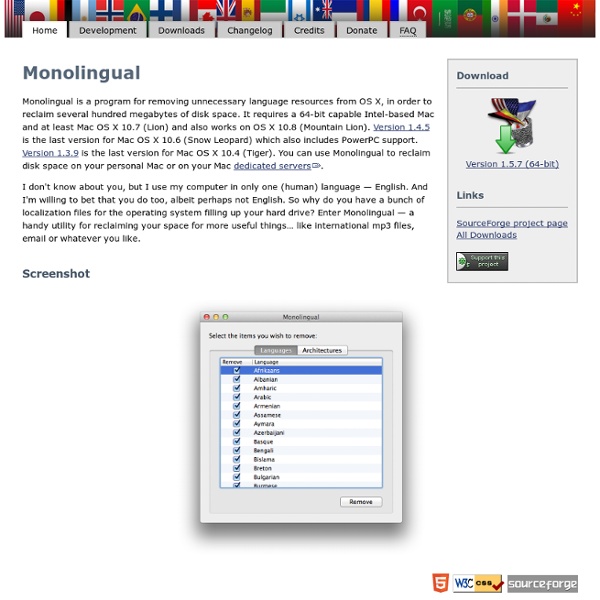 Satellite Eyes How To Create a USB/Firewire Bootable OSX Leopard / Lion USB / Firewire Bootable External Drive Creating a Bootable Firewire or USB Flash or USB External HDD, and it can save one your life one day: Don't wait for the day you crash to enter panic mode or cry misery. If the steps are too techie, or if you don't feel like playing around, or do not want the hassle, We can do it for you: Look at the bottom of the page to order a pre-configured, up and running, guaranteed to work, External Bootable OS (USB Stick, HDD, USB or FireWire) The Example below are for OS X Leopard, Snow Leopard and Lion (10.5 10.6 & 10.7) In order to create a bootable OS X you'll need: The Install Disc or the OS downloaded from the App Store A USB Stick, with at least 8GB Or An External Hard Drive, either USB or FireWire. Note: a slow USB Stick will impair the performances! has a read/write speed that leaves the competition in the dust, and is rugged, Shockproof, Waterproof. and has a 10yrs warranty. 2 TB HDD USB 2.0 + 2 FireWire 800 port, Mac Edition Ready ? Warning!

Echo One - Software for Mac OS X Raging Menace - MenuMeters Introduction MenuMeters is a set of CPU, memory, disk, and network monitoring tools for Mac OS X. Although there are numerous other programs which do the same thing, none had quite the feature set I was looking for. The MenuMeters monitors are true SystemUIServer plugins (also known as Menu Extras). The CPU Meter can display system load both as a total percentage, or broken out as user and system time. MenuMeters comes without warranty or support. Screenshots License MenuMeters is released under the GNU General Public License (GPL). See the "GNU General Public License.rtf" file for full license terms. Donations Although distributed as open-source freeware, a great deal of effort has gone into the creation and maintenance of MenuMeters. System Requirements Mac OS X 10.4 or later (10.8 supported) PowerPC or Intel based Macintosh (Universal Binary) Download

Mac Gems: Byte breakdown One of the questions I’m frequently asked as a Mac writer—and a question we see quite often in the Macworld forums —is, “My hard drive is getting full; how can I see which files are taking up all that space?” It’s an understandable question: Your hard drive started out with 50GB or so of free space, but now it’s down to 10GB and you have no clue as to why. (OK, so you’ve installed a few sizable software packages, and then there are all those MP3 files you ripped from your CDs and media you purchased from iTunes, and...) Although you could manually browse your drive, using the Finder’s “Calculate all sizes” view option, to see which folders are taking up the most space, then delve down into the biggest ones to search for large files and folders hidden inside, and so on, an easier approach is to use a utility that shows how your hard drive space is being used. WhatSize One of my favorite such utilities is ID-Design’s free WhatSize 10.3.9 ( ). But my favorite option is Table View.

MeshLab Preparing a Snow Leopard USB Installer This post was published 3 years, 3 months ago. Due to the rapidly evolving world of technology, some concepts may no longer be applicable. It’s holiday time, and as such, the geek within is restless. The next few posts will chronicle the necessary steps to complete a triple boot (Windows 7, Ubuntu 10.10, OS X 10.6.5) setup on a (non-Mac) notebook. Background: For the above mentioned setup, a modification is required to the Snow Leopard installer so that it will accept an MBR (master boot record) type destination disk, instead of only a GPT (GUID partition table) type destination disk. As a side note, there are two ways that can be used to install Windows on a GPT disk: It is possible to install an implementation of EFI (e.g. Most Windows tools are unable to work with a DMG file, and from my experience, those that can, have difficulty with the OS X installer. Overview: The best way to get the contents of a DMG image onto a USB drive is by using Mac’s Disk Utility. Prerequisites: Hardware: