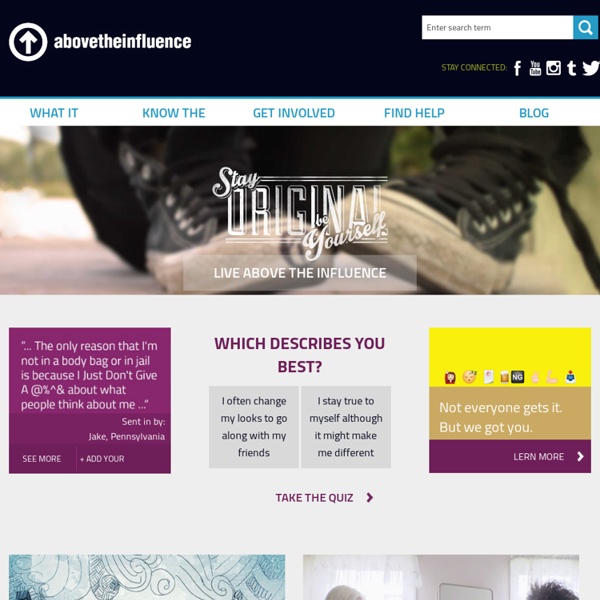 I'm Not Crazy, But I Did Just Live by Candlelight for 2 Weeks in the Name of Good Health I was so excited about the idea of living without artificial light. Ever since I read this illuminating article on the science of sleep, going to bed at sunset and rising with the sun had turned into a health goal I wanted to try out—when I had the time and motivation. Like the Paleo diet, or going gluten free.

Revere CARES The Revere CARES Coalition strengthens the health of Revere by: Addressing priorities established by community members; utilizing an environmental approach; advocating for evidence-based, culturally competent strategies, programs and services; and increasing connectedness among individuals and organizations. Revere CARES is an award-winning coalition with 350 members from across the community dedicated to preventing alcohol and drug abuse among Revere youth. Coalition members represent a variety of sectors, including parents, youth, government officials, educators, health professionals, first responders and law enforcement.

Want to Know More? Some FAQs about Marijuana What is marijuana? Are there different kinds? Marijuana Fact: Most teens do not use marijuana. Marijuana is a green, brown, or gray mixture of dried, shredded leaves, stems, seeds, and flowers of the hemp, or Cannabis sativa, plant. It goes by many different names—pot, herb, weed, grass—and stronger forms include sinsemilla (sin-seh-me-yah), hashish (hash for short), and hash oil.

Creators - Dedicated to inspiring designers, inventors & the creative spirit in all of us. August 22, 2013 Artist’s Work Paints a Beautiful Picture Animations Tyrus Wong, a 102-year-old artist’s work influenced the visual direction of Bambi in 1941. An exhibition at the Walt Disney Family Museum in San Francisco will be held to celebrate Wong’s work. This is your brain on ecstasy An MDMA Neurochemistry Slideshow © Copyright 1998-2014, Emanuel Sferios This slide show will explain the effects of MDMA on your brain. The effects of a normal dose of MDMA last from four to six hours.

The Random Events That Sparked 8 Of The World's Biggest Startups Light-bulb moments don’t happen on command, and brainstorming sessions rarely produce extraordinary results. More often it’s a random remark, event, or memory that sends an entrepreneur down the rabbit hole of innovation. From Airbnb to Yelp, here are the surprising origin stories to eight of today’s hottest companies: 1.

Northern Berkshire Community Coalition nb21 Strategy Work Group: Our nb21 work group invites participation from representatives in all towns across north Berkshire to implement strategy to prevent underage drinking and marijuana use. Through media based strategies, and collaborations with parents, schools, pediatricians, and youth workers the entire community can work to reduce substance use by youth. Stop! Some Things to Think About People smoke marijuana for a lot of different reasons: to feel good, to feel better, to feel different, or to fit in. Whatever the reason, drug use has consequences. Addiction: Trick Photography and Special Effects by Evan Sharboneau Believe it or not, you don't have to own super expensive equipment or be some kind of camera wiz to take high quality camera shots like these… … but all those hotdog pro photographers out there will NEVER reveal their secrets to you… … so I'm about to do it for you. Don't take my word for that though - here's what just one person had to say: If you've ever wanted to: Take breathtaking special effects shots with just your regular camera…Finally know how to create "light painting" images that are simply out of this world…Improve your "regular" photography skills and take better photos immediately…

DrugReporter: The Top 10 Things I Know About Drugs June 1, 2006 | Like this article? Join our email list: Stay up to date with the latest headlines via email. I know a lot about drugs and the drug war, both personally and professionally. Does Unconditional Basic Income Create A More Productive Society? Some Dutch Cities Are About To Find Out! Kids News Article In June, the City Council of Utrecht in The Netherlands announced that starting January 2016, a few lucky residents will receive a monthly stipend to cover their basic needs with no strings attached. That means that the recipients will have to do nothing in return and can spend the rest of their days lounging by a pool if they so wish. Of course, the officials who are working on this social experiment with researchers from the University of Utrecht, hope that will not be the case. Instead, they believe a guaranteed basic income will motivate residents more than the current welfare program that is conditional on them seeking a job. While that may seem strange, proponents believe that when people do not have to worry about paying for basic needs they are motivated to seek out other opportunities. This could range from going back to school, to achieving a better work-life balance with flexible hours or even, giving back to society by volunteering.