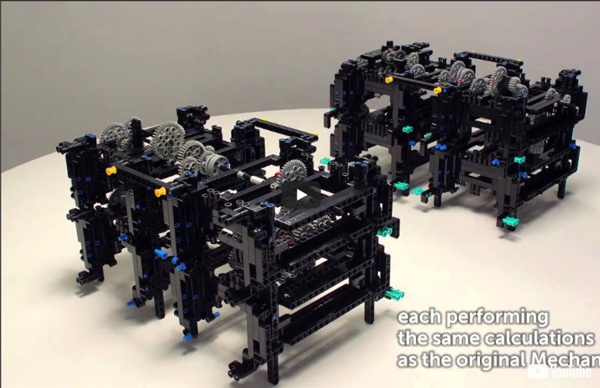 Lead-Gen Startup Integrate Nabs $4.25M Series A from Foundry Group Integrate, a startup with a performance-based marketing platform that includes lead exchange and SEM (search engine marketing), has just closed a Series A round of funding from Foundry Group. The funding, which comes to $4.25 million, is a no-brainer for the Foundry Group, an early-stage VC firm based in Boulder, CO. “Foundry Group believes there is a large need and desire for performance-based marketing," said Foundry Group managing partner Seth Levine. "We think there is a huge swing to performance marketing, and Integrate provides the technology needed to make it succeed." Integrate’s platform is all about performance and transparency; its customers only pay for qualified leads and conversions — that could mean a sale or a phone call, depending on the type of campaign. Advertisers and publishers work together and communicate through Integrate's platform, where each party can review important information about the other party's business. Image courtesy of Flickr, daviddmuir.

Sistema solar 2 "The Onion's" Fake Sports Site Launches on Comedy Central Satirical mastermind and cultural lampooner, The Onion, has just launched a brand new website for SportsDome, its funny/fake sports web show. The site is a collaboration with Comedy Central, which will be turning the web show into a television show in January. Anyone familiar with the SportsDome's current website won't feel too out of place at the new site. The site features clips from the show, clips from The Onion's video vault, extended interviews, a "photo finish" picture section and additional resources much like the websites for The Daily Show or The Colbert Report. What distinguishes the SportsDome site from its new cohort is how the website functions as an extension of the show. It will also function as a stripped down sports blog, previewing and teasing sections that may appear on the show or offering coverage on breaking sports news throughout the week. The SportsDome site still has some kinks to iron out.

Djambi - Ajedrez de Machiavelli Djambi (also described as "Machiavelli's chessboard") is a board game and a chess variant for four players, invented by Jean Anesto in 1975. Board of Djambi, with the pieces in their start position. Each piece is identified by the first letter of its name as well as a symbol. Rules[edit] Material[edit] The game is played on a 9×9 board whose central square (called "the maze") is marked with a different color or a sign. 1 Chief1 Assassin1 Reporter1 Troublemaker (also called Provocateur, or Diplomat)1 Necromobile4 Militants. Objective[edit] The objective of the game is to capture the chiefs of the other players before they capture yours. Start position[edit] The pieces are placed in each corner of the board as shown in the picture above. Movements[edit] Each player, at his/her turn, moves one of his/her pieces, and can possibly capture a piece in this way. Captures[edit] The troublemaker and the necromobile cannot kill the other pieces but can move them. Death and surrounding of a chief[edit]

Hands-on: CNN’s Stunning New iPad App [PICS] CNN's highly visual new iPad app hit the App Store on Tuesday morning, bringing many of the media company's best-known products — including all of its articles and videos from CNN.com, as well as live breaking news video coverage and hourly radio updates — to the iPad for free. Unlike the iPad apps of most other publications, CNN's app [iTunes link] replicates neither the format of its website nor a newspaper layout. Instead, users are drawn to headlines laid upon enlarged thumbnails to explore different kinds of content — sports is juxtaposed against tech, which is sandwiched between stories on finance and government policy — although they also have the option to browse by section and headline in a text-only format as well. "We've really worked to make this thing feel like it was meant for the iPad," said KC Estenson, SVP and general manager of CNN.com. The app is also more social than any of those released by other major media properties.

Paradoxes This is a list of paradoxes, grouped thematically. The grouping is approximate, as paradoxes may fit into more than one category. Because of varying definitions of the term paradox, some of the following are not considered to be paradoxes by everyone. This list collects only scenarios that have been called a paradox by at least one source and have their own article. Although considered paradoxes, some of these are based on fallacious reasoning, or incomplete/faulty analysis. Informally, the term is often used to describe a counter-intuitive result. Logic[edit] Self-reference[edit] These paradoxes have in common a contradiction arising from self-reference. Barber paradox: A barber (who is a man) shaves all and only those men who do not shave themselves. Vagueness[edit] Ship of Theseus (a.k.a. Mathematics[edit] Statistics[edit] Probability[edit] Infinity and infinitesimals[edit] Geometry and topology[edit]

4 Top Employers for Social Media Professionals As an increasingly important and growing industry, it naturally follows that social media is a growing career field as clued-in companies look to the social space to better communicate with their colleagues, customers and clients. We've taken a look at some of the top companies that are great for social media-savvy professionals. Here are our top four picks, complete with insightful Q&As from key staff within the organizations. Whether you're interested in social media as a career choice, or you'd like to know how you can offer a similar environment for digital natives to prosper in your company, read on. 1. After a company-wide audit in 2009, Adobe established a dedicated social media team, adopting a "hub and spoke model," or Center of Excellence (CoE). Adobe's corporate social media team is made up of four members. Adobe clearly has a sound social media structure in place throughout its global operations. How does Adobe encourage you to innovate with social media? 2. 4.

Método de Aprendizaje This is a guest post by Glen Allsopp of PluginID. Have you ever read an informative book, only to later remember just a few main points — if anything at all? The problem might be that you’re using one of the least efficient ways of learning available. The Cone of Learning I remember back about 7 years ago when I was taking music lessons at school, there was a poster on the wall that really grabbed my attention. Image Credit After doing some research, I found that the contents of that poster were based upon the work of Edgar Dale back in 1969. Today, many of you may know this as the Cone of Learning, but beware: although the cone is in fact based upon the results of Dale’s research, the percentage figures were never actually cited by Dale, and added by others after the initial investigation. Based on the research we can see that: The Cone of Learning suggests why you are more likely to remember parts of a movie than you are from a book on the same topic. Learning Almost Anything