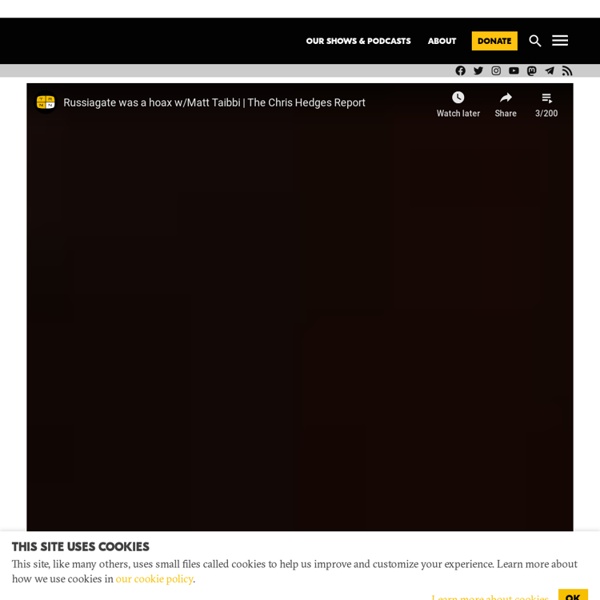 About Us About Us Ken Brown & Sons, Inc. opened in April of 1985 with the mind set of being the best plumbing supply company in the New Orleans Metro area. We've achieved our goal and are now proudly serving many of the best plumbers this city has to offer. Our customers look to us for quality products and incredible service. We feel we deliver on these expectations every time someone walks through our front door or calls us on the telephone. We are your "One-Stop, Plumbing-Shop". NBC Affiliate KMIR Reports on Chemtrails/Geoengineering KMIR, the NBC affiliate in Palm Springs, CA has recently aired a segment on chemtrails/geoengineering. I picked up the coverage at the kaua’i sky blog. Here is a great opportunity for some Quantum Activism.

Transatlantic Trade and Investment Partnership This article is about the regulation and trade agreement. For the chemical compound abbreviated as TTIP, see Titanium isopropoxide. The Transatlantic Trade and Investment Partnership (TTIP) is a proposed free trade agreement between the European Union and the United States, with the aim of promoting multilateral economic growth.[1] The American government considers the TTIP a companion agreement to the Trans-Pacific Partnership (TPP).[2] After a proposed draft was leaked in March 2014,[3] the European Commission launched a public consultation on a limited set of clauses and in January 2015 published parts of an overview.[4] If an agreement is to be made, it is not expected to be finalized before 2016.[5] European Citizens' Initiative against TTIP and CETA, named "Stop TTIP", has been established, acquiring over 3.2 million signatures within a year.[6][7]

Despite its efforts, even Whole Foods cannot keep GMOs out of the products it sells (correction) (NaturalNews) Genetically modified foods have become so ubiquitous in the US that even the grocery store 'Whole Foods' now admits it cannot keep biotech foods off its shelves. A representative for the corporation acknowledged in May of 2011 that the realities of the marketplace have forced a shift in the company's previous no-GMO's policy. (Correction note: The original title of this article has been altered to better reflect the accuracy of this story. As a clarification, Whole Foods does take steps to avoid GMO ingredients, but due to the massive use of genetically engineered ingredients in the food supply, it is currently impossible to avoid GMOs in conventional or "natural" products. As a result, many food products sold at Whole Foods do, in fact, contain genetically engineered ingredients, even when Whole Foods would prefer they didn't.) Sources for this article include:

Category:Architectural elements Architectural elements are the unique details and component parts that, together, form the architectural style of houses, buildings and structures. Media related to Architectural elements (category) at Wikimedia Commons This terminology does not include: refer to: Category:Buildings and structures and List of building types Names for parts of buildings defined by their function (e.g. kitchen, nave) Fukushima already ten times worse than Chernobyl in ocean waters, suggests data (NaturalNews) Recent readings taken roughly 19 miles out to sea from the Fukushima nuclear power facility in Japan have revealed radioisotope levels ten times higher than those measured in the Baltic and Black Seas after the massive Chernobyl disaster. Because Fukushima is much closer to water than the Chernobyl plant is, the ongoing fallout there is shaping up to be far worse than Chernobyl, at least as far as the world's oceans are concerned, and time will tell just how devastating this massive disaster will be on the entire world as radiation continues to circulate around the globe. "Given that the Fukushima nuclear power plant is on the ocean, and with leaks and runoff directly to the ocean, the impacts on the ocean will exceed those of Chernobyl, which was hundreds of miles from any sea," said Ken Buessler, Senior Scientist in Marine Chemistry at the Woods Hole Oceanographic Institution in Massachusetts, several months back. Sources for this story include:

Phillip H. Duran / Eaglehouse Publications "Eight Indigenous Prophecies" Phillip H. Duran Why did American Indian tribes survive the Indian wars and genocide, the unacknowledged American holocaust? Japan not hit by 9.0 quake? False flag nuclear weaponry actually destroyed Fukushima, claims report (NaturalNews) What if the alleged 9.0+ magnitude mega earthquake that was said to have hit off the coast of Japan back on March 11 never actually happened, and the resultant tsunami that destroyed the Fukushima Daiichi nuclear plant was actually a deliberate, false flag attack using nuclear weapons? Freelance journalist Jim Stone offers compelling evidence that the official story we have all been told concerning the disaster is a phony coverup for a concerted attack against Japan, possibly for offering to enrich uranium for Iran.Consider first the massive impact of an actual 9.0 magnitude earthquake, which would have been about 100 times more powerful than the 6.8 magnitude Great Hanshin earthquake of 1995 that destroyed much of the city of Kobe, located about 12.5 miles from the epicenter, and that killed more than 6,400 people. Truth be told, the only areas that suffered any significant damage at all were areas hit by the tsunami, which included the Fukushima nuclear plant.

How to Build a Desktop Computer - All The first step to building a computer is getting the right parts.Although there is an almost innumerable amount of parts to choose from, they all fall into basic categories. The essential components of every computer are the following: Case/Chassis - This is the box that most people associate computers with. Although it holds every component inside, it is effectively useless on its own. Power Supply – This powers the computer by taking power from your wall and regulating it to the motherboard, and on to the rest of your computer.Motherboard – This is the centerpiece of your computer. Every other component connects to the motherboard..

URGENT: Congress Wants To Make Streaming A Felony Tell Congress to oppose S. 978, the new "Ten Strikes" bill We were amazed to see hundreds of user-generated videos about S.978 pop up on YouTube after an action alert we sent out a few weeks ago. Our wonderful crew of summer interns used those videos to make this mash-up, which explains why this bill -- which would make it a felony to stream certain copyrighted content -- is such bad news. Please check out the video, use the form at right to email your lawmakers if you haven't had a chance to yet, and ask your friends to join the fight too: Just sign on at right and we'll send an email to your lawmakers.

Greywater - Wikipedia Left: a bottle of greywater from an office building before treatment. Right: greywater following membrane bioreactor treatment Greywater (also spelled graywater, or grey water/gray water) or sullage is all wastewater generated in households or office buildings from streams without fecal contamination, i.e. all streams except for the wastewater from toilets. Sources of greywater include, e.g. sinks, showers, baths, clothes washing machines or dish washers. As greywater contains fewer pathogens than domestic wastewater, it is generally safer to handle and easier to treat and reuse onsite for toilet flushing, landscape or crop irrigation, and other non-potable uses.

Lawmakers to sue Obama administration over Libya mission Congressmen challenge Obama on Libya NEW: Report says Obama does not risk violating the War Powers ActNEW: Boehner spokesman says Obama's "creative arguments" raise a number of questionsKucinich to the Obama administration: "Tell it to the judge"U.S. officials say the limited U.S. role in Libya falls short of the law's scope Washington (CNN) -- The White House defended to Congress on Wednesday the legality, the costs and accomplishments of the U.S. military mission in Libya. In a 32-page report titled "United States Activities in Libya," the administration says the cost of military and humanitarian operations through June 3 was about $800 million. It estimates the total cost through September 30 will be $1.1 billion.

Green wall - Wikipedia For the professional gaming team nicknamed "The Green Wall", see OpTic Gaming. For the project against the natural expansion of the Gobi Desert, see Green Wall of China. A green wall is a wall partially or completely covered with greenery that includes a growing medium, such as soil. Most green walls also feature an integrated water delivery system. Green walls are also known as living walls or vertical gardens.These give insulation to keep the house/building warm.

VIDEO: Minister Farrakhan: 'That's a Murderer in the White House' Minister Louis Farrakhan (Getty Images) A YouTube video of Minister Louis Farrakhan taking President Obama to task over the war in Afghanistan and the bombing of Libya is making its way around the Web. In the video, Farrakhan admonishes the president for turning into someone else. Farrakhan says, "We voted for our brother Barack, a beautiful human being with a sweet heart, and now he's an assassin. They turned him into them."