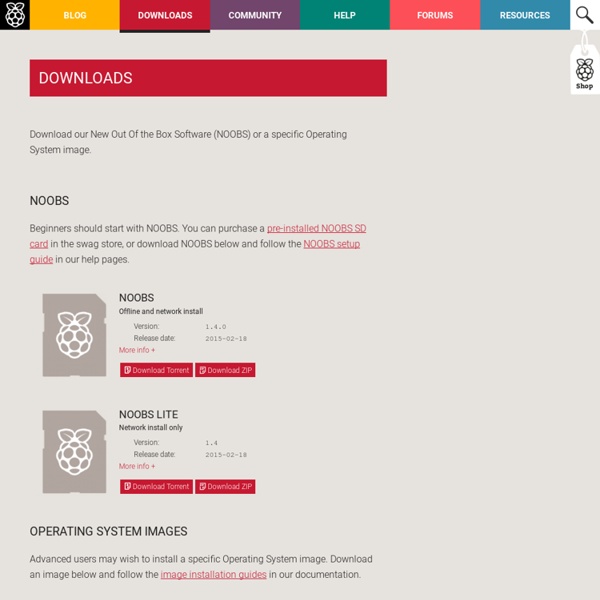 Omxplayer Omxplayer is a video player specifically made for the Raspberry Pi's GPU made by Edgar (gimli) Hucek from the XBMC/Kodi project. It relies on the OpenMAX hardware acceleration API, which is the Broadcom's VideoCore officially supported API for GPU video/audio processing. Raspberry Pi forum user spenning made precompiled binaries available on the forum. See here. OS & Co Back to the Hub. Software & Distributions: Software - an overview. Quick start guide What you will need Required SD CardWe recommend an 8GB class 4 SD card – ideally preinstalled with NOOBS. Heavy duty portable charger for usb devices (phones, iPad, etc.) Ever needed to charge your phone on the go? Can't find a wall socket to charge your iPod? Whenever I'm away from home for an extended period of time, I would charge my phone and mp3 player from my laptop. This way, I get about 3 or 4 full charges out of the laptop battery and I could leave the phone and mp3 player chargers at home. But carrying around a laptop just to charge a phone and mp3 player seemed a little excessive.

RPi Easy SD Card Setup Back to the Hub Getting Started: Buying Guide - for advice on buying the Raspberry Pi. SD Card Setup - for information on how to prepare the SD Card used to boot your Raspberry Pi. Basic Setup - for help with buying / selecting other hardware and setting it up. SD Formatter 4.0 for Windows Download You ("Licensee") are granted a license for the Software defined in this End User License Agreement ("Agreement") on condition that you agree to the terms and conditions of this Agreement. If Licensee does not agree to the terms and conditions of this Agreement, promptly return the Software to SD Card Association (SDA). Article 1 License Licensee is granted the right to use the software, including the information provided from this downloading site, users manuals, and any other media provided to Licensee (collectively "Software"), but all applicable rights to patents, copyrights, trademarks and trade secrets in the Software are not transferred to Licensee.

OpenStack on RPi (Part 1) Recently I’ve embarked down a course to get OpenStack up and running on the Raspberry Pi. Before we get too deep into the particulars, let’s talk about why such a thing should be done. What could one gain by running OpenStack on the Pi? Who would use it? and more. For me, there are a few reasons: [TUTO] Install and SetUp minidlna media server Hi All,My name is Georges. 24. a French guy interested in RasPi I have seen several tutorials about minidlna server but, there was always something missing, so I want to share with you. The idea is to use the RasPi as a multimedia server (in my case, for my PS3). Hardware/Network configuration :RasPi (I an under raspian, I use 2012-08-16-wheezy-raspbian)External HD, or USB device, where media files are stored. Plug it to RasPi (USB)PS3 (or any mediacenter to discover to RasPi media files)(PC, ) RasPi and PS3 under to same sub-network