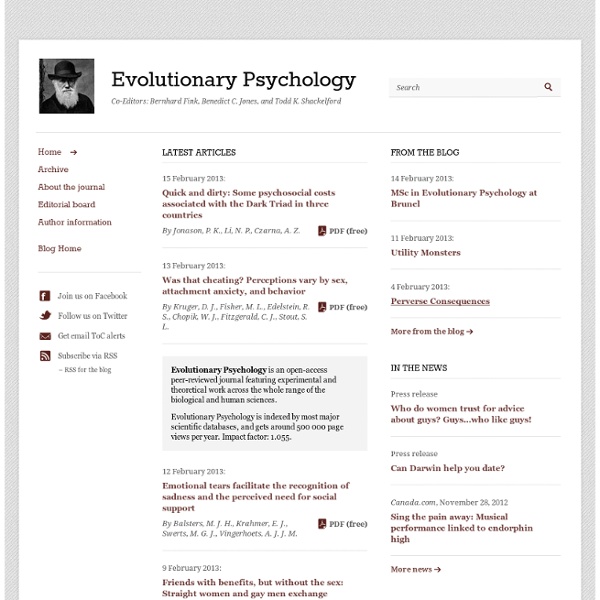 Popular psychology theories on self-esteem not backed up by serious research, study finds Low self-esteem is associated with a greater risk of mental health problems such as eating disorders and depression. From a public health perspective, it is important for staff in various health-related professions to know about self-esteem. However, there is a vast difference between the research-based knowledge on self-esteem and the simplified popular psychology theories that are disseminated through books and motivational talks, reveals research from the University of Gothenburg. Current popular psychology books distinguish between self-esteem and self-confidence. It is also believed that it is possible to improve self-esteem without there being a link to how competent people perceive themselves to be in areas they consider important. This is in stark contrast to the results of a new study carried out by researcher Magnus Lindwall from the University of Gothenburg's Department of Psychology and colleagues from the UK, Turkey and Portugal.

World Socialist Web Site Editing Reality In September 2007, the British press reported on an unusually macabre story. Ten years earlier, a widow had died at the age of 84 from an embolism brought on by a thrombosis in one of the veins in her legs. However, the widow's two middle-aged daughters queried this cause of death, and asked the funeral parlour to keep their mother's cadaver in cold storage. The initial purpose for this request had been to obtain a second opinion, but ten years later the cadaver had still not been interred. Instead, the daughters had been having the cadaver brought out into a chapel of rest to be visited by them at regular intervals. With the passing years, the cadaver had decomposed into little more than a skeleton with a bit of stretched, scaly skin over the head and upper body. Denial, a term that is often dropped into casual conversation, is the simple refusal to admit to certain unacceptable or unmanageable aspects of reality, even in the face of overwhelming evidence for their existence.

Games - Free Online Games at Addicting Games! Blame Game Blog How Memory Works: an Infographic For our blog’s sections on ‘Your Brain‘ and ‘Test Prep‘, we’re always on the lookout for great articles, videos and charts on memory and retention. By helping you understand how our brains work, we want to allow you to try different approaches to studying that will hopefully help you become better learners for life. Over time, we’ve compiled articles on brain foods, how motivation and memory works, methods for better retention, … If we take a look at the sum of all articles and areas of interest, it seems obvious that there should be one chart that combines all of these elements that make up and influence our memory. Thanks to onlinecolleges.com, there now is. Dr. Bill, whom some of you may know as the “Memory Medic”, wrote a short mention of this infographic on this blog after one of its creators mentioned it to him.