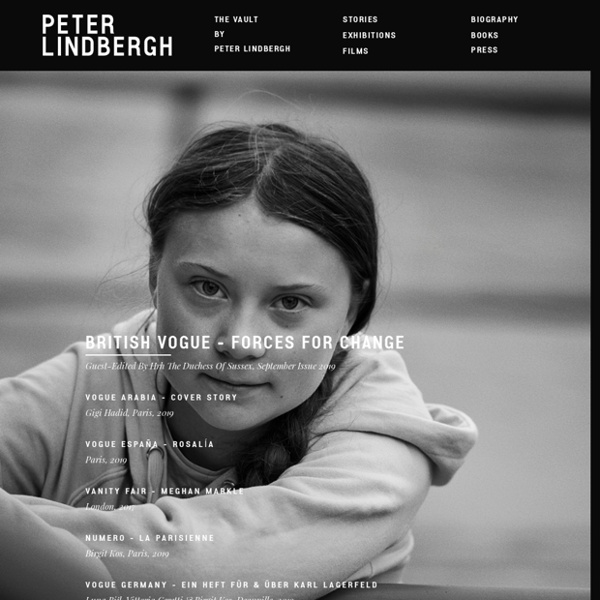 Studio lighting: 4 seriously simple lighting techniques to try at home Studio lighting can seem daunting if you’ve never tried it before. However, most portrait photography lighting techniques are not nearly as scary as most people think. By using a simple home photo studio kit with just a couple of flash heads and a few basic accessories, you can get great results in no time at all. In fact, it’s arguably easier to use a studio lighting setup than off-camera flash. For this studio lighting tutorial we’re using a two-head Elinchrom D-Lite it 2 Studio 2 Go kit, which costs about £500 ($630), but there are plenty of other options to choose from that will suit any budget. We’ll take you through some of the standard kit you need, and show you four great studio lighting techniques for shooting professional-looking portraits in your home photo studio, with the help of our beautiful model, Jade.

Man Ray phototheque officielle manray-photo.com, Man Ray phototheque officielle Internet site officially authorized by the Man Ray Trust to offer, under certain conditions, reproductions of the Man Ray artworks. These images are displayed only to allow the inspection for purposes of placing reproduction orders, within a professional framework. These works of Man Ray are protected by the legislation concerning literary and artistic property in all countries. The rights of the beneficiaries, the Man Ray trust, are managed by ADAGP. To reproduce, represent, publish or broadcast an artwork of Man Ray, you must obtain the prior authorization of ADAGP or its foreign correspondents and pay the relevant royalties.

Dayanita Singh b. 1961, India Dayanita Singh’s photographic work often presents a curious view of the seemingly everyday. Her recent projects use the possibilites and peculiarities of colour film to produce lush photographs saturated with intense colour. These works present a landscape which exists as much in the artist’s imagination as in the real world. Publishing is also a significant part of the artist’s practice: in her books, often published without text, Singh experiments with different ways of producing and viewing photographs Selected Exhibitions

Franco Fontana Franco Fontana is an Italian photographer born in Modena, on December, 9th, 1933. He is best known for his abstract colour landscapes. Fontana's photos have been used as album cover art for records produced by the ECM jazz label. He is known as the inventor of the photographic line referred to as concept of line. 101 Self-Portrait Ideas to Spice Up Your Facebook Profile Email Do you feel uninspired? Have no models or interesting subjects available? You are the best model and photographer at the same time! Andre Kertesz / Biography & Images - Atget Photography.com Perhaps more than any other photographer, Andre Kertesz discovered and demonstrated the special aesthetic of the small camera. These beautiful little machines seemed at first hardly serious enough for the typical professional, with his straightforward and factual approach to the subject. Most of those who did use small cameras tried to make them do what the big camera did better; deliberate, analytical description. Kertesz had never been much interested in deliberate, analytical description; since he had begun photographing in 1912 he had sought the revolution of the elliptical view, the unexpected detail, the ephemeral moment ___ not the epic but the lyric truth. When the first 35mm camera ___ the Leica ___ was marketed in 1925, it seemed to Kertesz that it had been designed for his own eye.

John Riddy b. 1959, Northampton, England One of the most distinctive voices in British contemporary photography, John Riddy’s practice exists in a singular relationship to a particular photographic inheritance. His photographs are meditations on the individuality and poetry of certain places. His subject matter is broad – ranging from the unassuming domestic interior to images of Renaissance or Modernist architecture and the specific qualities of certain city spaces. Time, atmosphere, spatial illusion and cultural histories are compressed and extended in pictures that aim to defeat our expectations of photographic descriptions. Selected Exhibitions

Paul McDonough: “New York City 1968-1972” documents the quirky nature of New York street photography (PHOTOS). © Paul McDonough. Courtesy Sasha Wolf Gallery, New York City. Photographer Paul McDonough has a knack for catching passing, off-kilter incongruities on the New York City streets. He arrived in the city in 1967 and started taking photographs of unique moments happening around him; the New York City 1968-1972 series is said to be his first as a photographer. Florian Maier-Aichen - Artwork - The Saatchi Gallery 1973 Born in Stuttgart, Germany Lives and works in Cologne, Germany and Los Angeles 2007 Museum of Contemporary Art, Los Angeles Corkin Gallery Mädler presents ‘without cynicism’ the appearance of things, not denouncing or lecturing, and his pictures arouse emotions without veering into pathos… He strives to concentrate on something ‘essential in his pictures … and produces an atmosphere that makes the world outside the camera’s frame appear irrelevant to the spectator.’ - Katharina Menzel Capturing monochromatic stretches of the natural world – vast tracts of ocean, sky or golden fields, Frank Mädler’s images are devoid of any locating markers. His experimentation with traditional technique conjures an ethereal, mirage-like quality to his work that is both alluring and haunting. Landscapes appear as flattened, almost two dimensional studies in colour and pattern. These ambiguous and abstract compositions play with concepts of distance, monumentality, and illusion.

STEVEN KLEIN STUDIO In between songs, Gaga offered some playful, theatrical banter in her best whispery-baby Marilyn Monroe impression. She made sure to point out her genuine pleasure in seeing in the balcony collaborator Tony Bennett (with whom she’s releasing an album of duets with later this year), and director/photographer Steven Klein, who was behind her “Alejandro” video. She climbed a rose-draped ladder to Tony at one point and later remarked on how moving it was to see her dad and Steven Klein meet and hug backstage. Being the theatrical, bawdy star she is, she ended her very genuine anecdote on Klein and her father by saying “Daddy, he’s the nice man who took that pretty picture of my pussy!”