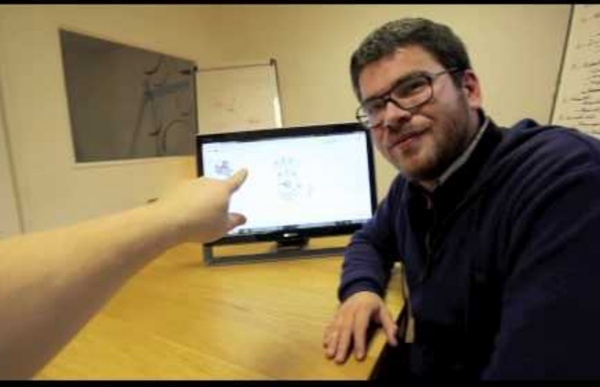 Curation Becomes Social: Pearltrees Launches 'Team' Version Posted by Tom Foremski - December 7, 2010 [For much of this year I have been working with Pearltrees, which offers a visual web site curation service based on the visual metaphor of 'pearls' please see below for an example.] Pearltrees this week launched a "Team" version of its curation service that allows groups of people to collaborate on curating a topic. Up until now each Pearltree was the responsibility of one person.

Social Networking, Pearltrees & Curation can increase Hubpages Traffic How do the Numbers Add up Statistically here, using Pearltrees I've increased my traffic levels here, using Pearltrees significantly, in the short 5 months I've been a writer for hubpages. This form of social sharing is definitely going to change how you view the web, entirely, and this sharing actually will make hubpages much more popular, once more people catch on to the sharing on Pearltrees as well. I shared my hubs 100+ times on Pearltrees the first week, & I track the stats on both Google Analytics for Hubpages traffic, as well as on Hubpages for pearl stats. Sharing Amongst the social community of Pearltrees

The Curation Buzz... And PearlTrees Posted by Tom Foremski - April 12, 2010 My buddy Dave Galbraith is the first person I remember to first start talking about curation and the Internet, several years ago. He even named his company Curations, and created a tool/site for curation: Wists. Pearltrees Dives Into Social Curating With Pearltrees Team Content curation and mapping service Pearltrees has decided to focus on the fact that people want to do things in groups and has as of today upgraded its core product with a groups functionality, called Pearltrees Team. Now accesible just by logging in, Pearltrees Team allows you to hook up with other people in order to create a Pearltree collaboratively in realtime. Ideally this goes down as such: You really care about fashion so you search for fashion in the Pearltrees search box and are confronted with really elaborate visual cluster displays of fashion blogs, each blog its own “pearl.” You decide that anyone who likes The Sartorialist is probably a good egg and click on the puzzle piece in the Pearltrees detail window in order to ask if you can join the team. If the team leader accepts, you then can see all the Pearltree curation happening as it happens as well as as comment on individual Pearltree decisions.

Opinions Libres - Le blog d'Olivier Ezratty The Traveling Geeks met with Patrice Lamothe from Pearltrees (@pearltrees) for nearly two hours at the beginning of the Traveling Geeks tour. This guy is running the Internet startup buzz playboo k like perfect, at least for a French startup: he did a tour in the Silicon Valley visiting local influencers and bloggers, sponsored the Traveling Geeks and Leweb, talking at Leweb in plenary session (twice…), creating plug-ins, buttons, that can be placed everywhere on social sites, his site is in English, and so on.

Hottest Stealth Startups [Graphic] Rumors of “the death of stealth mode” have been greatly exaggerated. Ever since angel investor Chris Dixon tweeted, “New early-stage start up trend: get big quietly, so you don’t tip off potential competitors” back in March you can’t grab a coffee at The Creamery without hearing a “We’re in stealth mode” come out some neophyte founder’s mouth. Multiple startups I have contacted for coverage have uttered the dreaded epithet and declined press despite a growing userbase. I’ve spoken to a handful of VCs who hold that it’s getting increasingly difficult to announce funding or undertake any sort of publicity for the nascent companies they’re involved with.

Pearltrees Visualizes How You Organize the Web This post is part of Mashable's Spark of Genius series, which highlights a unique feature of startups. If you would like to have your startup considered for inclusion, please see the details here. The series is made possible by Microsoft BizSpark. Name: Pearltrees Quick Pitch: Pearltrees is a new visual way to organize content on the Web and connecting people's interests. Genius Idea: How do you organize the web on the browser?

Buzzing with Social Curation Tools! Today, we are all facing information overload, and it is often difficult to find what we are looking for, especially if we are looking for updated collections of resources to support a topic, issue or idea. Major search engines like Google, Bing and Yahoo don't exactly do a great job in assisting either, which might also be partially due to the growing influence and spam of 'Search Engine Optimization (SEO)' gurus, engines and companies. It is amazing how much spam comments I get on this blog alone (10 - 20 spam comments a day!) Pearltrees Brings Your Interest Graph' to the iPad One of the more buzzword-y buzzwords in Silicon Valley right now is the "interest graph," which is supposed to connect people and the topics that they're interested in. Lots of startups promise to tap into the interest graph, but Pearltrees CEO Patrice Lamothe says a new app from his startup is "maybe the first time you actually see an interest graph." The new feature, which Lamothe variously describes as "visual discovery" (his pitch to the tech press) and "related interests" (what it's actually called in the app), is included in the just-launched iPad application from the previously Web-only company. Related interests have also been added to the Pearltrees website, but Lamothe is clearly more excited by the iPad version—he warned that the Web experience probably isn't quite as good. That kind of self-deprecation from a startup CEO is a little strange, except that the Pearltrees iPad app is pretty impressive.

Pearltrees Visualizes TechCrunch Disrupt Did TechCrunch Disrupt blow right past you? I’m pretty sure I’m going to have to watch that video of Eric Schmidt’s keynote about five times before I actually understand what was going on, and don’t even get me started on “Dancing Erick.” For those that are likewise, um disrupted, data curation tool Pearltrees has created the above tree visualization, which allows you to relive the three day info hurricane on your own terms by clicking through any of the available “pearls” or data nodes. For the uninitiated, Pearltrees is a free visual curation tool that allows you to organize the web into subscribable clusters, either by pulling in data from your browser or by crawling what you follow on Twitter.