Top 10 Sites to Help Develop Your Creative Side 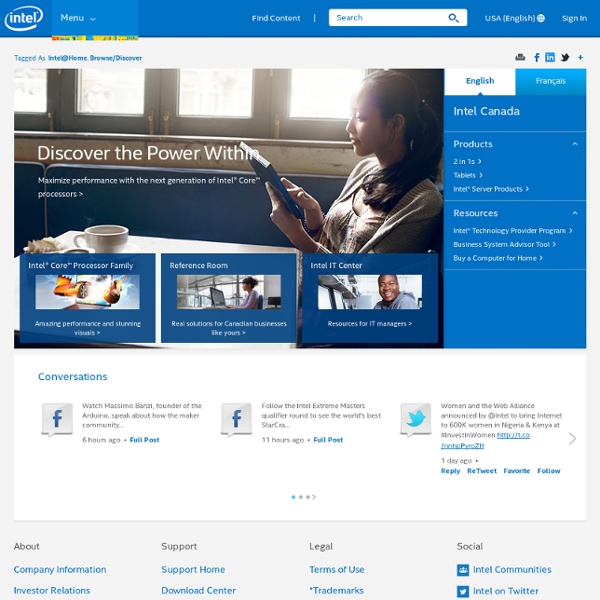 A Creative Buzz - Ideas Market By Christopher Shea People who like to write in cafes are onto something, it seems: A moderate level of noise—the equivalent of the background buzz of conversation — prompts more-creative thought, according to a study. Across several experiments involving more than 300 people, participants worked on a series of exercises demanding mental flexibility, including word-association games and practical problems. They brainstormed about how a mattress company might improve its product, for example, and devised as many uses as possible for a brick. People in the moderate-noise groups scored higher on the objective word-association test, and their answers to the other problems were rated, subjectively by peers, as more creative. A final experiment involved having students answer questions about consumer products at a computer station located in a public space. Source: “Is Noise Always Bad?

The Inspiration Paradox: Your Best Creative Time Is Not When You Think A bus company in China has launched a new “safe driving” campaign by suspending bowls of water over their drivers. To avoid getting wet, drivers must drive gently. In today’s technology-obsessed world, this solution is elegantly primitive. You might imagine that this simple yet ingenious idea was conjured by someone functioning at their very best, that such “aha insights” come when innovators are at their peak. Not so. Numerous studies have demonstrated that our best performance on challenging, attention-demanding tasks - like studying in the midst of distraction - occurs at our peak time of day. In a study I conducted, for example, participants were given three related cue words (e.g., SHIP OUTER CRAWL), and were required to find their common link (SPACE). But distraction is not all bad, and Wieth and Zacks have demonstrated that we can use our increased susceptibility to distraction at off-peak times to our advantage. Insight problems involve thinking outside the box.

10 Laws of Productivity You might think that creatives as diverse as Internet entrepreneur Jack Dorsey, industrial design firm Studio 7.5, and bestselling Japanese novelist Haruki Murakami would have little in common. In fact, the tenets that guide how they – and exceptionally productive creatives across the board – make ideas happen are incredibly similar. Here are 10 laws of productivity we’ve consistently observed among serial idea executors: 1. Break the seal of hesitation. A bias toward action is the most common trait we’ve found across the hundreds of creative professionals and entrepreneurs we’ve interviewed. 2. When our ideas are still in our head, we tend to think big, blue sky concepts. 3. Trial and error is an essential part of any creative’s life. To avoid ‘blue sky paralysis,’ pare your idea down to a small, immediately executable concept. 4. When working on in-depth projects, we generate lots of new ideas along the way. 5. 6. 7. 8. Few activities are more of a productivity drain than meetings. 9.

Use Image Searches Like a Thesaurus to Overcome Your Creative Blocks Are there empirical studies about how to be creative? Isn't it completely subjective and personal? yup. There are entire peer-reviewed journals committed to the subject. I'm writing my dissertation on the topic. It's largely tied to the problem-solving literature in Psychology. Creativity can't be "personal" anyways, as in order for something to be creative it has to be unique to a certain extent, which requires context and comparison. So then what do you think of the content of this article? Going to have to agree with you there. The Key to Creating Remarkable Things No one likes the feeling that other people are waiting – impatiently – for you to get back to them.At the beginning of the day, faced with an overflowing inbox, a list of messages on your voicemail, and the to-do list from your last meeting, it’s tempting to want to “clear the decks” before you start on your own most important work. When you’re up-to-date, you tell yourself, your mind will be clear and it will be easier to focus on the task at hand. The trouble with this approach is that you end up spending the best part of the day on other people’s priorities, running their errands, and giving them what they need. By the time you finally settle down to your own work, it could be mid-afternoon, when your energy has dipped and it’s hard to focus on anything properly. “Oh well, maybe tomorrow will be better,” you tell yourself. But when tomorrow comes round there’s another pile of emails, phone messages, and to-do list items. Here are a few tips to help you make the switch: 1. 2. 3. 4.

RainyMood.com: Rain makes everything better. Mycoted 4 Lessons In Creativity From John Cleese There’s a certain generation (or two) that owes its twisted, awkward, scorchingly black sense humor to John Cleese. Famous for his work with the Monty Python films and television series, the BBC comedy Fawlty Towers, as well as feature films like A Fish Called Wanda, the writer, actor, comedian and film producer knows from funny. But he also knows a thing or two about wrestling the creative beast, which is the topic Cleese was invited to speak about at last week’s Cannes International Festival of Creativity. Addressing a group of attendees from the Havas Media group, Cleese brought a storytelling flair to the topic of the creative process, something he’s been discussing for decades through his educational video company Video Arts, sharing tales of writing mishaps and lessons learned from leading creative and scientific minds. A story about your unconscious saving your ass; or letting your ideas bake “I’m not talking about the Freudian unconscious but the intelligent unconscious.

Kuriositas 7 Ways to Cultivate Your Creativity [Slide Show]: Scientific American Slideshows Email Order now to receive an issue of Scientific American MIND , risk-free, with no obligation to buy. » Get your risk-free issue today....[ More ] Give a Gift & Get a Gift - Free! Give a 1 year subscription as low as $9.99 Everything Random

"My Life Scoop", is that your page? Can it be found somewhere else now? Do you need some content? by ahwei Dec 31