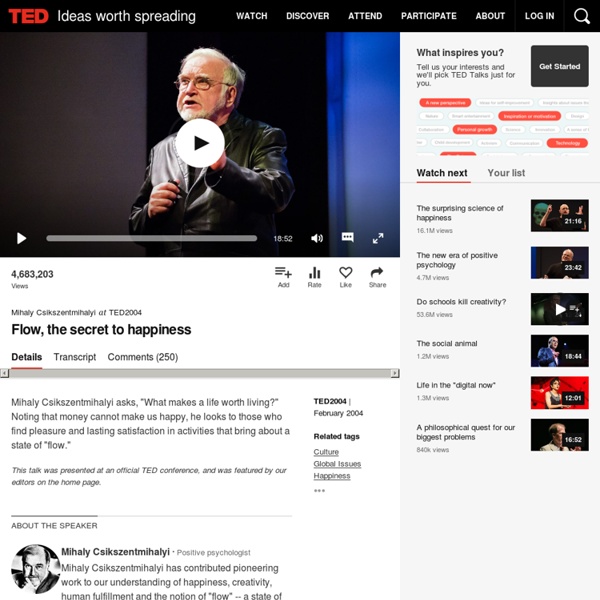 From Helplessness to Empowerment Via The Flow Channel When Martin Seligman, now recognized as the father of positive psychology, first began experimenting, he was hoping uncover the then elusive etiology of depression. By placing dogs in a condition similar to what a depressed person might feel – they were placed in harnesses and then delivered an inescapable shock – and then placing the same dogs in a situation where escape was possible, Seligman was hoping to better understand why some depressed people seemed to resist efforts to get better – even when they were right in front of them. As a control, Seligman put some dogs in the harnesses, and then delivered no shock – Group One. Group Two dogs were placed in the harnesses and delivered a shock which they could escape by placing a lever. The second part of Seligman’s experiment revealed something that continues to shape our understanding of psychology today. Perhaps most importantly, dialectical thinking is how we resolve the many contradictions that setbacks face us with.

Flow, Leadership and Serious Games: A Pedagogical Perspective By: Zoltan Buzady Ph.D., Central European University Business School, Hungary. Overview This special issue of the ‘World Journal of Science, Technology, and Sustainable Development’ focuses on new, computer-based and/or online learning tools with the aim to present current trends and innovations to professionals, consultants, instructors, and academics. The author of this contribution is a researcher and professor of leadership, who has encountered a truly innovative leadership development simulation game – FLIGBY – the features of which will be presented here. Its relevance for management education is grounded in its scholarly background: the theory of Flow, a core concept in positive psychology. Its relevance for practitioners in management and training is rooted in the way this serious game helps players to transpose abstract, theoretical concepts into daily management practices. Roots in Positive Psychology Extending Flow into Leadership Part 2 Comments comments

The Psychophysiology of Flow and Your Vagus Nerve Medically accurate illustration of the vagus nerve. Source: Sebastian Kaulitzki/Shutterstock This Psychology Today blog post is phase eight of a nine-part series called "The Vagus Nerve Survival Guide" which is designed to help you stay even-keeled in a topsy-turvy world. Each of the nine vagal maneuvers I've curated for this series can help you hack into the power of your vagus nerve in ways that will reduce stress, anxiety, anger, egocentric bias, and inflammation by activating the "relaxation response" of your parasympathetic nervous system. A variety of "self-distancing" techniques have also been found to reduce egocentrism and improve vagal tone (VT) as indexed by heart rate variability (HRV). article continues after advertisement Interestingly, the latest empirical evidence suggests that there is a correlation between parasympathetic engagement of the vagus nerve and creating a "flow state." Source: Wikimedia Commons/Public Domain Source: Photo by Christopher Bergland

Our Brains and Art 9Share Synopsis While most people know on some level that the arts can reach and move us in unique ways, there is actually science behind this. I am a sociologist by training. I come from academic world, reading scholarly articles on topics of social import, but they're almost always boring, dry and quickly forgotten. The arts can tap into issues that are otherwise out of reach and reach people in meaningful ways. The turn by many scholars to arts-based research is most simply explained by my opening example of comparing the experience of consuming jargon-filled and inaccessible academic articles to that of experiencing artistic works. Beginning with the power of fiction, there is a growing body of scholarship on the relationship between neuroscience and literature, often referred to as literary neuroscience. Natalie Phillips (2012) used the fiction of Jane Austen in a study about how reading affects the brain. Research on other art forms has similar implications.

Want More Flow In Your Life? Here Are Four Ways You’ve heard of the state of flow. Its when time stops, you become completely immersed in what you are doing, and you feel as if your actions and awareness merge perfectly, making the task seem almost effortless. And while flow comes with a host of benefits — from improved mood, concentration, immune function, awareness, and response to stress — it can be a very elusive state, and for that reason, hard to tap into. So how do we reach this enviable state? Employ Novelty As novel situations tend to peak curiosity, they are also natural gateways into flow. So how do we use novelty to drive flow? Get Outdoors Most people can relate to feeling better when spending time outside. But nature also offers an essential key to promoting flow – that is the self- transcendent experience. So how do we utilize nature to induce flow? Spend Time With Animals The therapeutic value of animals has been well documented for some time, yet, in many ways, they are natural flow inducers. Use Feedback Instruments

The Science and Philosophy of Friendship: Lessons from Aristotle on the Art of Connecting by Maria Popova “Friends hold a mirror up to each other; through that mirror they can see each other in ways that would not otherwise be accessible to them, and it is this mirroring that helps them improve themselves as persons.” “A principal fruit of friendship,” Francis Bacon wrote in his timeless meditation on the subject, “is the ease and discharge of the fulness and swellings of the heart, which passions of all kinds do cause and induce.” Philosophers and cognitive scientists agree that friendship is an essential ingredient of human happiness. Happiness is influenced, as one might expect, by all of the “big five” personality traits: agreeableness, conscientiousness, extraversion, neuroticism, and openness. … As research conducted by Meliksah Demir and Lesley Weitekamp also clearly shows, however, friendship augments happiness above and beyond the basic effect of personality. Maurice Sendak illustration from 'I'll Be You and You Be Me,' a vintage ode to friendship by Ruth Krauss.

What is Flow in Psychology? Home » Happiness & SWB » What is Flow in Psychology? Definition and 10+ Activities to Induce Flow Have you ever been completely and utterly immersed in a task? Oblivious to the outside world, focused only on your own progress and what’s going on right here and now? Maybe you’ve been doing something you love, like playing music or a certain sport, before realizing that time has totally passed you by? If you’ve answered yes to any of these questions, it’s likely that you’ve been experiencing a state of Flow. Flow is one of life’s highly enjoyable states of being, wrapping us entirely in the present, and helping us be more creative, productive, and happy. What is the Concept and Meaning of Flow? Psychological Flow captures the positive mental state of being completely absorbed, focused, and involved in your activities at a certain point in time, as well as deriving enjoyment from being engaged in that activity. “My mind isn’t wandering. The Theory and Psychology of Flow I find Flow when…

Movers and makers: the most powerful people in the art world | Art and design Gerhard Richter The greatest painter alive, and the most fastidious: his Cologne studio is spotless, every brush and squeegee clean. His diaries are a hoot too: "Art is wretched, cynical, stupid, helpless, confusing … worse than insanity" Ai Weiwei The most famous artist since Warhol, and a true polymath: sculptor, architect, digital pioneer, questionable heavy metal musician. Jeff Koons Cloyingly earnest, unfailingly polite and richer than you'll ever be. Cindy Sherman Conceptualist whose three decades of staged self-portraits – as a clown, as an heiress, as a Renaissance Madonna – transformed the reception of photography in museums and the market. Damien Hirst Like any shark, he has to keep moving to breathe. Isa Genzken If some kid's art looks innovative today, it's safe to assume Genzken did it 20 years ago. Matthew Barney Devastatingly handsome Yalie, baby-daddy to Björk, and the only heterosexual to spend a decade making art about muscles that raise and lower the testicles. Agnes Gund

How to Measure Flow with Scales and Questionnaires Someone who’s really caught up in what they are doing might say “I’m in the zone.” Positive psychologists use a similar term for this state: ‘Flow.’ Flow refers to the positive experience of complete absorption in an activity that is both spontaneous and effortless (Csikszentmihalyi, 2000; Nakamura & Csikszentmihalyi, 2014). In other words, during a flow state, one is so happily absorbed in what they are doing, that their thoughts and actions flow freely. Given that a state of flow is optimal for many aspects of life (i.e., work, creativity, learning, etc.), researchers have a keen interest in identifying how to best measure it. In this article, we will examine science-based methods designed for the measurement of flow. How Can We Measure Flow? Flow is a subjective experience, which creates a challenge when it comes to identifying psychometrically sound measurement (Jackson, Martin, & Eklund, 2008). Interview questionnaires;Experience sampling methods; andSelf-report questionnaires. 1. 2.

How Diego Rivera Met the Fierce Teenage Frida Kahlo and Fell in Love with Her Years Later by Maria Popova “I did not know it then, but Frida had already become the most important fact in my life. And she would continue to be, up to the moment she died…” There is something singularly mesmerizing about the fateful encounters that sparked epic, often turbulent, lifelong love affairs — take, for instance, Gertrude Stein and Alice B. Toklas or Sylvia Plath and Ted Hughes. In a section titled An Apparition of Frida, Rivera describes his first encounter with the fierce teenage Kahlo while painting his first significant mural, Creation, at the Bolívar Auditorium of the National Preparatory School in Mexico City in 1922. Diego Rivera and Frida Kahlo in Mexico, 1933 (Photograph by Martin Munkácsi) While painting, I suddenly heard, from behind one of the colonial pillars in the spacious room, the voice of an unseen girl.Teasingly, she shouted, “On guard, Diego, Nahui is coming!” 'Nothing compares to your hands, nothing like the green-gold of your eyes. I didn’t come here for fun.

24 Haunting Images Of Abandoned Places That Will Give You Goose Bumps. #16 Is Insane. 1. I.M. Cooling Tower, Belgium These are parts of a cooling tower in an old power station in Monceau, Belgium. The trumpet-like structure in the middle introduced hot water to the structure, where it then cooled while dripping down hundreds of small concrete troughs and slats. 2. Kolmanskop was a small settlement in Namibia that saw a boom in the early 1900s when German settlers realized that the area was rich in diamonds. 3. 102-Year-Old Floating Forest in Sydney, Australia This is the hull of the SS Ayrfield, a large steam ship condemned to dismantling in Homebush Bay, Australia after WWII. 4. The Maunsell Sea Forts were erected near the Thames and Mersey rivers in Britain to help defend against potential German air or naval raids during WWII. 5. This house was part of what was once a fairly successful small island colony in Chesapeake Bay in the U.S. 6. Pripyat was established on Feb. 4th, 1970 in Ukraine near the border of Belarus as a Soviet nuclear city. 7. 8. 9. 10. 11. 12. 13.