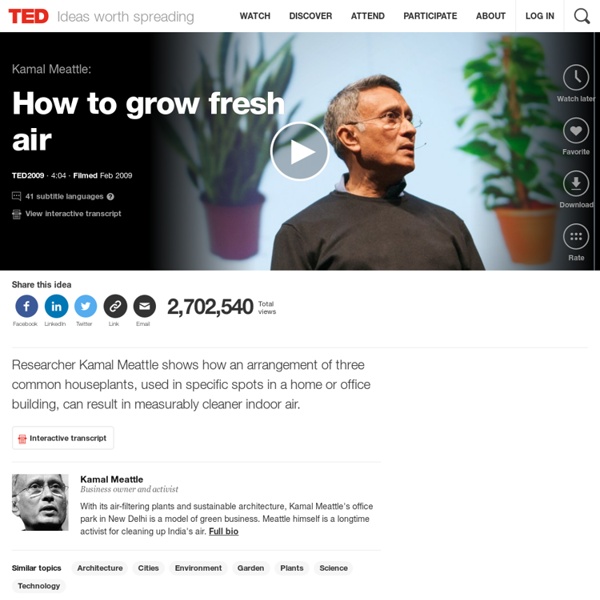 Make the most of your 20s: Meg Jay at TED2013 In her 20s, Meg Jay saw her first psychotherapy client, Alex, who was there to talk about her guy problems. Jay didn’t take the sessions all too seriously at first. But then her supervisor gave her a wakeup call. For Jay, it was an a-ha moment. There are 50 million 20-somethings in the US — that’s 15% of population. “Claiming your 20s is one of simplest things you can do for work, happiness, love, maybe even for the world,” says Jay. Jay worries that messages in the media about the changing timetable of adulthood, and the 20s being an “extended adolescence,” are trivializing this important decade. Jay also takes issue with the phrase “you can’t pick your family, but can pick your friends.” “Too many 30-somethings and 40-somethings look at themselves and say about their 20s, ‘What was I doing? So what can 20-somethings do? Jay explains, “Twenty-somethings are like airplanes, just taking off from LAX heading for somewhere west. Meg Jay’s talk is now available for viewing.

Population pyramids: Powerful predictors of the future - Kim Preshoff If your selected country was not represented by a population pyramid in the lesson, you may wonder what it looks like. The U.S. Census Bureau has an International Data Base that can help you create one. Is your country a fast, slow or no growth pyramid?The current world population can be seen ticking on the World Population Clock. Factors such as better water, food, medicine, industry, and health care have caused the world population to grow exponentially. 20 Gifs That Teach You Science Concepts Better Than Your Teacher Probably Can These Gifs are astoundingly elegant. 10) Here’s how you convert Cartesian (rectangular) to Polar Coordinates 9) This is how Exterior Angles of Polygons work (they add up to 360 degrees) 8) This is a Hyperboloid made up of straight lines 7) This is also a Hyperboloid of straight lines 6) This is how White Blood Cells keep you safe (in the video, a white blood cell chases and engulfs this bacteria–watch until the end!) 5) This is Earth’s ice and vegetation cycle over a year 4) There is Flammable Matter in Smoke (it’s not just nothingness, obviously) 3) This is what it looks like when you set a Flammable Gas on fire in a glass jar 2) This is vortex pinning (A superconductor levitates over a magnetic track) 1) This is how Tension works in relation to falling objects (watch a slinky fall to the Earth; this is how slinkies always fall) Over the course of a single year, we compile thousands of articles, and generate dozens upon dozens of high-quality videos and infographics. Stop by and say hello.

'Cool Blue' Energy Efficiency Public release date: 1-Jun-2012 [ Print | E-mail Share ] [ Close Window ] Contact: Mas Subramanianmas.subramanian@oregonstate.edu 541-737-8235Oregon State University CORVALLIS, Ore. – A new type of durable, environmentally-benign blue pigment discovered at Oregon State University has also been found to have unusual characteristics in reflecting heat – it's a "cool blue" compound that could become important in new approaches to saving energy in buildings. The compound, which has now received patent approval, was discovered about three years ago almost by chance, as OSU scientists were studying some materials for their electrical properties. Its potential use to help reduce heat absorption on the roofs and walls of buildings – which is an evolving field of considerable interest in warm regions where cooling is a major expense – adds another role for the material, which is now being considered for various commercial applications. [ Print | E-mail AAAS and EurekAlert!

The art of science: Stunning, psychedelic images from Fabian Oefner In his TEDGlobal 2013 talk, Fabian Oefner shares breathtaking images at the nexus of art and science, which beautifully capture unique moments of physical and chemical drama. Formally trained in art and design, Oefner says that he has always been interested in science. Though he can’t pinpoint the exact moment when he became interested in pairing his two loves, he views both pursuits as inextricably linked by a crucial bond: “The most important quality of science or art is curiosity,” Oefner tells TED. “That’s what keeps me going and always finding something new.” Marbelous No. 05 (2013) An unusual look at the properties of oil, as colorful marbles of oil paint float in a solution of water and methylated spirits. Grain of Scent (2013) Tiny individual droplets of a liquid mixed with spray paint hang in the air for a fraction of a second, forming a scent sculpture. Aurora No. 01 (2013) This image illustrates the combustion of alcohol. Vanishing Beauty (2012) Powders can behave like fluids.

Teaching Science With Lynda: Interactive Science Notebooks Those of you that follow know that I am just crazy about interactive science notebooks. I especially like the use of 3-d graphic organizers or foldables to help students demonstrate their learning in a creative and meaningful way. First I teach an inquiry based lesson, such as a learning cycle. Then I have students choose certain concepts to demonstrate in their notebook. Entries should have the following information: Title (or Focus Question) Date Explorations (What did I do?) Here are some student pages following a lesson on animal adaptations. The tri-fold give them plenty of room to write their great ideas and conclusions. In a related lesson, student learned about Camouflage and Mimicry. Because the pale moths sat quietly on the pale lichens during the day, predatory birds could not easily see them. Students colored a paper moth and hid it in the hallway for others to find. A piece of newspaper was used to make a small square. šDate šExplorations (What did I do?) šTeacher Tips