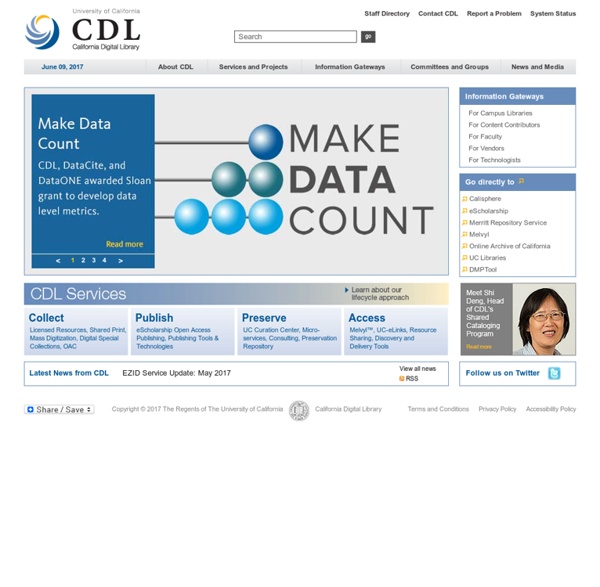 OurStory : Activities : Full Steam to Freedom Historic time period: 1850–1877 150 years ago, the Civil War tore the United States of America into two parts, the Union and the Confederacy. Many people were involved in the war, from fighting on the battlefields to farming the food for soldiers, from acting as a spy between the sides to serving as a nurse. The National Museum of American History has a large and diverse collection of Civil War objects, from cannonballs to uniforms and photographs to newspapers. Seven Miles to Freedom tells the story of a young man who was born a slave, but escaped to freedom with his family. Read This Book You can learn more about Robert Smalls by exploring these books. Featured Book Seven Miles to Freedom by Janet Halfmann SEVEN MILES TO FREEDOM The Robert Smalls Story Text copyright (c) 2008 by Janet Halfmann Illustrations copyright (c) 2008 by Duane Smith. Recommended Book Read Seven Miles to FreedomMeet Robert Smalls, a man who was born a slave, but made a daring escape and went on to become a U.S.

About the AVL The Alabama Virtual Library provides all students, teachers, and citizens of the State of Alabama with online access to essential library and information resources. It is primarily a group of online databases that have magazine, journal, and newspaper articles for research. Through the AVL, an equitable core of information sources is available to every student and citizen in Alabama, raising the level of excellence in schools and communities across the state. If you enjoy the benefits that AVL brings to your school, college, library or home, please take a few minutes to thank your local legislators for providing this resource for the State of Alabama. You are IP authenticated! Your location is inside the state of Alabama so you are automatically logged in to use the AVL What's this? You are not IP authenticated. If you do not have an AVL Card, please request one at your local public library or your local public school library if you are a student. Connect with AVL

Ecosystem History and development The term "ecosystem" was introduced by Arthur Roy Clapham in early 1930s and became more widely known via the works of Arthur Tansley, a British ecologist.[fn 1][10] Tansley devised the concept to draw attention to the importance of transfers of materials between organisms and their environment.[11] He later refined the term, describing it as "The whole system, ... including not only the organism-complex, but also the whole complex of physical factors forming what we call the environment".[12] Tansley regarded ecosystems not simply as natural units, but as mental isolates.[12] Tansley later[13] defined the spatial extent of ecosystems using the term ecotope. G. Ecosystem processes Ecosystems are controlled both by external and internal factors. Unlike external factors, internal factors in ecosystems not only control ecosystem processes, but are also controlled by them. Primary production Energy flow Left: Energy flow diagram of a frog. Decomposition Nutrient cycling

State Digital Resources (Virtual Programs & Services, Library of Congress) The Library of Congress American Memory project, Primary Sources by State, State Resource Guides, and other digital initiatives provide free access through the Internet to the treasures of the Library’s collections that document America’s history, culture, and creativity. Across the country, the archives, cultural institutions, museums, and libraries of many states are collaborating to create similar projects. They provide unprecedented access to materials that document local and regional growth and development as well as a look at the cultures and traditions that have made individual states and communities unique. Please note that these links are provided as a convenience and for informational purposes only; they do not constitute an endorsement or an approval by the Library of Congress. │A C│D F│G H I │K L M │N O P │R S T│U V W │Multi-State │ Alabama Alaska Arizona Arkansas California Colorado See also Multi-state collaborations Connecticut Delaware Florida Georgia Hawaii Idaho Illinois Indiana Iowa

Smithsonian Institution Marine Science Network The Smithsonian Marine Science Network (MSN) was established in 1998. The MSN operates a unique array of laboratories and research vessels that spans the latitudinal gradient of the western Atlantic (Chesapeake Bay, Indian River Lagoon, Mesoamerican Barrier Reef and Panamanian Coast) and crosses the isthmus of Panama. The Network is dedicated to understanding the rich biodiversity and complex ecosystem dynamics that sustain coastal processes and productivity. MSN scientists study evolutionary, ecological, and environmental change in the ocean’s coastal zones, increasing scientific knowledge of these environments, and improving society’s appreciation of the ocean’s effect on our lives. Coastal environments are of immense economic and environmental importance and comprise 95% of the ocean’s fisheries. Overview of Marine Science Network Smithsonian Institution / Copyright / Privacy

georgia-Welcome to GALILEO Through GALILEO, Georgia citizens have access to authoritative, subscription-only information that isn't available through free search engines or Web directories. Here's a sampling of what's inside: Digital Library of Georgia: Digital collections related to the history and culture of Georgia, including photographs, maps, and primary source documents. eBooks on EBSCOhost: 1000's of electronic books on many topics including history, hobbies, and scholarly research. EBSCOhost: Magazine and journal articles on all subjects. Encyclopædia Britannica: Online version of the Encyclopædia Britannica including authoritative information on people, places, events with articles, videos, and more.

Mathematics Illuminated | Unit 11 | 11.6 Ecosystems A food chain or food web is a graphic way of representing predator-prey and symbiotic relationships that exist in ecosystems. For most of this unit we have been focusing mainly on physical, human-made networks, such as our power grid, the Internet, and the nation's highway system. We have also looked briefly at intangible networks, such as webs of social connections. One common aspect of ecosystems is the food chain. A food chain provides a convenient way of obtaining a rough approximation of what happens in an ecosystem. Item 2919 /Neo Martinez, UNITED KINGDOM TROPHIC WEB (2005). Item 2920 / Neo Martinez, CARIBBEAN REEF TROPHIC WEB: IMAGE 1 (2005). Food webs are examples of directed graphs, because certain relationships are "one-way streets." Alternatively, remoras are fish that tend to attach themselves to sharks and feed off of scraps, bacteria, and feces. back to top Networks in nature are constantly changing. At each step in a food chain or web, a certain amount of energy is lost.

Coh-Metrix The Text Easability Assessor provides percentile scores on five characteristics of text, including Narrativity, Syntactic Simplicity, Word Concreteness, Referential Cohesion, and Deep Cohesion. The five text easability scores are extracted from a wide range of linguistic features calculated by Coh-Metrix. The Text Easability Assessor allows educators to enter a short passage (of fewer than 1000 words) and view a profile of the passage. Simply log on and view your texts’ easability profiles!

Creative writing and kids: How to encourage it - chicagotribune.com June 14, 2011|By Wendy Donahue, Tribune Newspapers Parents nowadays worry more about the creative writing their kids do on Facebook than the kind in English assignments. But even for 140-character Tweets, encouraging children to put ideas into words is as vital as ever, says Pen Densham, screenwriter of films such as "Robin Hood: Prince of Thieves" and a teacher at the University of Southern California. He shares his views on the role creative writing can play for children today. Q: Is creative writing an endangered skill in this tech age? A: No. Q: How can parents encourage creative writing in their children? A: Each kid is like an uncut diamond. Q: Why should adults encourage creative writing? A: It is important to embrace creativity for personal growth, not for an end result. We are traveling into a world where technology and humanity are changing at lightning speed. Money is not as important as being harnessed to a passion. Q: Can Facebook provide a real creative outlet?

Internet E-MAIL (ELECTRONIC MAIL) Every person has an e-mail address which takes the form of his or her name, the @ (at), and a domain name, such as jsmith@mammoth.com. The domain name contains the name of the person’s service provider or organization or provider and often its country, each separated by a dot. The domain name mammoth.com stands for Mammoth Corporation, which is a commercial organization (com). E-mail offers you more than a quick and easy way to send people written messages. It is possible to use e-mail to send computer data, such as word-processed documents and images. back to termsback to top SEARCH ENGINE You can locate useful or interesting web sites by using a search engine. back to terms back to top BACKBONE A network of routing computers – the Internet backbone – links organization and service providers. WEB SITE Every web site has an Internet address, which takes the form To visit a web site, your computer must have a browser.

The freshwater biome Online exhibits : The world's biomes The freshwater biome Freshwater is defined as having a low salt concentration — usually less than 1%. Plants and animals in freshwater regions are adjusted to the low salt content and would not be able to survive in areas of high salt concentration (i.e., ocean). There are different types of freshwater regions: Ponds and lakes These regions range in size from just a few square meters to thousands of square kilometers. The topmost zone near the shore of a lake or pond is the littoral zone. The near-surface open water surrounded by the littoral zone is the limnetic zone. Plankton have short life spans — when they die, they fall into the deep-water part of the lake/pond, the profundal zone. Temperature varies in ponds and lakes seasonally. Streams and rivers These are bodies of flowing water moving in one direction. Wetlands Wetlands are areas of standing water that support aquatic plants.

Ecosystems Ecosystems The plants and animals that are found in a particular location are referred to as an ecosystem. These plants and animals depend on each other to survive. In a delicate balance, these lifeforms help to sustain one another in regular patterns. As an example, consider what happens when a new plant or animal is introduced into an ecosystem where it did not before exist. Throughout the history of the Earth, the delicate balance found within ecosystems has been disrupted by natural disasters such as fires, floods, storms, volcano eruptions, and so forth.